How to Draw a King Brown Snake 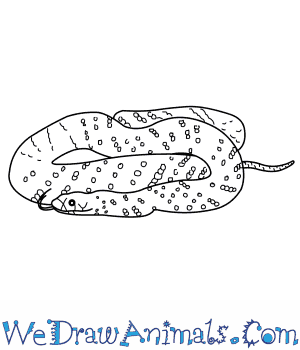 In this quick tutorial you'll learn how to draw a King Brown Snake in 5 easy steps - great for kids and novice artists.

At the bottom you can read some interesting facts about the King Brown Snake.

How to Draw a King Brown Snake - Step-by-Step Tutorial 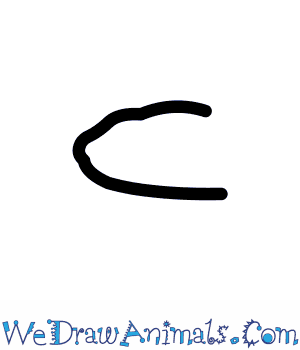 Step 1: Start the snake by drawing the head. It is a sideways "U" with the open end at the right side. 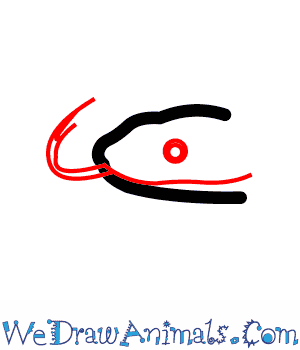 Step 2: Right in the middle of the head draw a round eye. Just below the eye draw a long line from the tip of the nose to make the mouth. On the left side of the nose line draw two thin lines to make the tongue. It bends sharply upwards and to the right. 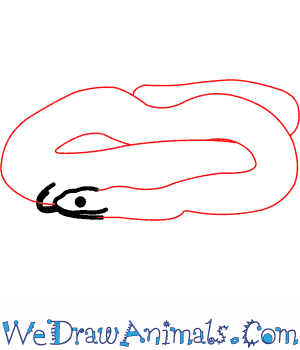 Step 3: Next draw the body. It is the same width all the way along. Continue the top and bottom head lines to the right. Then bend both lines up and to the left. Just beyond the head bend the two lines back toward the right under the first loop. On top of the first loop draw one more curved line to the middle of the top loop. 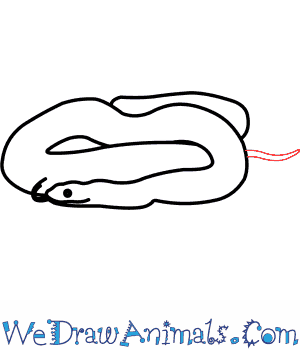 Step 4: Just below the last body line you drew draw two very thin short lines to make the tail. The lines come together at the tip. 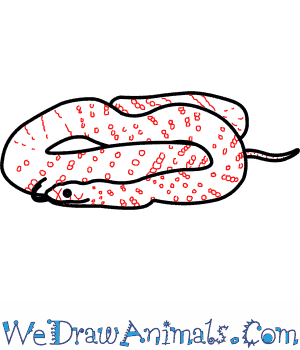 Step 5: Now draw the pattern. There are lines of circles all along the body.

The King Brown Snake is a member of the reptile group and the scientific term for them is Pseudechis australis. As the proper name indicates, this animal is brown, but it is related to a family of black snakes – so this species is the lightest color of their relatives. Other common names for this creature are the King Brown, Mulga Snake, and Pilbara Cobra. They are one of the longest venomous snakes in the world and lives in almost all areas of Australia.?

The animals live in forests, prairies, or deserts, in holes or under debris. These creatures eat mostly lizards, birds, mammals, frogs, but occasionally other venomous snakes. Their babies must hatch and feed by themselves, as the mother has no parental duties after giving birth. There have been reports of these snakes biting people in their sleep. 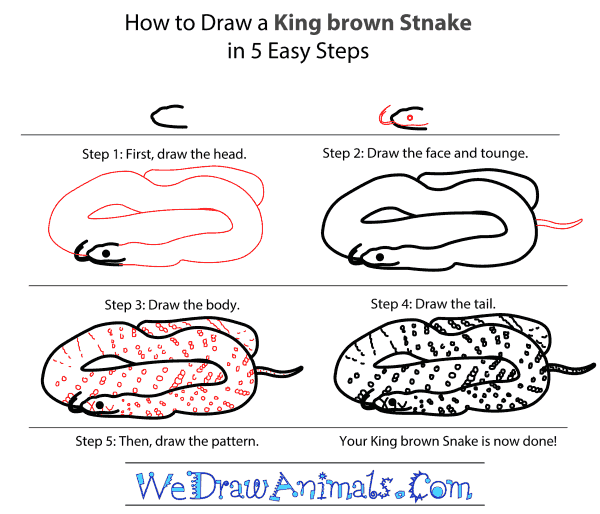 How to Draw a King Brown Snake – Step-by-Step Tutorial