How to Draw a Linnet 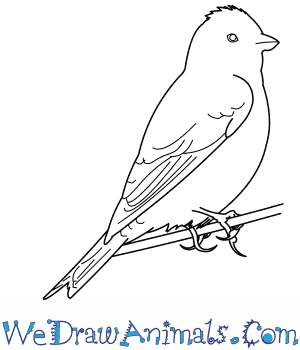 In this quick tutorial you'll learn how to draw a Linnet in 9 easy steps - great for kids and novice artists.

At the bottom you can read some interesting facts about the Linnet.

How to Draw a Linnet - Step-by-Step Tutorial 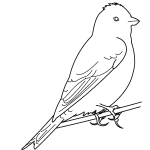 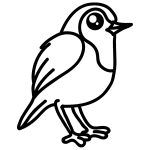 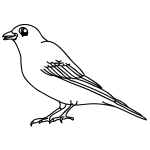 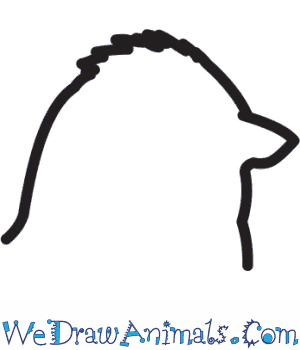 Step 1: First, draw the head. It is like an upside down "U" shape. Along the right side of the head draw a triangle shaped beak. 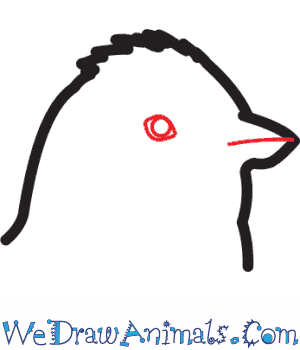 Step 2: Draw a small line inside the beak to make the mouth line. Just behind that line draw a round circle for the eye. 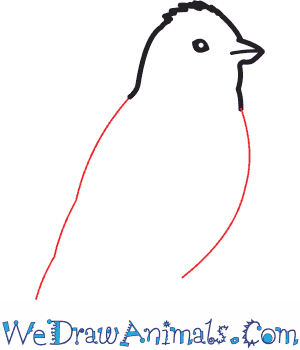 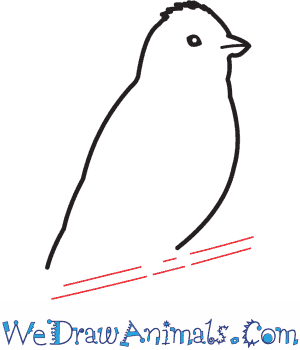 Step 4: Along the bottom of the two body lines draw two parallel lines that makes a branch for the linnet to perch on. 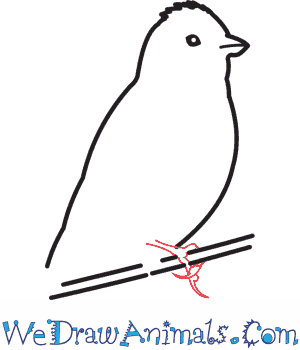 Step 5: Joining the right body line draw the short thin leg. Draw the toes at the end of the leg so that they are gripping the branch. Make the toes very pointy 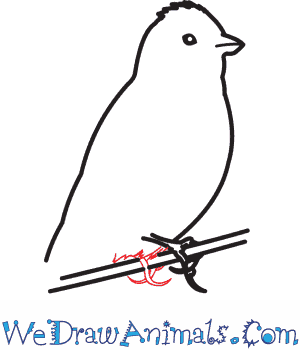 Step 6: Just beside the first leg draw another short leg. Make sure the toes are gripping around the branch. 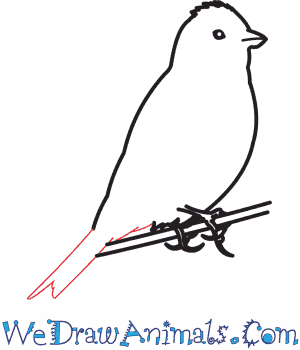 Step 7: Continue the left body line down below the branch to make the tail line. Make two bumps at the end of the tail and bring the tail line back up and join with the foot. 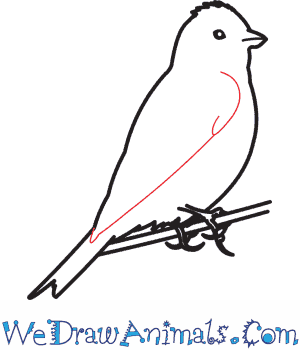 Step 8: Starting just below the eye, start the wing line by curving to the right and then bending back down to the left. Continue the line all the way down to the branch and join it to the back line. 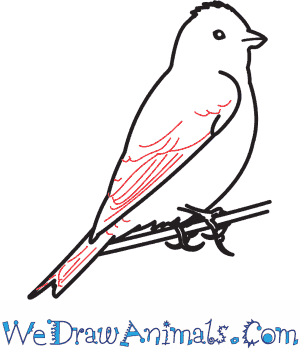 Step 9: Finally, add lots of straight and squiggly lines to the wing and tail to make feather patterns.

Interesting Facts about the LINNET

The Linnet is a member of the bird group and the scientific term for them is Carduelis cannabina. Their English name is derived from the animal’s main consumption of flax seeds, which is the main ingredient in linen. Another popular name for this species is the Common Linnet. ?

This bird is related to the Finch, since they primarily eat seeds, sing songs, and are in the Passerine (three toes facing forward and one backward) family. These animals have a low population amount due to increased use of chemicals that kill plants, but are considered to be the least concern for the possibility of extinction.

How to Draw a Linnet – Step-by-Step Tutorial

Previous post: How to Draw a King Brown Snake