How to Draw an Irrawaddy Dolphin 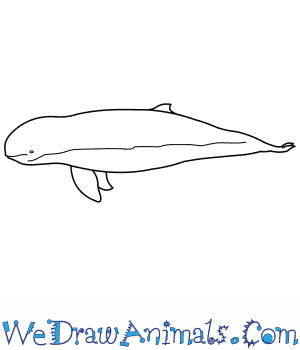 In this quick tutorial you'll learn how to draw an Irrawaddy Dolphin in 7 easy steps - great for kids and novice artists.

At the bottom you can read some interesting facts about the Irrawaddy Dolphin.

How to Draw an Irrawaddy Dolphin - Step-by-Step Tutorial 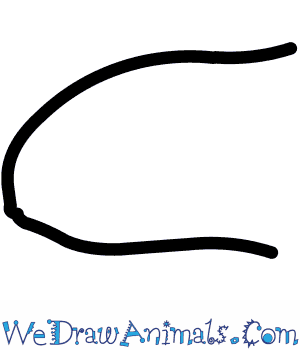 Step 1: First, draw the head. It is a "U" on its side with the open end to the right side. 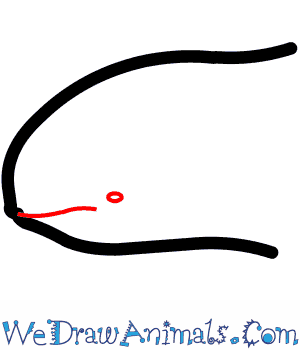 Step 2: At the very tip of the bottom draw a short line to make the mouth. Just at the end of that line make a small dot for the eye. 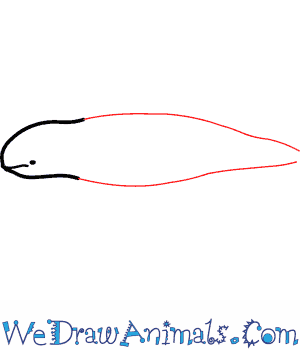 Step 3: Continue the two head lines to the right gradually curving them together toward the end. 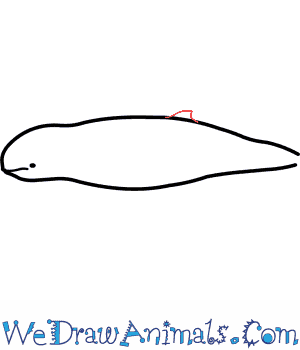 Step 4: Halfway along the top of the body line draw a tiny triangle shaped fin. 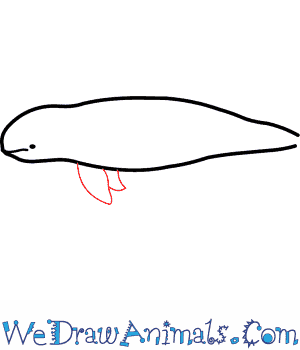 Step 5: Extending down from the bottom body line draw two lower fins. The first one is shaped like a triangle pointing slightly back. The other fin is smaller than the first one and all you see is the point behind the first fin. 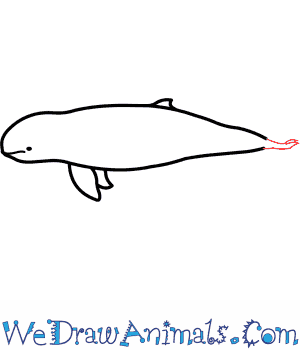 Step 6: At the end of the two body lines draw a short thin tail. It comes together at a point at the end. 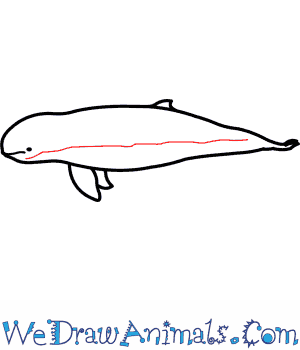 Step 7: Draw the line pattern. There is one long line that starts below the eye and extends all the way to the tail.

Interesting Facts about the IRRAWADDY DOLPHIN

The Irrawaddy Dolphin is a member of the mammal group and the scientific term for them is Orcaella brevirostris. This animal derived its proper name by living in the Irrawaddy River. Their other name Orca-ella, indicates that they are related to the Orcinus orca (Killer Whales). The Latin name “brevi (small) rostis (nose)” indicates their distinction from other dolphins. Their shape is similar to the Beluga Whale, but the size and color is more comparable to the Bottlenose Dolphin, and they have the distinctive characteristic of spitting water from a distance. ?

These creatures live mostly in the ocean, but can live in fresh water also. Their usual domain is in southcentral and southeast Asia. These animals are often caught in fishing nets, which has limited their population to be vulnerable of extinction. 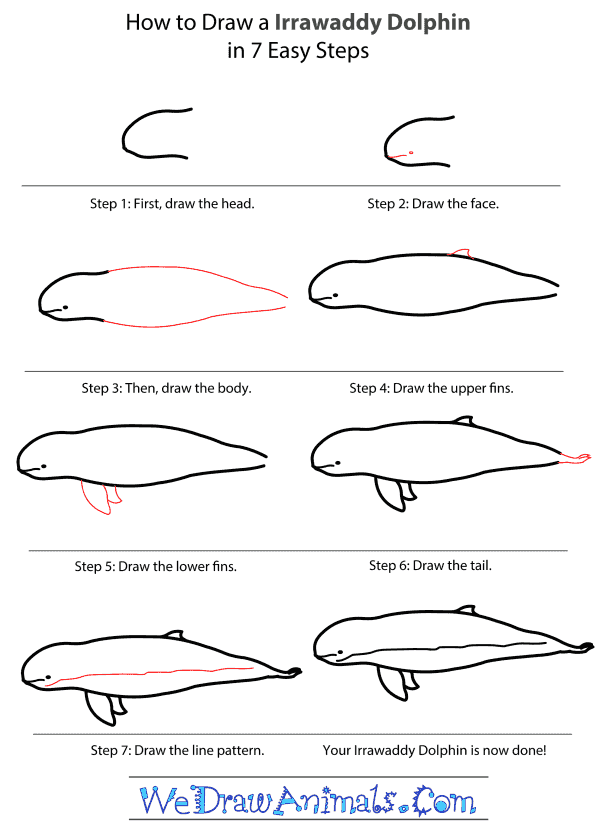 How to Draw an Irrawaddy Dolphin – Step-by-Step Tutorial

Next post: How to Draw a King Brown Snake