How to Draw an Ichneumon Wasp 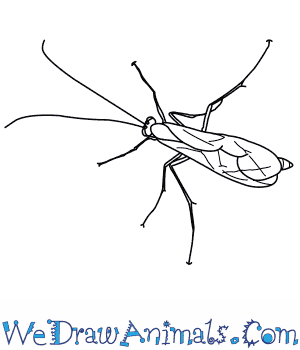 In this quick tutorial you'll learn how to draw an Ichneumon Wasp in 7 easy steps - great for kids and novice artists.

At the bottom you can read some interesting facts about the Ichneumon Wasp.

How to Draw an Ichneumon Wasp - Step-by-Step Tutorial 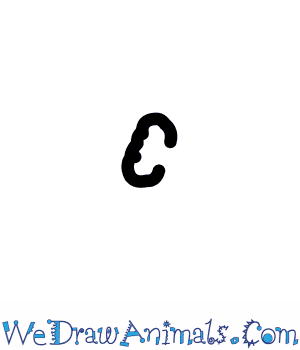 Step 1: First, draw the head. It looks like a crooked "C" with the open side to the right. 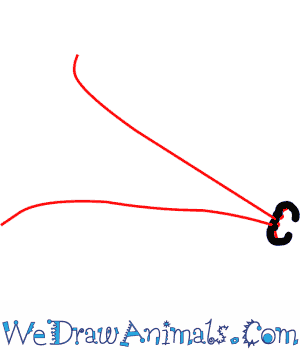 Step 2: From the middle of the long line of the head draw two very long lines that curve slightly out at the tips. These are the antenna 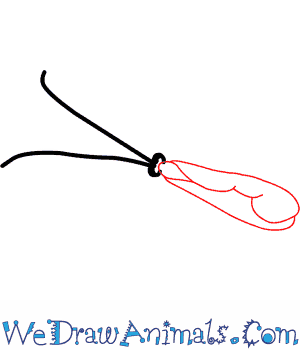 Step 3: Draw the oval-shaped body. It starts between the back of the head lines and extends the same length as the antennae. Inside the body is a curvy, bumpy line that starts at the top and goes all the way to the end of the body. 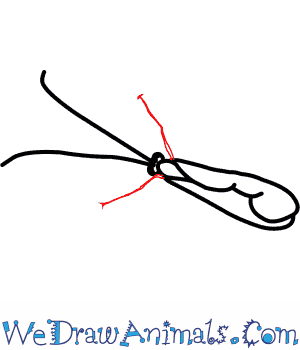 Step 4: Just behind the head draw two long thin front legs. They are about half the length of the antennae. There is a small "V" at the very tips of the legs. 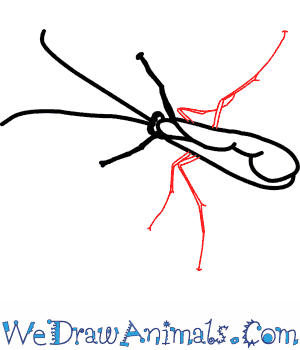 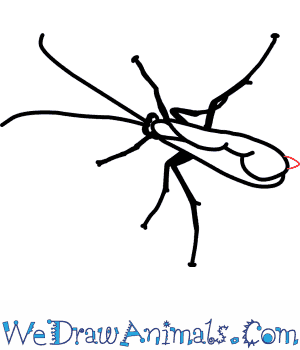 Step 6: At the left tip of the end of the body draw a very small bump to make the tail. 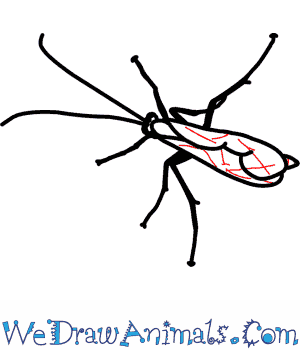 Step 7: Finally, draw various lines along the body to make the body patterns.

The Icheumon Wasp is a member of the largest family of insects in the world, Ichneumonidae. There are over 60,000 different species of this kind of wasp. Ichneumon wasps have a long and slender body that is yellow or orange in color. They appear to have a waist that dips in, just before their long abdomen curves outwards, and are typically 20 millimeters in length.

The Icheumon Wasp is a parasite that lays its eggs inside the larvae of moths and butterflies. The wasp larvae eat the insides of the butterfly or moth larvae and thus kill it, to later emerge from the dead host’s shell of a body. The scientific word for this type of parasite (one that kills its host) is parasitoid. 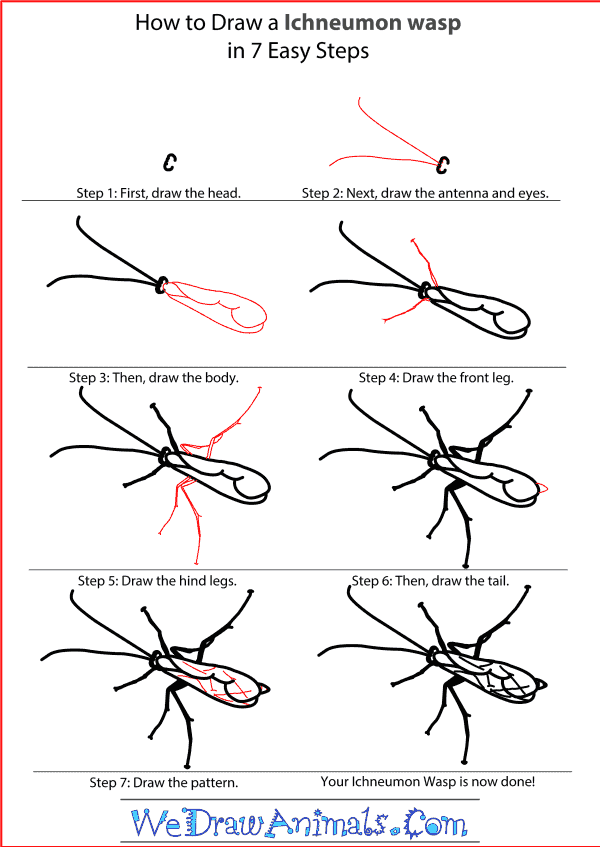 How to Draw an Ichneumon Wasp – Step-by-Step Tutorial