How to Draw a Loach 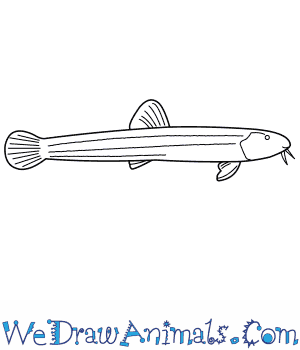 In this quick tutorial you'll learn how to draw a Loach in 7 easy steps - great for kids and novice artists.

At the bottom you can read some interesting facts about the Loach.

How to Draw a Loach - Step-by-Step Tutorial 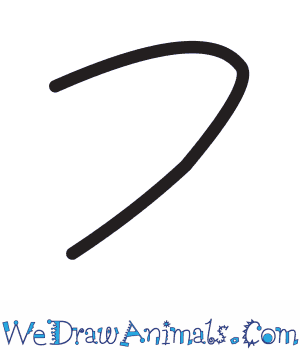 Step 1: Let us start by drawing the head of the Loach using a tightly curved line as shown. 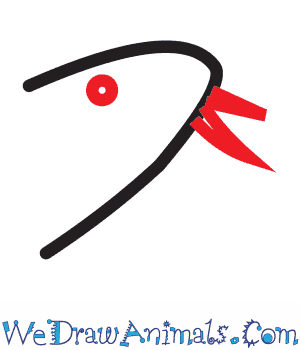 Step 2: Draw a tiny circle for the eye and add the whiskers or barbels using small lines. 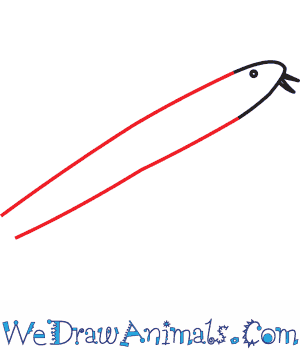 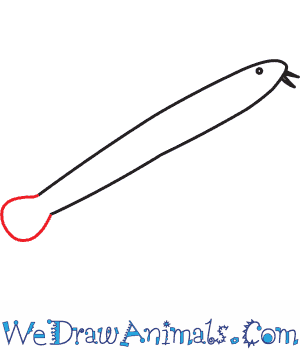 Step 4: Draw the rounded tail of the fish using a C-shaped curve. 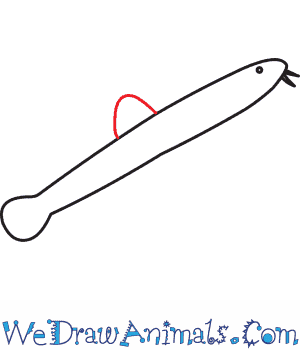 Step 5: Draw the curved upper fin on the top of the Loach’s body. 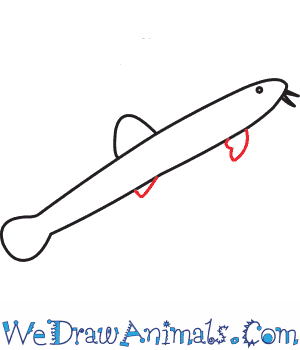 Step 6: Draw the two lower fins below the body as shown in the image. 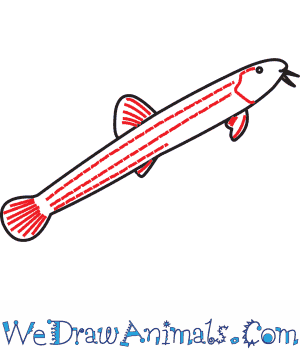 Step 7: To complete the drawing, draw straight lines and slanting lines to show the scale patterns on the body, fins and tail. You can color your drawing after you finish it.

The Loach is a small (6-7 cm) brownish fish with grey spots across its upper body and head. It is only found in two countries, Turkey and Greece, and is very rare. The Loach lives only in freshwater and eats a diet of insects, crustaceans, tiny mollusks and some aquatic plants. It has three barbels at the front of its face – much like the “whiskers” on a catfish.

Because the Loach was so recently discovered, there is not a lot of scientific information about it available yet. However, we do know that there are not very many of these neat little fishes in the wild. The rivers and streams in Turkey and Greece where the Loach lives are used as a water source for humans, so this means there is less room for the Loaches to live whenever the water gets taken out for drinking water. Habitat loss is another threat to the Loach. 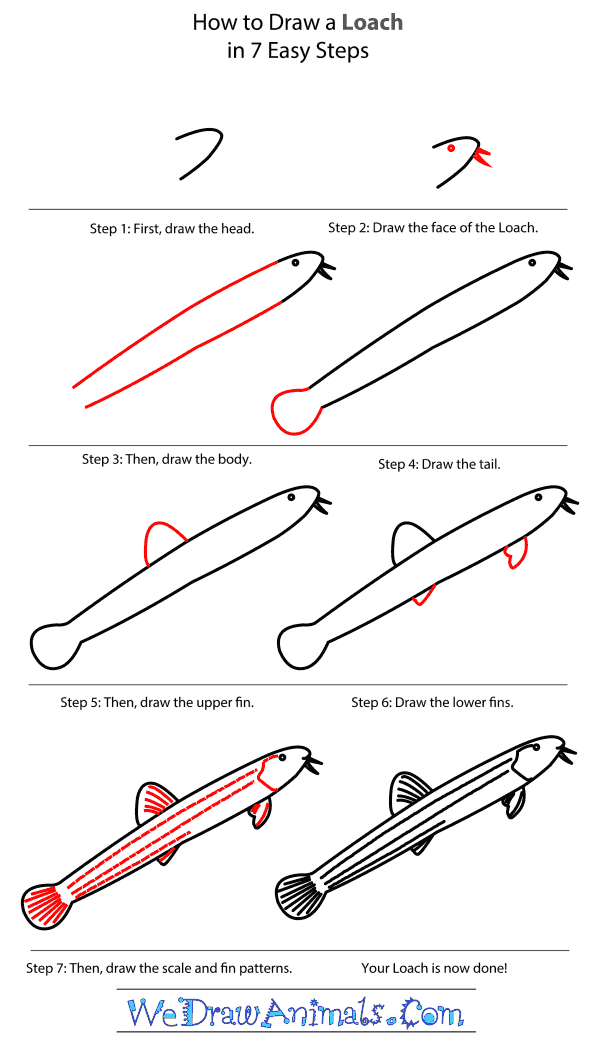 How to Draw a Loach – Step-by-Step Tutorial

Next post: How to Draw Big The Cat From Sonic The Hedgehog

Previous post: How to Draw Wolf O’Donnell From Star Fox