How to Draw a Margay 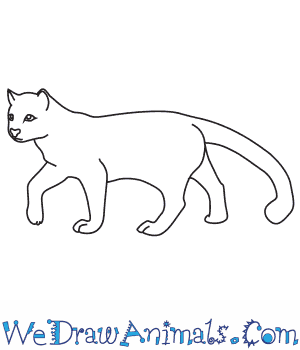 In this quick tutorial you'll learn how to draw a Margay in 8 easy steps - great for kids and novice artists.

At the bottom you can read some interesting facts about the Margay.

How to Draw a Margay - Step-by-Step Tutorial 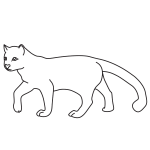 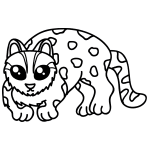 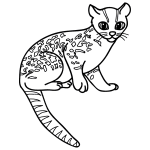 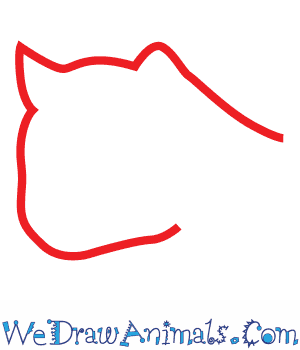 Step 1: Let's draw a margay! Draw a wide V-shape for the face, then two short, upside-down triangular shapes for the ears. From there, continue the line for the back of the neck. 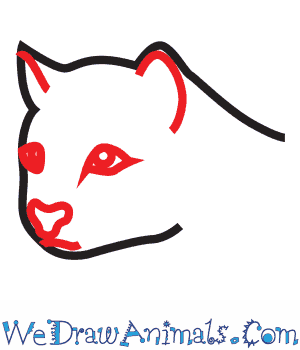 Step 2: Draw a heart shape for the nose and small line underneath it for the mouth. Trace two oval shapes laying on their sides for the eyes. Then, outline the ears by tracing extra lines. 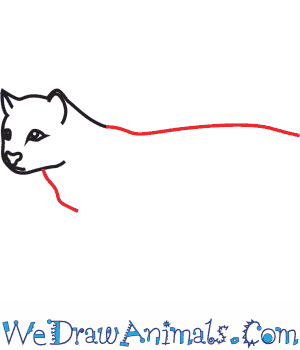 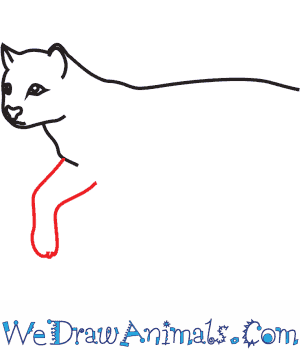 Step 4: Draw the first front leg by tracing the lines out before you bring them down. This makes it look like your margay is really lifting its leg! 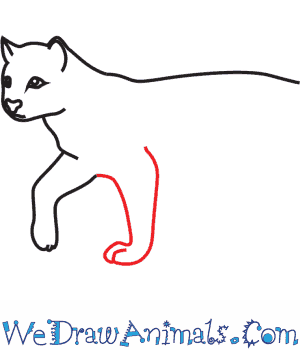 Step 5: Draw the other front leg by tracing two lines that curve up at the end. Draw a line in the paw to accent the toes. 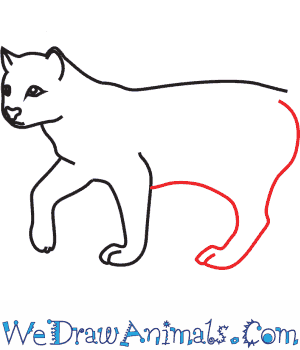 Step 6: From there, draw across the bottom for the belly, then finish the line by drawing the hind leg much like you did the front legs. 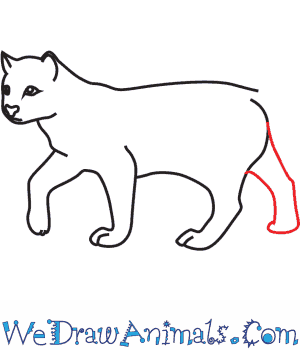 Step 7: From behind that leg, draw the second hind leg. Make sure not to draw any toes since this leg is turned away! 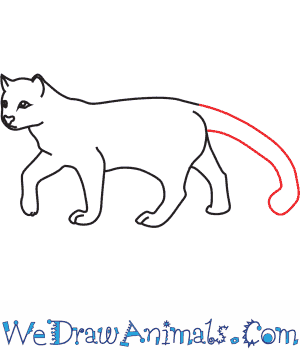 Step 8: Draw a long tube-like shape for the tail, curving it at the end. There's your margay!

Interesting Facts about the Margay

The margay is a type of cat. You could even say it’s a smaller version of an ocelot. The margay has lots of spots, and it lives in rainforests like those in Mexico and Argentina. Unfortunately, the margay is getting closer to becoming an endangered species. This is because they are often hunted for their fur. Another reason is because there are also less rainforests around than there used to be.

Margays’ diets are usually filled with smaller animals, like birds, lizards, or tree frogs. Sometimes the margay will eat grass to help it with its digestion. Margays have been seen chasing squirrels, so they do hunt their prey in trees, though they do sometimes do their hunting at the ground level as well. 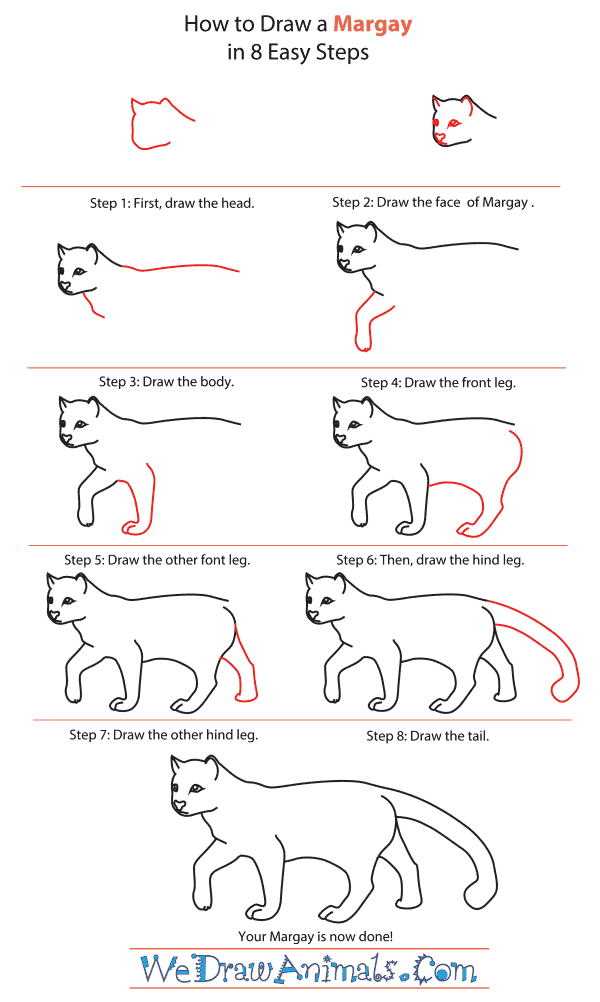 How To Draw A Margay – Step-By-Step Tutorial