How to Draw a Mojarra 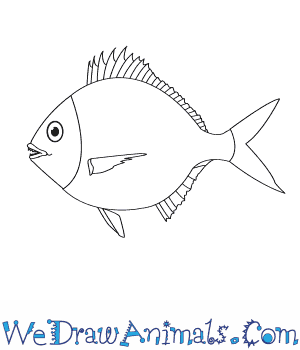 In this quick tutorial you'll learn how to draw a Mojarra in 5 easy steps - great for kids and novice artists.

At the bottom you can read some interesting facts about the Mojarra.

How to Draw a Mojarra - Step-by-Step Tutorial 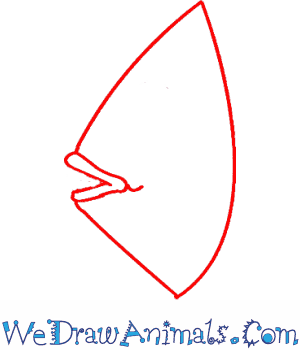 Step 1: Start by drawing the head and lips of the fish. The head has a triangular shapes and the lips are in the point of the triangle 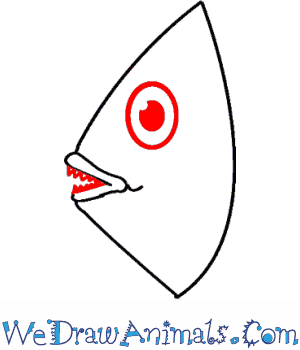 Step 2: Draw the eye and the teeth. Make the teeth jagged lines coming out from each side of the mouth. Draw a circle with another filled in circle inside it to create the eyed. 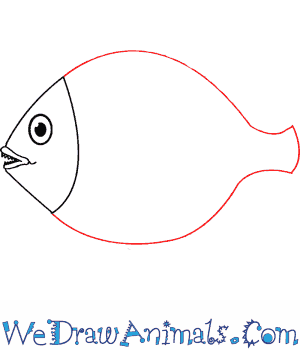 Step 3: Draw the round body by making two big curved lines. Connect them with a slightly curved vertical line at the tail 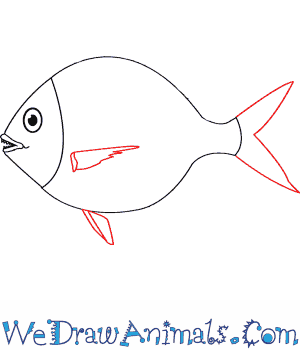 Step 4: Draw two fins and a tail. One fin is in the middle of the body, and the other is underneath the body. The tail has two parts 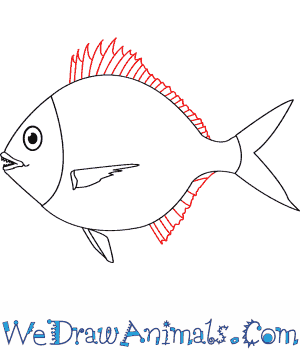 Step 5: Draw the top and bottom fins to finish. The top fins are spikey and rectangular. Draw it by making one section at a time since the spines are uneven

The Mojarra fish is a native fish to the Atlantic slope of Northern Mexico. It is restricted to living in the headwaters and tributaries of the Rio Gallinas drainage which is a tributary to Rio Santa Maria above Cascada de Tamul.The threat to the Mojarra fish is that it’s currently being impacted by heavy pollution by the sugar mills in the area. However, the sugar mills are on the main river stretch and not on the two tributaries where this species lives and are still intact.

They are a freshwater fish.

The Mojarra fish has an area of less than 3,200 square miles and only lives in two locations. There is evidence that there is decline in population for the quality of the habitat. Close proximity to urban areas that could be colonized makes this fish available for near threatened. 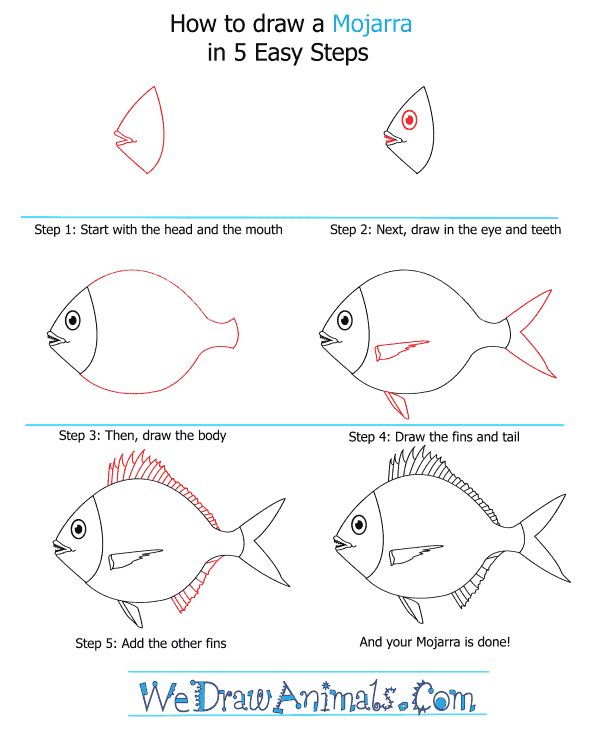 How to Draw a Mojarra – Step-by-Step Tutorial

Previous post: How to Draw a Kenyan Sand Boa