How to Draw a Moorhen 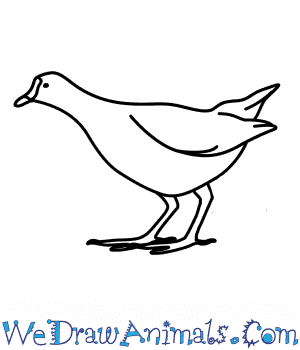 In this quick tutorial you'll learn how to draw a Moorhen in 7 easy steps - great for kids and novice artists.

At the bottom you can read some interesting facts about the Moorhen.

How to Draw a Moorhen - Step-by-Step Tutorial 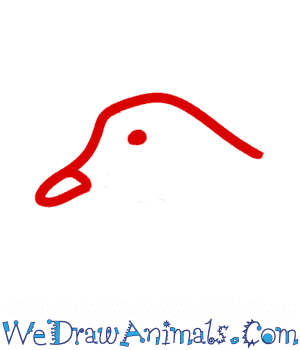 Step 1: Draw a curved head with a small beak and eye. 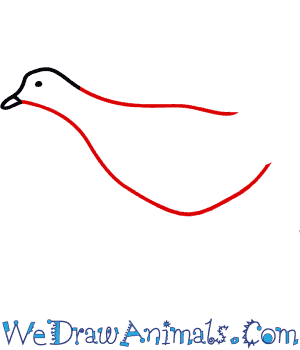 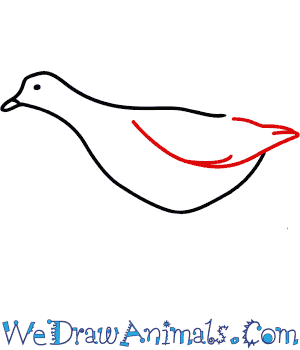 Step 3: Now draw the wing extending from the middle of the body toward the back. 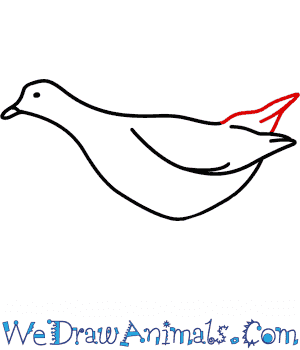 Step 4: Add a small feathery tail to the back. 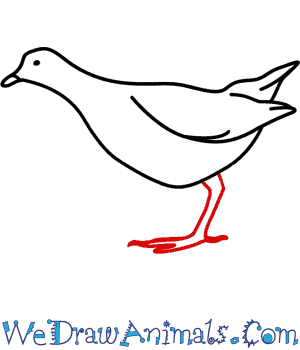 Step 5: Add the first leg, which is long and thin with a bent knee and flat foot. 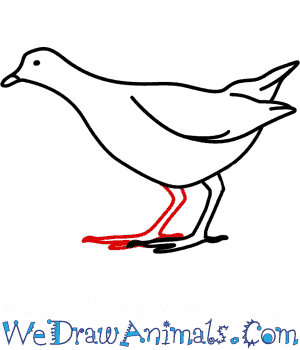 Step 6: Add a second leg beside it, drawing it in the same fashion as you drew the first one. 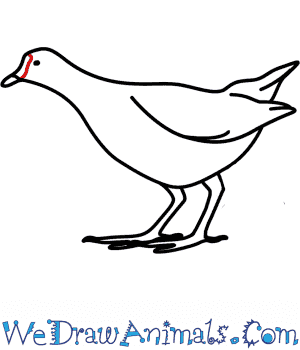 Step 7: Add a marking over the eye of the bird and you're finished with this drawing.

Interesting Facts about the Moorhen

Moorhens are found in areas with just the right temperatures – never to be found in extreme cold or extreme tropical climates. They inhabit marshes, streams, and ponds but have had devastating habitation loss regarding the wetlands. It has become so bad that some species of Moorhen have actually become extinct. They are poor flyers, with some varieties being practically flightless.

Lesson Plan Idea – Using a map, have your class map out where the different species of Moorhen dwell (or did dwell). Where they are extinct, discuss why this came to be and what could have been done to prevent it. 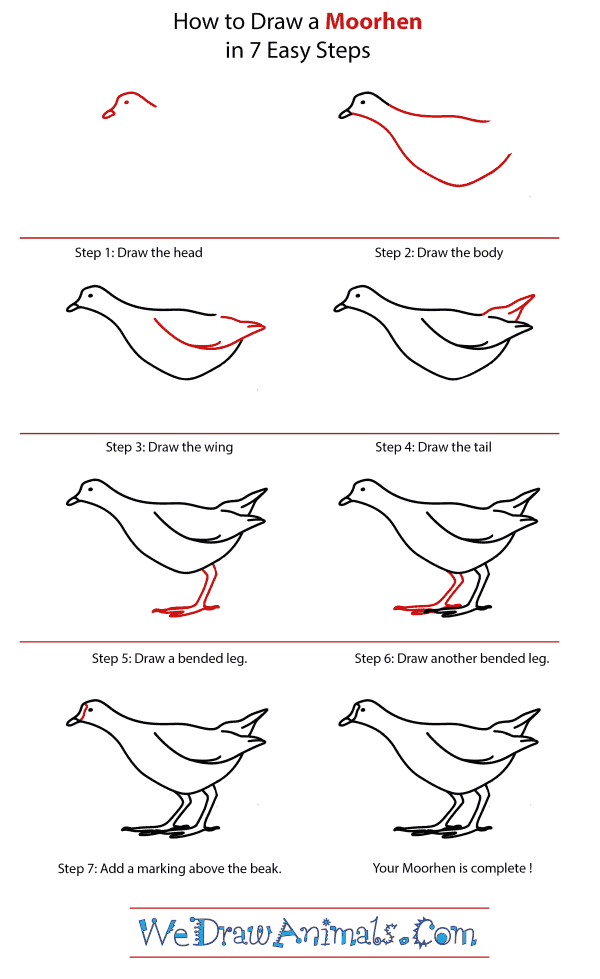 How to Draw a Moorhen – Step-by-Step Tutorial