How to Draw a Mutton Snapper 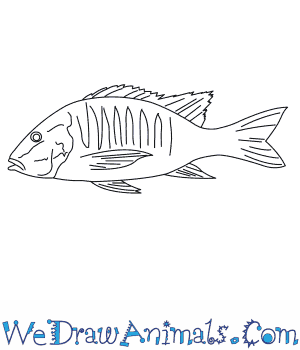 In this quick tutorial you'll learn how to draw a Mutton Snapper in 7 easy steps - great for kids and novice artists.

At the bottom you can read some interesting facts about the Mutton Snapper.

How to Draw a Mutton Snapper - Step-by-Step Tutorial 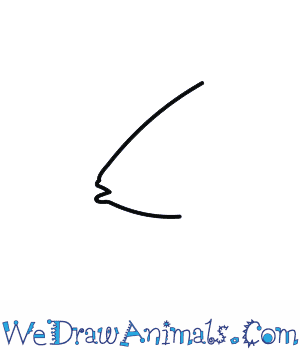 Step 1: First, we are going to draw the face of the Mutton snapper. This fish has large lips so make it look like the fish’s mouth is open. 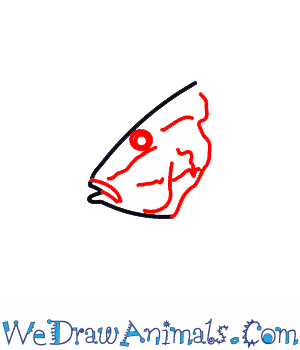 Step 2: Then the next step is to draw the face and gills of the fish. Draw the large top lip, round eye, and stripes. 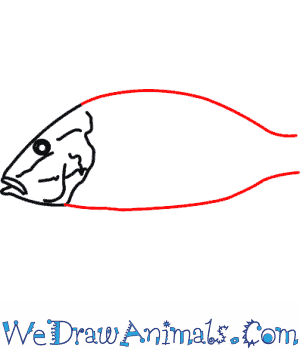 Step 3: Next, draw the body of the fish, which is two curved lines. 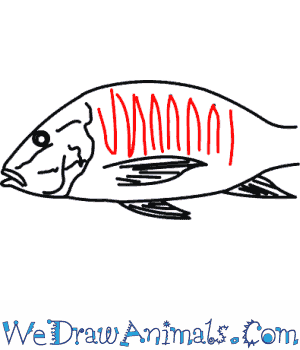 Step 4: The next step is to draw the body pattern that is vertical on the body. 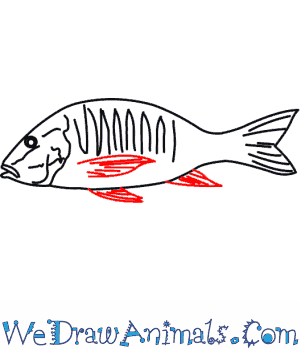 Step 5: Then, draw the lower and middle fins, two fins on the bottom of the body and one on the side. 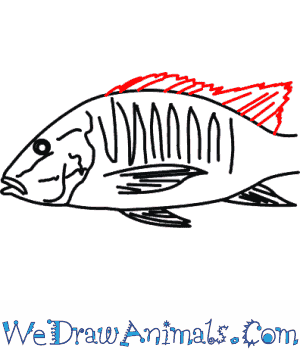 Step 6: Next, draw the upper fin. The upper fin is jagged and pointy. 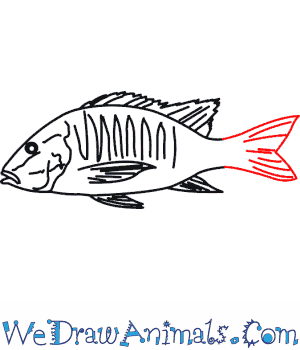 Step 7: The last step is to draw the tail. Don’t forget to add the lines on the tail.

Interesting Facts about the Mutton Snapper

A species of snapper native to the Atlantic coastal waters of the North and South America, the Mutton Snapper can be found from Massachusetts to Southern Brazil. Its a highly sought after game fish in the Gulf of Mexico and Caribbean by saltwater anglers and commercial fisheries. 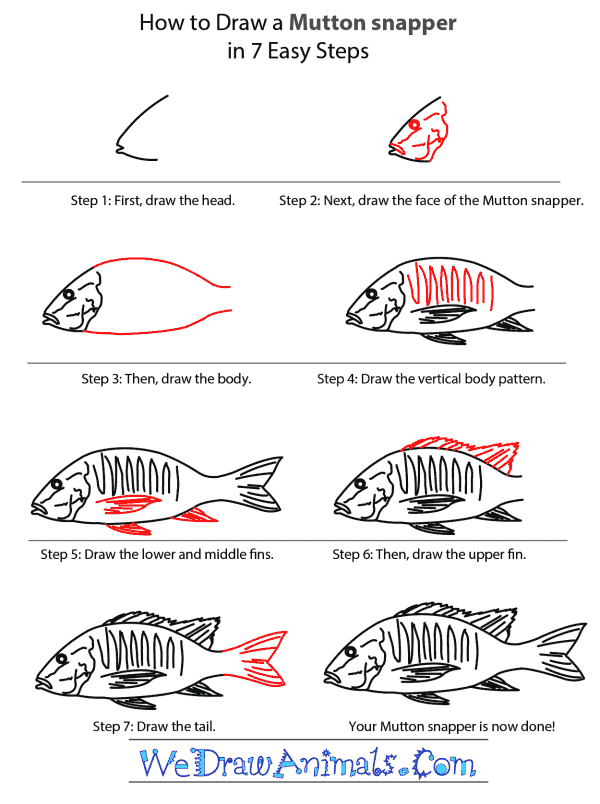 How to Draw a Mutton Snapper – Step-by-Step Tutorial

Next post: How to Draw a North Pacific Right Whale