How to Draw a Narwhal 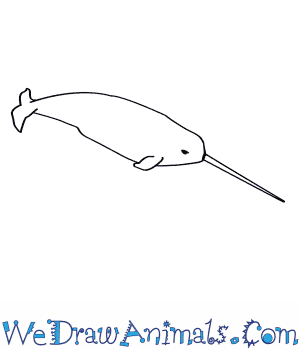 In this quick tutorial you'll learn how to draw a Narwhal in 5 easy steps - great for kids and novice artists.

At the bottom you can read some interesting facts about the Narwhal.

How to Draw a Narwhal - Step-by-Step Tutorial 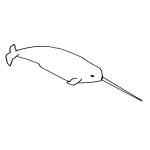 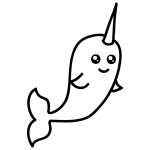 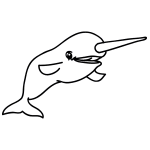 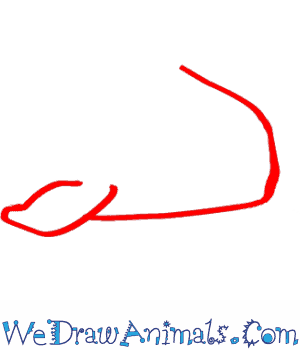 Step 1: A narwhal is a type of whale that can be found in the Arctic. Narwhals are sometimes called “the unicorns of the sea,” because they have a large tusk that grows on their heads that looks like a unicorn’s horn. Its name comes from an Old Norse word meaning corpse, because of its mottled gray and white color. They swim together in groups called pods. To draw one, start by drawing its head. Make a backwards ‘C’ shape and add a flipper to it. 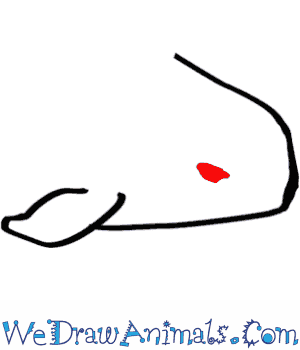 Step 2: Then add an eye. Most whales have their eyes lower on their heads. 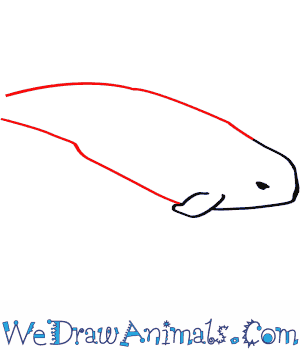 Step 3: Then draw a long sloping line for the narwhal’s back. Draw another line underneath for the belly. Make sure the lines come together at the end of the whale. The narwhal does not have a fin on its back, which is called a dorsal fin. 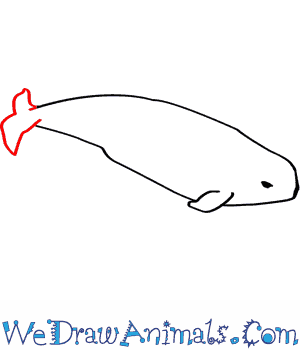 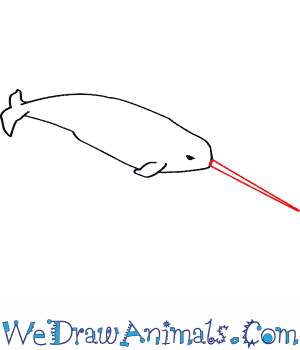 Step 5: Finally, draw in the narwhal’s tusk. A narwhal’s tusk can grow to almost 10 feet long and is actually a tooth! Sometimes, a narwhal will develop two tusks which is extremely rare. All male narwhals grow tusks, but sometimes the females do too.

Interesting Facts about the NARWHAL

The Narwhal is a member of the mammal family and the scientific term for them is Monodon monoceros. The English word narwhal, comes from the Norse word nar, meaning “corpse” because the species has a greyish and mottled skin like a drowned sailor, and the fact that they float motionless for a long time. The scientific name Monodon monoceros, is Greek for “one-tooth one-horn.”

Another common name for this animal is Narwhale, which has a long tusk emerging from their mouth. They use this horn to fight other males during mating season, similar to the way humans fight with swords. These animals are hunted for their meat and ivory in the Arctic region, which has limited their population near threatened of extinction. 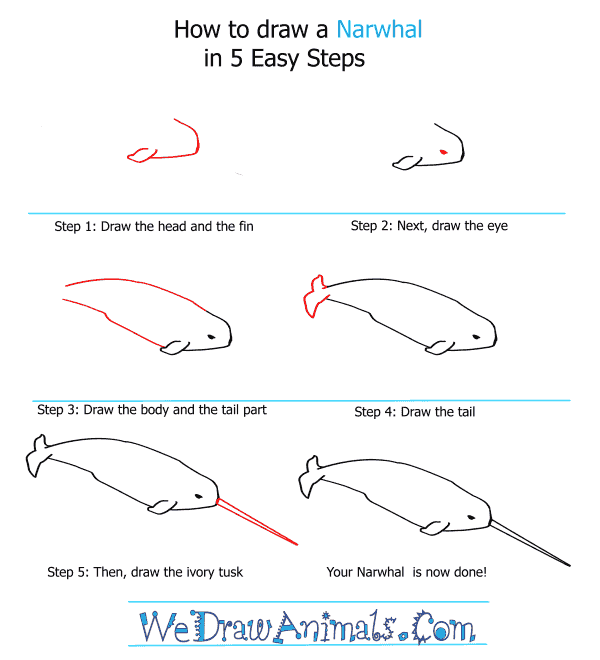 How to Draw a Narwhal – Step-By-Step Tutorial