How to Draw an Ocellated Spinytail 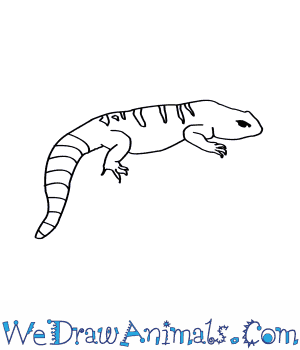 In this quick tutorial you'll learn how to draw an Ocellated Spinytail in 7 easy steps - great for kids and novice artists.

At the bottom you can read some interesting facts about the Ocellated Spinytail.

How to Draw an Ocellated Spinytail - Step-by-Step Tutorial 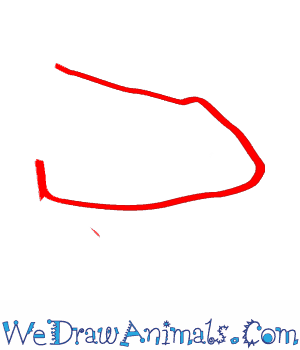 Step 1: An ocellated spinytail is a type of lizard that lives in the deserts and dry areas of Northern Africa. They live in small groups, and can often be found backing in the sun on the rocks as they search for food. They eat mostly plants, but like bugs too. They are rather shy lizards and tend to avoid humans and other creatures. To draw an ocellated spinytail, start by drawing the head. It will look like a backwards ‘C’ shape. 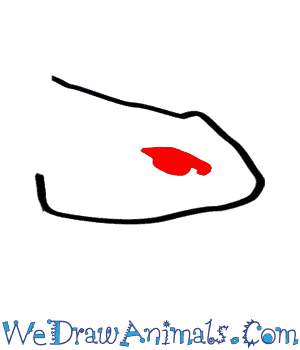 Step 2: Now add an eye, adding a little line above the top of the eye. 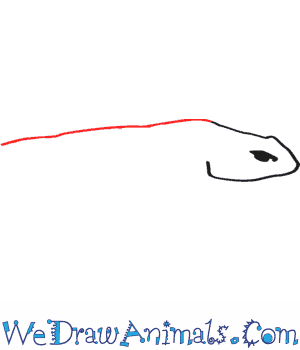 Step 3: Draw a long line for the lizard’s back. 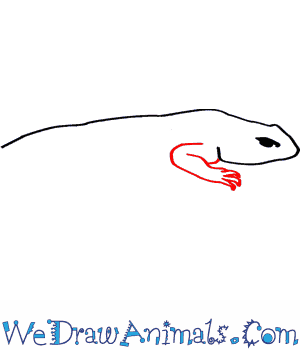 Step 4: Now add the lizard’s front leg. Add some claws to his foot. 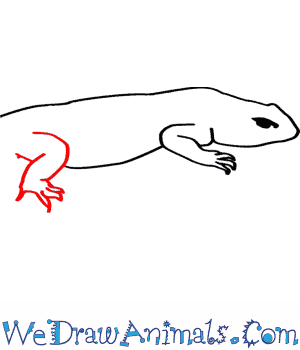 Step 5: Next, draw the lizard’s back leg. It will be similar to the front leg, but in reverse, like looking in a mirror. 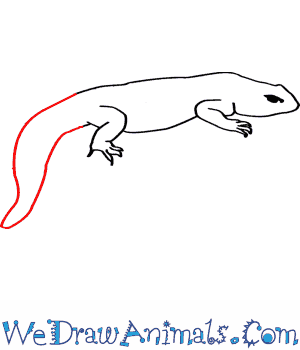 Step 6: Now add the lizard’s tail. He has a long, thick tail that is made up of little plates with spines on them, hence his name. 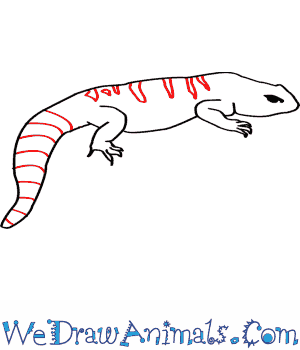 Step 7: Finally, add some stripes to the lizard’s tail, and some long patches to his back. You’re done! Ocellated spinytails are a brownish color with yellow or dark brown markings. Sometimes their markings are orange or reddish colored.

Interesting Facts about the Ocellated spinytail

The Ocellated spinytail is a cool type of lizard, which means that it is also a reptile. It is very interesting looking because it has a bunch of markings in lines over its body that look like little eyes! Just like its name says, it has a bunch of small scales all over its back legs and tail, that look and feel like little spikes. Even though you and I may not like when it gets too hot outside, that’s where these funny lizards love to be – extremely hot deserts that don’t have very many plants.

If you wanted to find some of these interesting looking lizards in their own homes, you’d have to go the North Eastern parts of Africa. Good thing we get to learn to draw them now so we can see them anytime in our own homes!

How to Draw an Ocellated Spinytail – Step-by-Step Tutorial 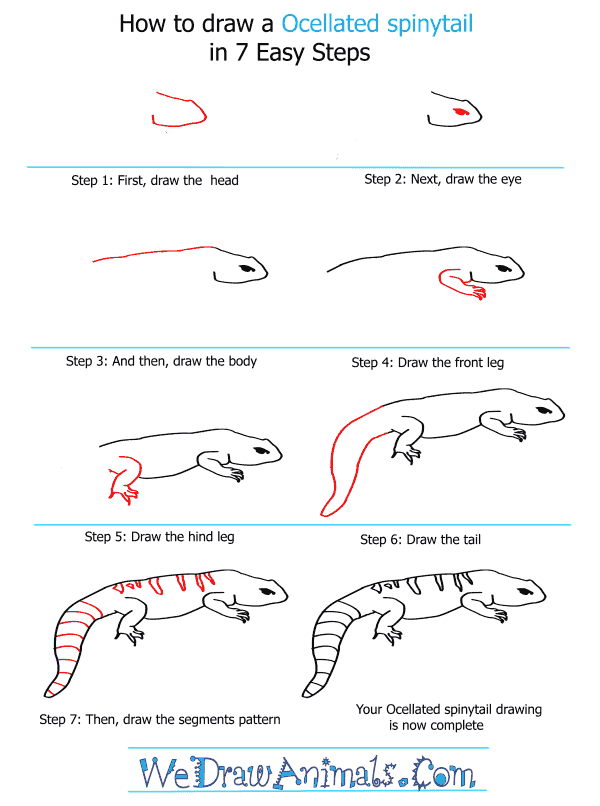 How to Draw an Ocellated Spinytail – Step-By-Step Tutorial