How to Draw a Pitbull Dog 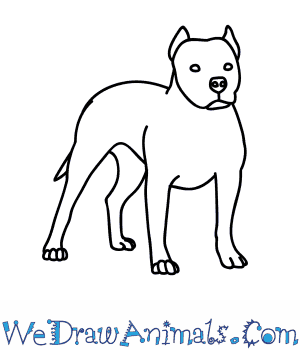 In this quick tutorial you'll learn how to draw a Pitbull Dog in 8 easy steps - great for kids and novice artists.

At the bottom you can read some interesting facts about the Pitbull Dog.

How to Draw a Pitbull Dog - Step-by-Step Tutorial 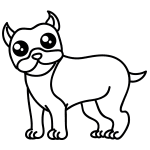 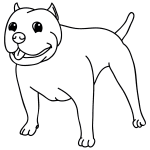 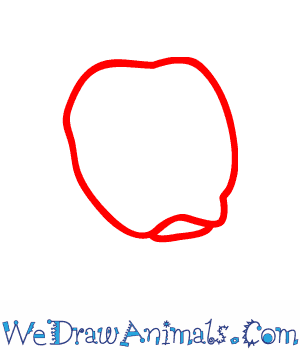 Step 1: Start drawing your Pitbull by making the head It should be a bumpy oval, made with two curves at the top, and a long curve on the left side that continues into a smooth chin, before turning up to meet the other curve. Put in a small dome like curve at the bottom to make lips. 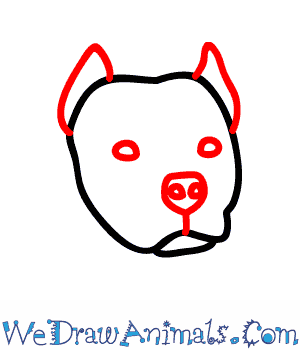 Step 2: Now let's add the details on the face. Starts with the ears, which can be made by a curve and a line. The curves should start further down the head, and go up. Then at a point, a line should go down for each ear. Then draw two circles in the middle of the head for eyes. Add an oval between the circles to make the nose, with two circles for the individual nostrils. At the bottom of the nose, draw a line that connects to the very top of the lips you've drawn before. 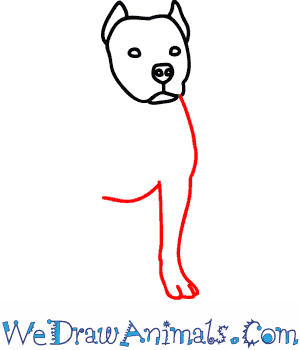 Step 3: Next draw the right leg and chest. Start with a line that slants down and to the right from the right corner of the dog's face. It should curve towards the left, before curving back to the right to make the foot. The bottom of the foot can be managed with a bumpy line, and the other side of the leg is a mostly straight line going up. At the end of the leg, draw a curved line going down and to the left to make the bottom of the chest. On the foot, add a few lines to make toes. 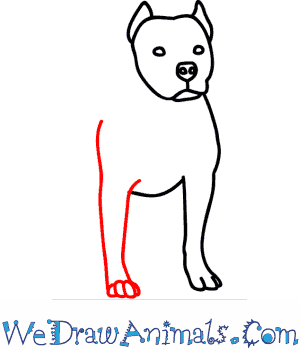 Step 4: To draw the other front leg, make two lines that go down, and get slightly closer. The first should be connected to the chest, while the other will start higher up, and to the left. At the bottom there should be a bumpy line connecting the two sides of the legs. Add another bumpy line above that, and connect both bumpy lines with more lines, to make the toes. 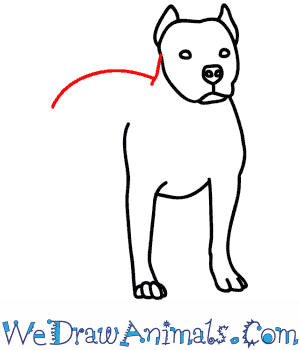 Step 5: Let's draw the back and the neck now. The neck is easily managed by making a small line that slants down and to the left from the left ear. The back is a line that curves left and down, starting near the bottom of the neck line you've drawn. 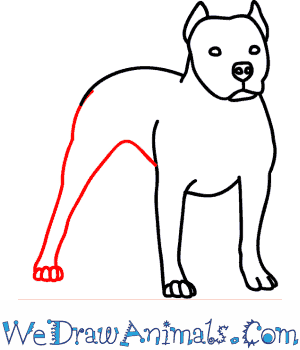 Step 6: Now for the rest of the body and the left back leg. Start with a long line from the back that goes down and to the left. Put a few ovals in to make the individual toes at the bottom of the foot, then put in another line that goes up and to the right. This line should go a long way, and curve down and to the right eventually to connect it to the chest while giving your dog a sleek appearance. 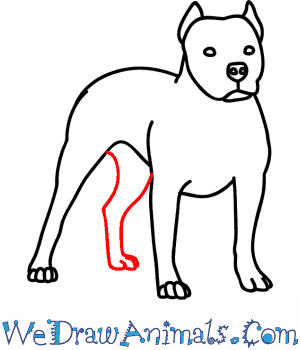 Step 7: Draw the next leg by starting with a curving line that goes down, then straightens out. At the bottom should be a few looping lines to make the toes, before a straight line goes up, then slants up and to the right. 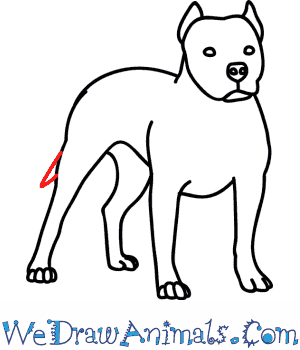 Step 8: The tail is easy, with just two lines that start about halfway down the back leg, and meet at a point.

Pitbulls are one of the most feared dog breeds due to their aggressive behaviors. Many people strive to teach others that the pitbull breed is not as vicious as their reputation suggests, if they are properly trained to be gentle pets. Their reputation comes from the fact that people have bred them for dog fighting for centuries. This sport dates back to Ancient Rome, and it is now illegal in many parts of the world.

Other than dog fighting, pitbulls were trained centuries ago for bull baiting, which was a form of entertainment in England. Bull baiting was a sport in which bulls were attached to a pole and the pitbulls attacked them for about one hour. The last bull baiting in England was in the 1830s. 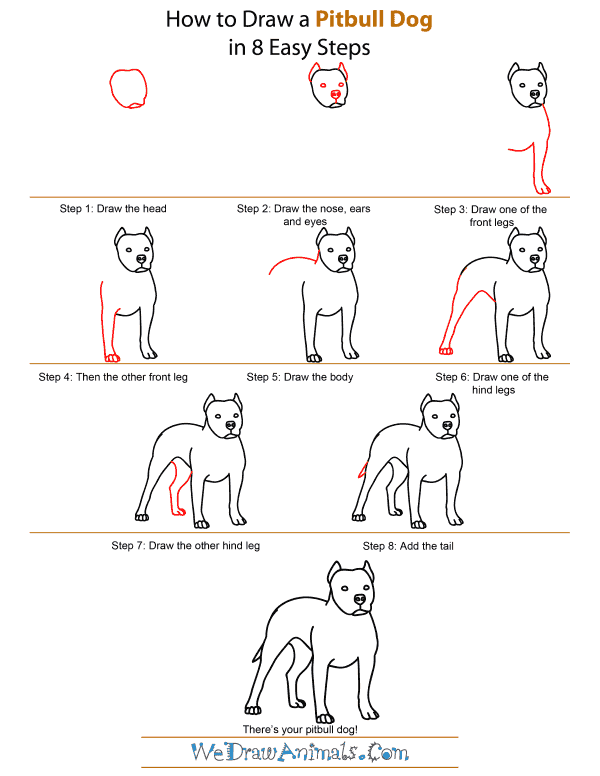 How To Draw A Pitbull Dog – Step-by-Step Tutorial