How to Draw a Porcupine 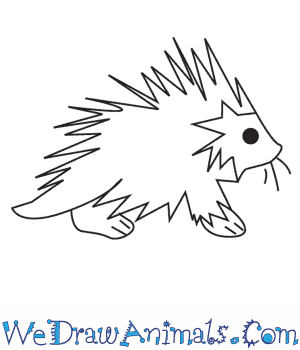 In this quick tutorial you'll learn how to draw a Porcupine in 4 easy steps - great for kids and novice artists.

At the bottom you can read some interesting facts about the Porcupine.

How to Draw a Porcupine - Step-by-Step Tutorial 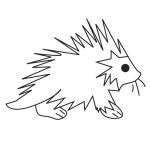 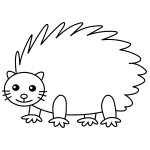 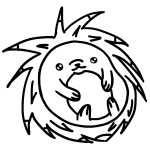 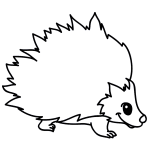 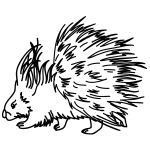 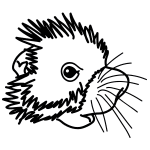 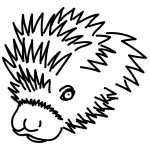 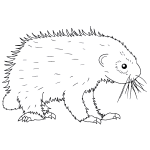 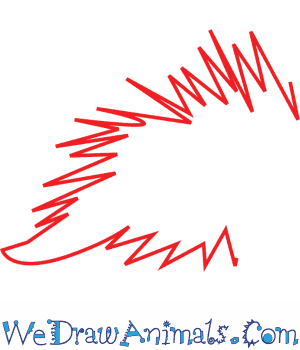 Step 1: Let's start off by drawing the porcupine's body. Porcupines have thousands of sharp quills to protect them against predators. To draw these quills, take your pencil and go back and forth around the body, making the lines look jagged. Also draw the tail, which is longer and thicker than the quills on the body. 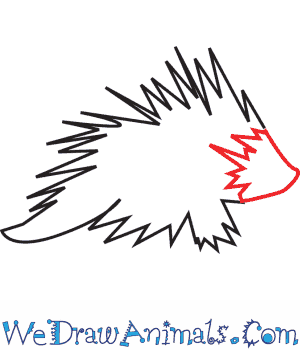 Step 2: Now draw the porcupine's head. When you get to the part of the head that touches the body, use the same kind of jagged lines as you did in Step 1. 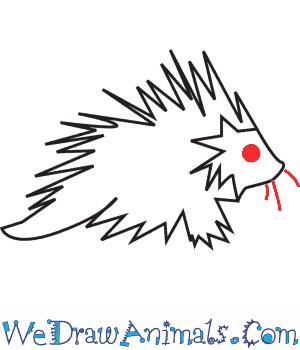 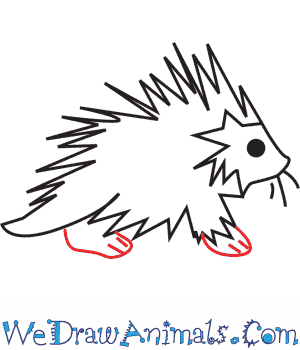 Porcupines are rodents that are related to rats, beavers, and mice. They are famous for their prickly quills, and that is why they are also called quill pigs. Porcupines live in North, Central, and South America, Africa, Asia, and Europe.

Many people believe that porcupines can “shoot” their quills out of their body to attack other animals. This is a myth. Quills can get stuck in your skin if you touched a porcupine, and this causes a lot of pain! 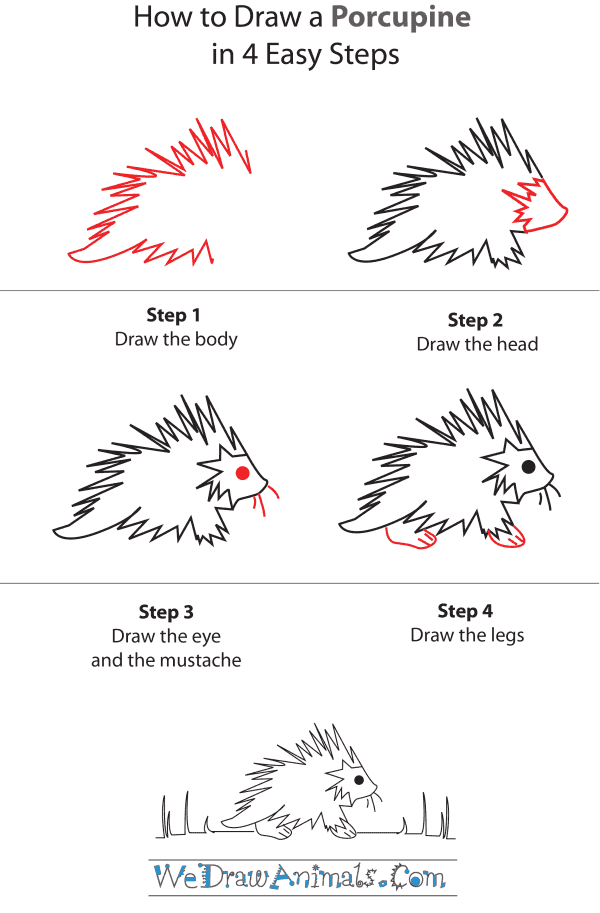 How To Draw A Porcupine – Step-by-Step Tutorial