How to Draw a Prawn 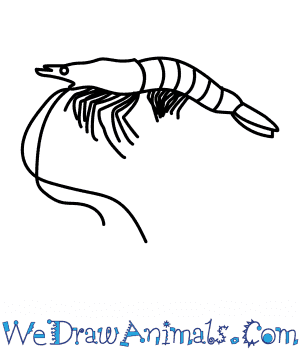 In this quick tutorial you'll learn how to draw a Prawn in 6 easy steps - great for kids and novice artists.

At the bottom you can read some interesting facts about the Prawn.

How to Draw a Prawn - Step-by-Step Tutorial 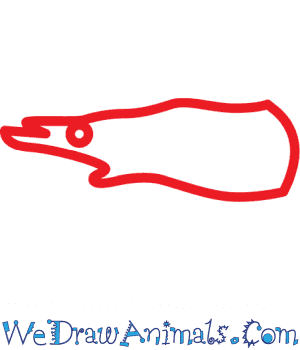 Step 1: Draw a long, irregularly-shaped head and a beady eye. 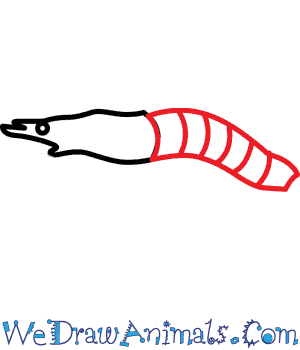 Step 2: Add a curved body to the back of the head, segmenting it off into sections with lines. 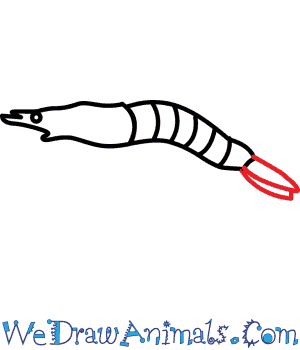 Step 3: Draw the tail, which consists of two leaf-like shapes. 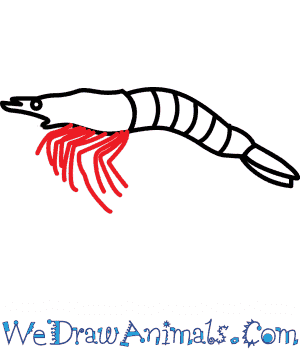 Step 4: Now add five pairs of long, skinny legs to the front half of the body. 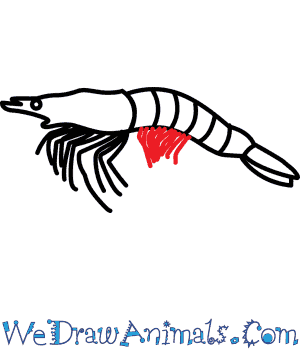 Step 5: Draw another five pairs of short, very thin legs to the midsection. 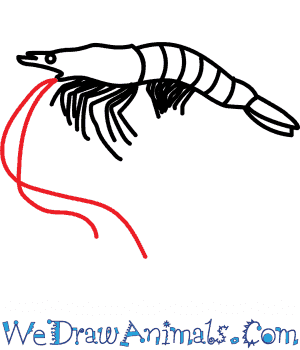 Interesting Facts about the Prawn

Prawn belong to the Crustacean family so it related to lobsters and crabs. They migrate toward shallow water at night to find food – which consist of worms, mollusks, shrimp, and sponges. During the day they can be found in deeper water to avoid their predators. Predators include squid, cod, humans, flounders, and halibut.

Lesson Plan Idea – Discuss why Prawn discard their outer skin shell several times a year. What is the point? 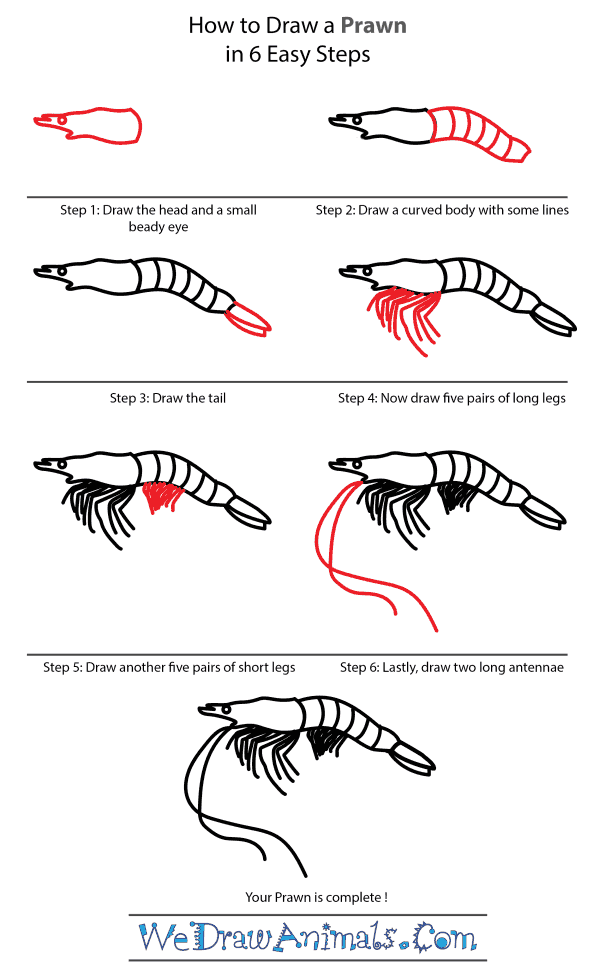 How to Draw a Prawn – Step-by-Step Tutorial