How to Draw a Proboscis Monkey 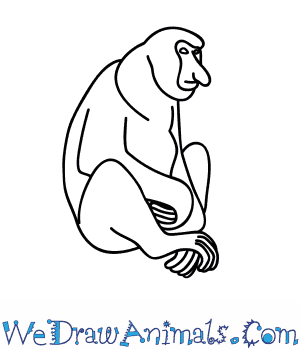 In this quick tutorial you'll learn how to draw a Proboscis Monkey in 8 easy steps - great for kids and novice artists.

At the bottom you can read some interesting facts about the Proboscis Monkey.

How to Draw a Proboscis Monkey - Step-by-Step Tutorial 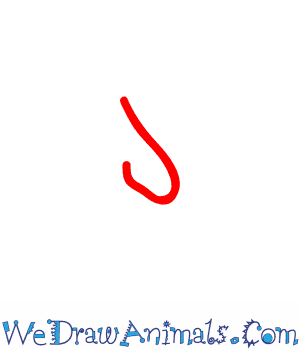 Step 1: Your first step in drawing a proboscis monkey is the nose. These monkeys have very large fleshy noses that look a lot like our noses! 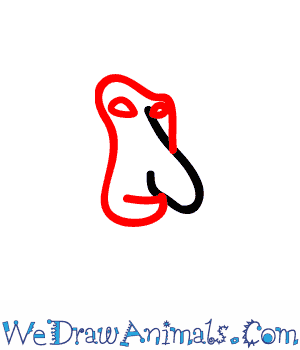 Step 2: Around the nose, fill in the rest of the details of the face. Draw two small circles for eyes, a short straight line for the mouth, and a curved border around the edge of the face. 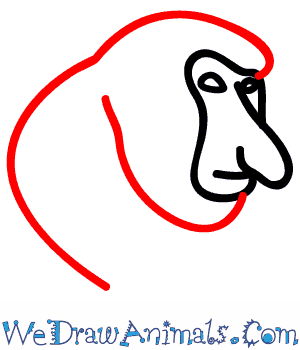 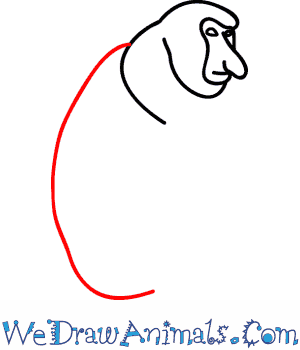 Step 4: Now draw an even longer curved line for the monkey's body. 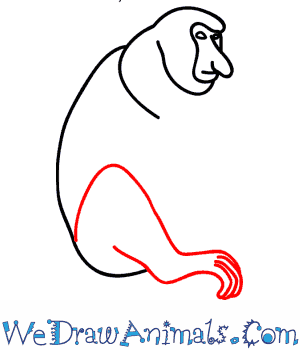 Step 5: Now draw one of the legs. Proboscis monkeys have very long fingers and webbed feet and hands to help them swim. 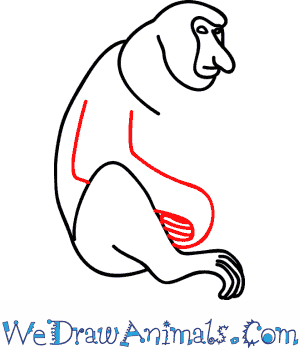 Step 6: Next, draw one of the hands. Proboscis monkeys use their strong hands to help them climb trees, which they do very well. 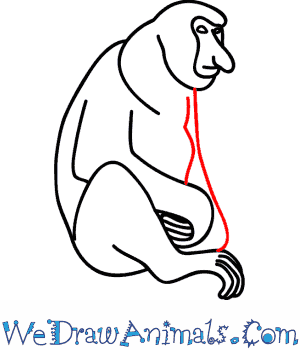 Step 7: Now draw the other hand, behind the first one. Also fill in the rest of the body. 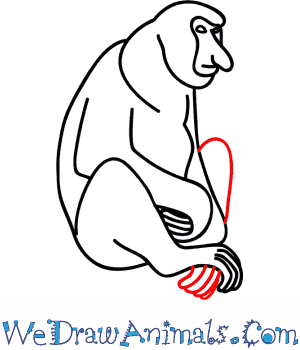 Step 8: Your last step is to draw the other foot, which is underneath the first one. When you are finished, you can color your monkey in its favorite habitat, which is usually full of trees.

Regulations protect proboscis monkeys from being hunted or captured. However, native people on the island of Borneo sometimes hunt them, and they are considered a delicacy. Another threat against these endangered primates is deforestation. 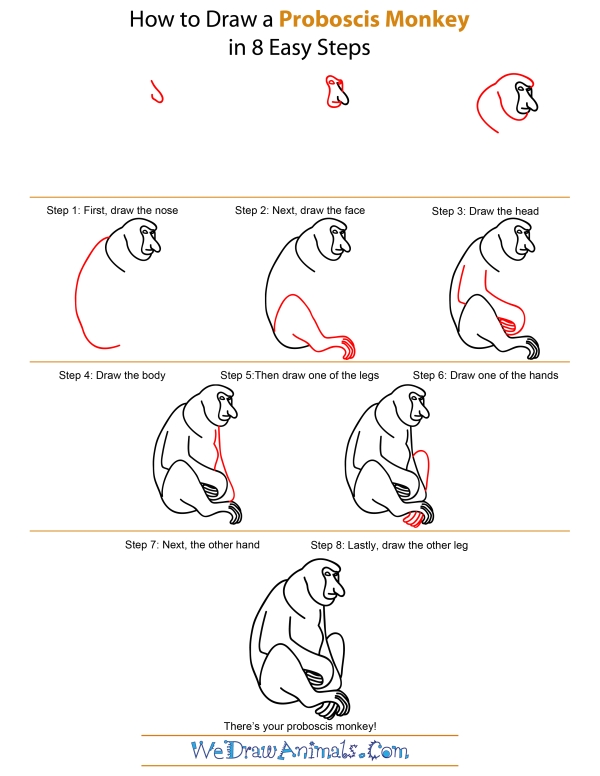 How To Draw A Proboscis Monkey – Step-by-Step Tutorial