How to Draw a Red Coral 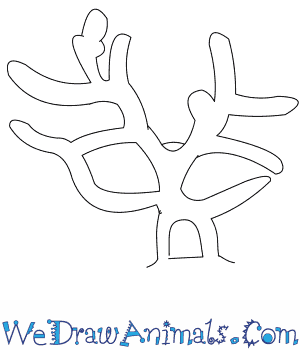 In this quick tutorial you'll learn how to draw a Red Coral in 3 easy steps - great for kids and novice artists.

At the bottom you can read some interesting facts about the Red Coral.

How to Draw a Red Coral - Step-by-Step Tutorial 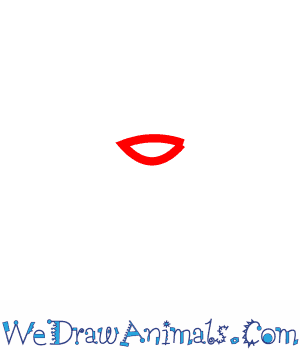 Step 1: Draw a tiny, seed-like shape for the mouth. 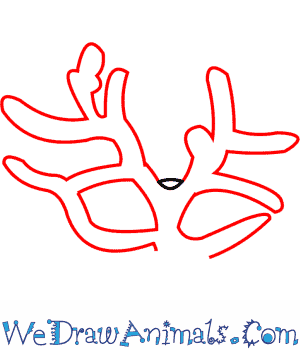 Step 2: From one side of the mouth, draw a long line that bends and curves up and out and down and in, ending somewhere below the mouth. Make a similar shape on the opposite side. Draw one or two shapes inside of this so that it looks like there are gaps in it. These are the tentacles. 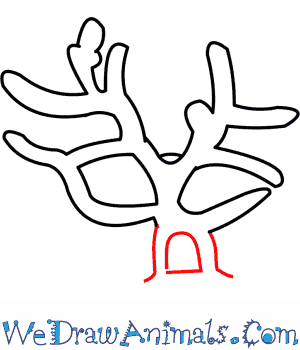 Step 3: In the gap at the bottom, draw a curve coming down from the ends, and a half-circle between them. This is the corallum. Your red coral is done! You can color it bright red or pink. The beautiful color of this creature, along with the durability of its skeleton, makes it very popular for jewelry pieces. The color of red coral was so valued throughout history that “coral” can also be used to describe anything with an intense red, pink, or orange hue. While still alive, the skeleton will be covered in a soft red membrane and white polyps. Red coral likes to live in dark, rocky areas. There are about twenty five species of red coral.

Red Coral is a coral that lives in the Mediterranean Sea and its adjacent Eastern Atlantic Ocean on sub tidal hard substrates. It has been harvested for its red axial calcitic skeleton which is thought to be in decline due to overexploitation.The Red Coral is a passive suspension feeder basing a diet mainly on small zooplankton. Their feeding rate increases the water temperature rises along with prey concentration.

Rocky substrates are what Red Coral likes to consider home. They will live at depths from 65 (20 meters) to 656 (200 meters) feet deep. They mostly live in areas of low light. There have been colonies of Red Coral recently discovered in the Straight of Sicily to depths of 1,968 (600 meters) to 2,624 (800 meters) feet. 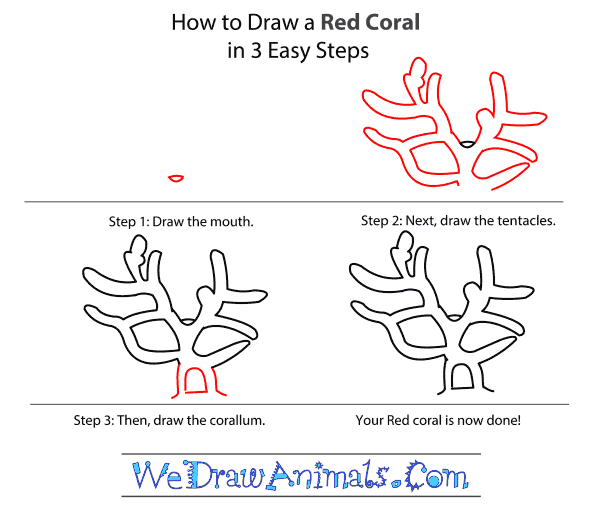 How to Draw a Red Coral – Step-by-Step Tutorial

Next post: How to Draw a Rose’s Mountain Toad