How to Draw a Redshank 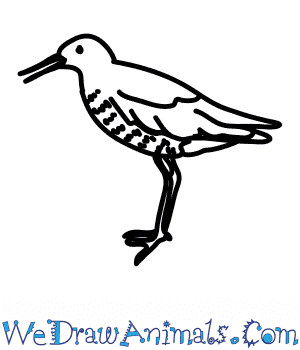 In this quick tutorial you'll learn how to draw a Redshank in 6 easy steps - great for kids and novice artists.

At the bottom you can read some interesting facts about the Redshank.

How to Draw a Redshank - Step-by-Step Tutorial 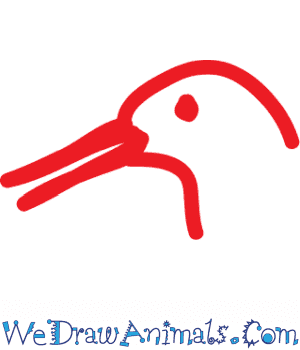 Step 1: Start off with the head and add a thin beak, slightly opened 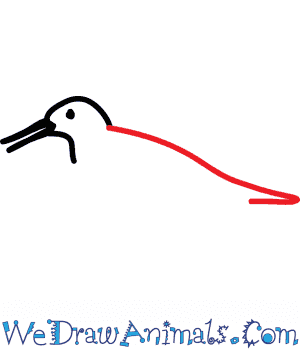 Step 2: Continue the body from the back of the neck, including the tail 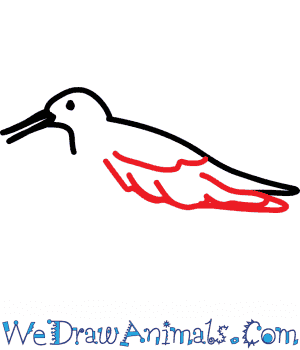 Step 3: Draw the wing beneath this, include feathering 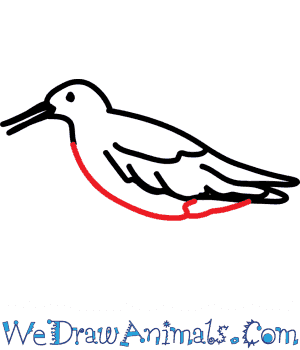 Step 4: Complete the bottom half of the body, connecting a line from the bottom of the neck to the tail 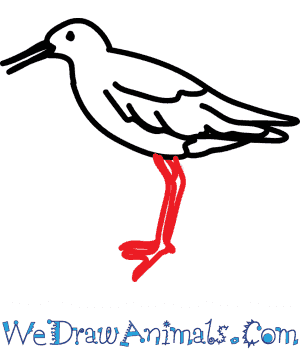 Step 5: Beneath the middle of the wing, draw two long, slightly bent legs and feet 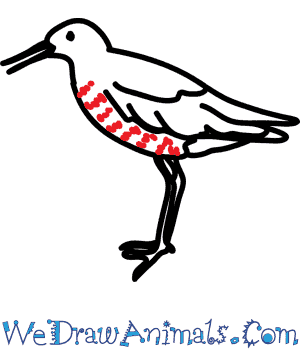 Step 6: Add dots or curly lines to the lower chest area for feathering

Interesting Facts about the Redshank

The red shank is a brown-colored bird that has a marbled appearance during its mating season, though in winter time their plumage is much more plain and pale. Their underbellies are consistently lighter in tone than the rest of their bodies. Most notable about the appearance of the red shank, however, are its red legs and red bill that has a black tip on the end of it. Their wings have splotches of white on them that are only visible when the bird is in flight over its native Eurasia. They will nest on nearly any wetlands, but will not usually be seen outside of Eurasia. The red shank is classified as a wading bird, and shares the common diet of all waders that prefer to eat small invertebrates.

Arts and Crafts Activity Notes: Have every participant draw their own red shank, and proceed to color them in with colored pencils, markers or crayons. Instruct them to cut out their finished bird, and then using tape or Velcro, fix the birds onto a world map. Attach the birds to the coastal areas where they are known to live and migrate, and you’ll have yourself a large visual demonstration of the migratory habits of the red shank. 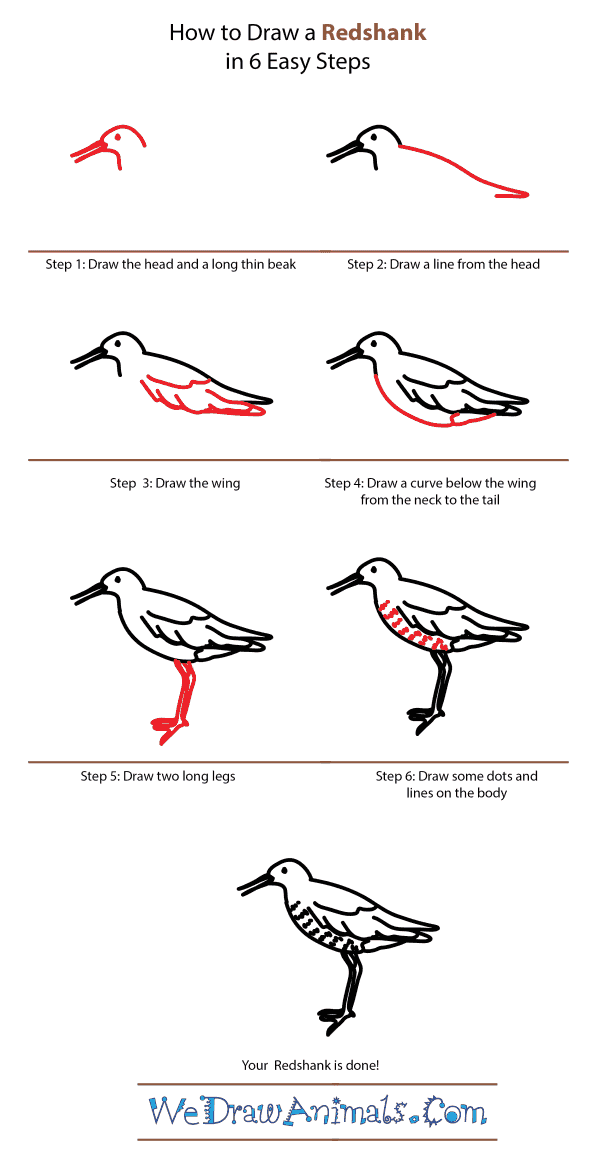 How to Draw a Redshank – Step-by-Step Tutorial