How to Draw a Scarlet-Darter 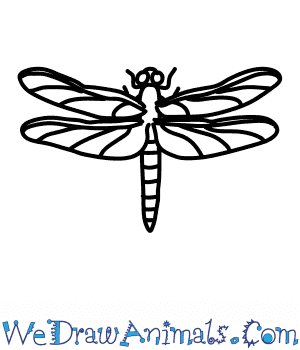 In this quick tutorial you'll learn how to draw a Scarlet Darter in 6 easy steps - great for kids and novice artists.

At the bottom you can read some interesting facts about the Scarlet Darter.

How to Draw a Scarlet Darter - Step-by-Step Tutorial 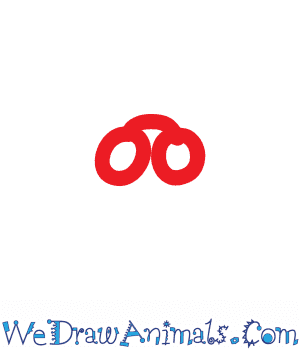 Step 1: Draw two roung circles side by side, connecting them at the top by a line 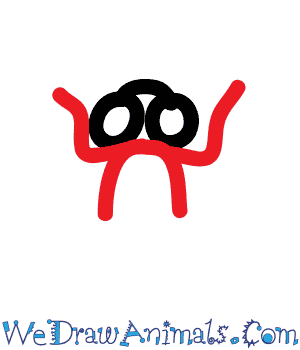 Step 2: Draw a half circle beneath that (open ended) and two lines for legs 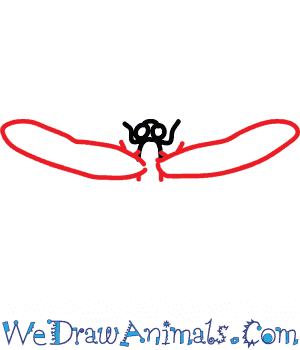 Step 3: A pair of green bean shaped wings are attached to the previous part, and extend the body 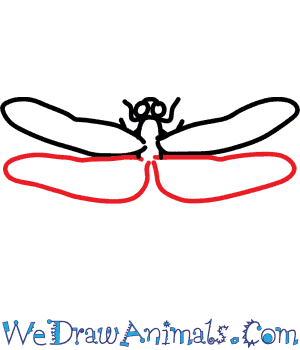 Step 4: Draw another set of wings 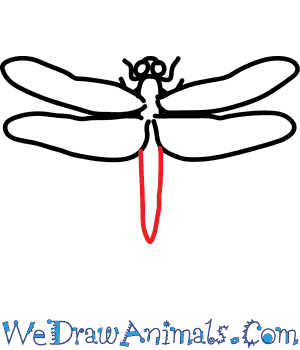 Step 5: Complete the body to a long, rounded point 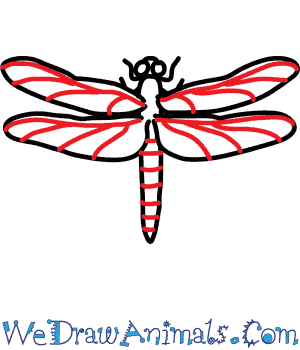 Step 6: Add lines to the rest of the body and lines in the wings for webbing

Interesting Facts about the Scarlet-Darter

This species of dragonfly gets its name from the vivid, bright red coloring that is often seen in the males. They are also called the broad scarlet, and the scarlet dragonfly. This is not the only way in which the scarlet darter is unique in the dragonfly world, though. It has a much wider abdomen and wings than most dragonflies do, complete with a pale stripe located on their thorax. Females lack this bright pigmentation. The females of this species as well as the juvenile dragonflies share the same yellow-brown coloring year-round.

Arts and Crafts Activity Notes: Draw the scarlet darter and proceed to make and distribute copies for each individual taking part in the project. Instruct them to color in their dragonflies using colored pencils, markers or crayons, and then cut them out carefully using safety scissors. Using string or twine of some sort, hang them from a ceiling or other surface using tape or glue to keep the string attached to the darter. Now you’ll have a room full of bright and colorful dragonflies. 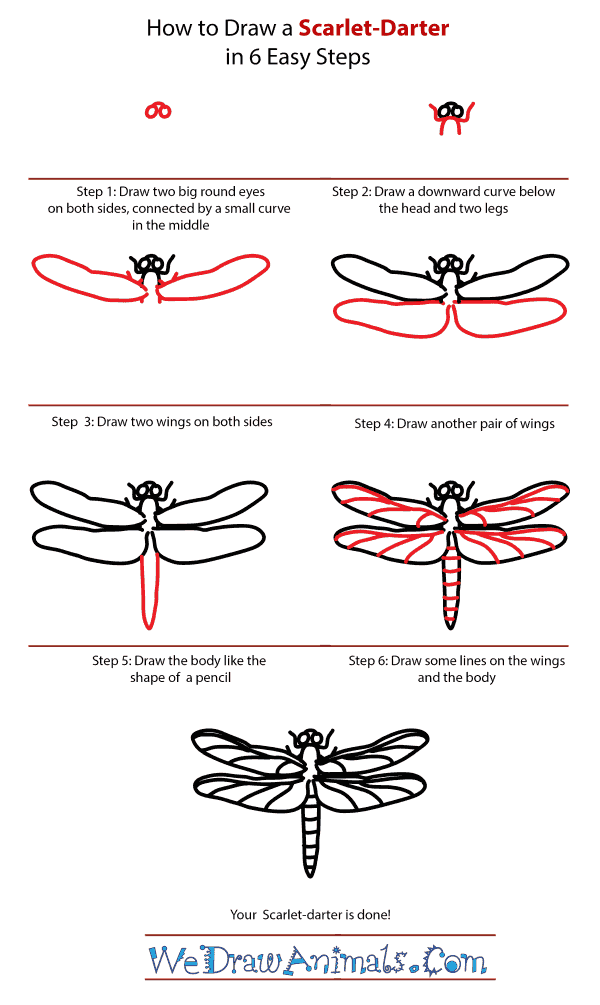 How to Draw a Scarlet-Darter – Step-by-Step Tutorial