How to Draw a Sika Deer 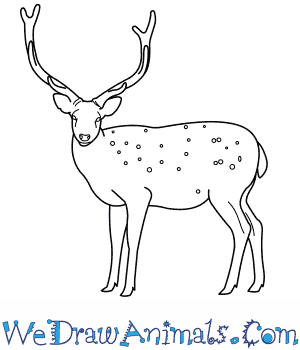 In this quick tutorial you'll learn how to draw a Sika Deer in 9 easy steps - great for kids and novice artists.

At the bottom you can read some interesting facts about the Sika Deer.

How to Draw a Sika Deer - Step-by-Step Tutorial 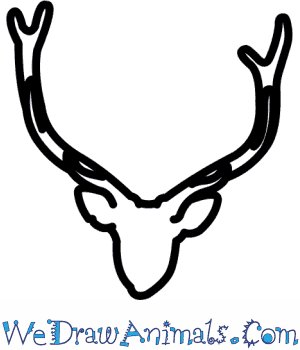 Step 1: First, draw the head of the Sika Deer using a big half-oval shape. Leave some blank space for the antlers and then draw two small oval shapes for the ears. Starting at the top of the head, draw the U-shaped, forked antlers using curved lines. 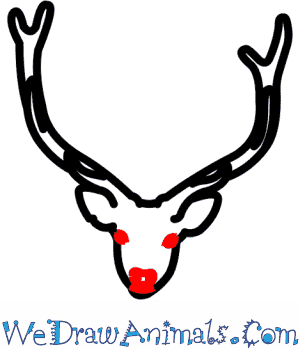 Step 2: Draw two ovals for the Sika Deer's eye. Draw a heart shape for the nose and fill it in. 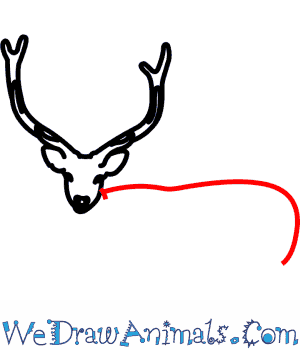 Step 3: Draw a curved line for the back of the Sika Deer. 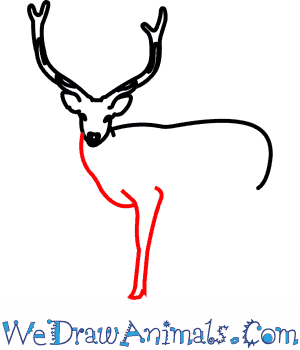 Step 4: Draw a gently curved line for the chest of the Sika Deer. Then, draw the left, front leg using curved lines and gently slanting lines and end it in a small, pointed hoof. Make the leg narrower at the foot and wider at the top. 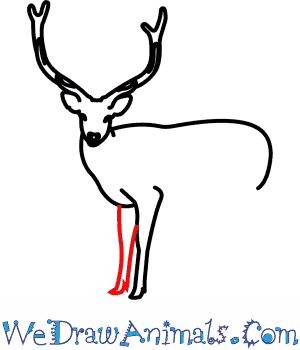 Step 5: Draw the other front leg next to the previous one using the same method. Add the pointed hoof to complete the leg. 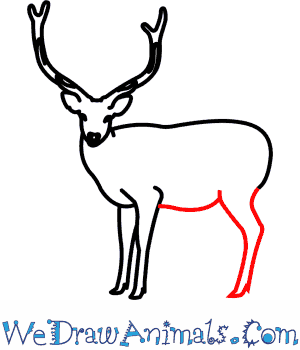 Step 6: Draw a curved line for the Sika Deer's belly and then draw the outline of the left, hind leg using curved and slanting lines. Draw the pointed hoof using small, straight lines. 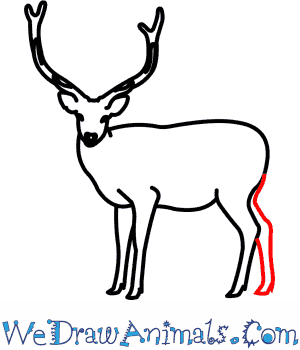 Step 7: Using curved lines and slanting lines, draw the outline of the other hind leg just like the previous one. 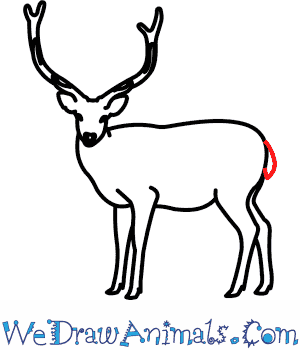 Step 8: For the Sika Deer's tail, draw a curved line at the back of its body. 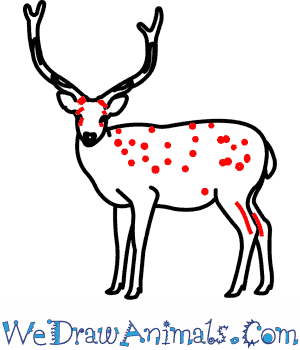 Step 9: Draw tiny circles for the spotted markings on the Sika Deer's face and body. Fill in the circles. Draw small curved lines on the hind legs of the deer to complete your drawing. After you finish drawing the Sika Deer, you can color it.

The Sika Deer used to be found in many Asian countries and even eastern Russia, but today is mostly found in Japan. It is a spotted type of deer and is small to medium in size, depending on the sub-species. Its color can range from a deep red to tawny brown to black. There have even been white Sika Deer seen in the wild.

The Sika Deer act more like elk than like many other species of deer. This has earned them the nickname “Japanese elk.” For instance, when they are scared, they will flip their tales up to show their heart-shaped rump. In addition, they are very vocal animals, much like elk. Some people say the sounds they make are like sticking your tongue out and blowing to make a “raspberry” sound! The Sika Deer are not currently in danger of extinction, but there are some of the sub-species whose numbers are declining.

How to Draw a Sika Deer – Step-by-Step Tutorial