How to Draw a Stonechat 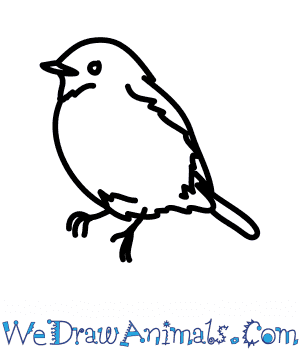 In this quick tutorial you'll learn how to draw a Stonechat in 5 easy steps - great for kids and novice artists.

At the bottom you can read some interesting facts about the Stonechat.

How to Draw a Stonechat - Step-by-Step Tutorial 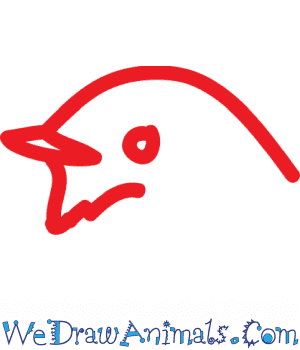 Step 1: Draw the head and a small beak, also add slight feathers underneath beak for "chin" 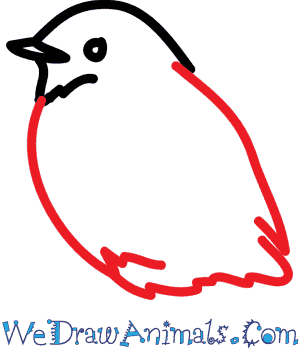 Step 2: Draw the rest of the body, working it at the bottom to look like feathers 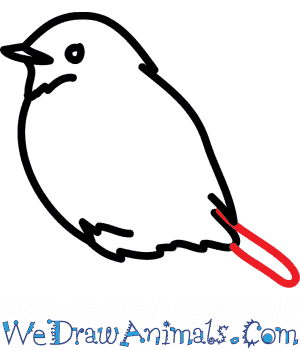 Step 3: on the bottom right, draw a tail feather 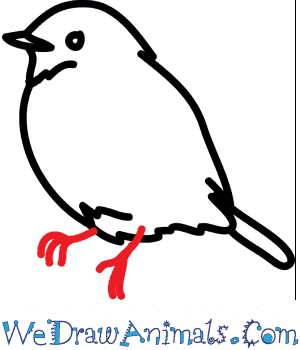 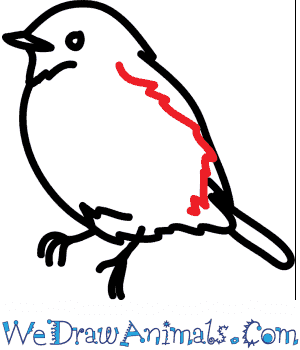 Step 5: Complete the feather and wing detail with a crooked line on its back

Interesting Facts about the Stonechat

The African stonechat is a common bird that is widespread throughout sub-Saharan Africa. Their scientific name literally means “collared rock-dweller,” because of the species’ tendency to make its home in rocky environments and the white half-collar that tends to appear on the bodies of male stonechats. There are many species of stonechat birds, but the males of the African stonechat are by far one of the most distinctive. They have black heads, backs and tails, white patches on their inner wings, and a bright orange-red coloring on their breast. Females, on the other hand, tend to be brown rather than black, and have distinctive pale markings that strongly resemble eyebrows. Instead of the orange color that is found in males, females are a brown color, and have less white on their wings than males do. During the mating season, both sexes of African stonechat seem to have duller, waxier-looking feathers.

Arts and Crafts Activity Notes: Draw the African stonechat and make copies to distribute to each participant in the activity. Once this is done, have them color in their birds using crayons, colored pencils or markers. Proceed to cut them out using safety scissors, and then attach tape to the back of each stonechat. Tape the birds to a map of the African continent as an illustration of how common the species is in those countries. 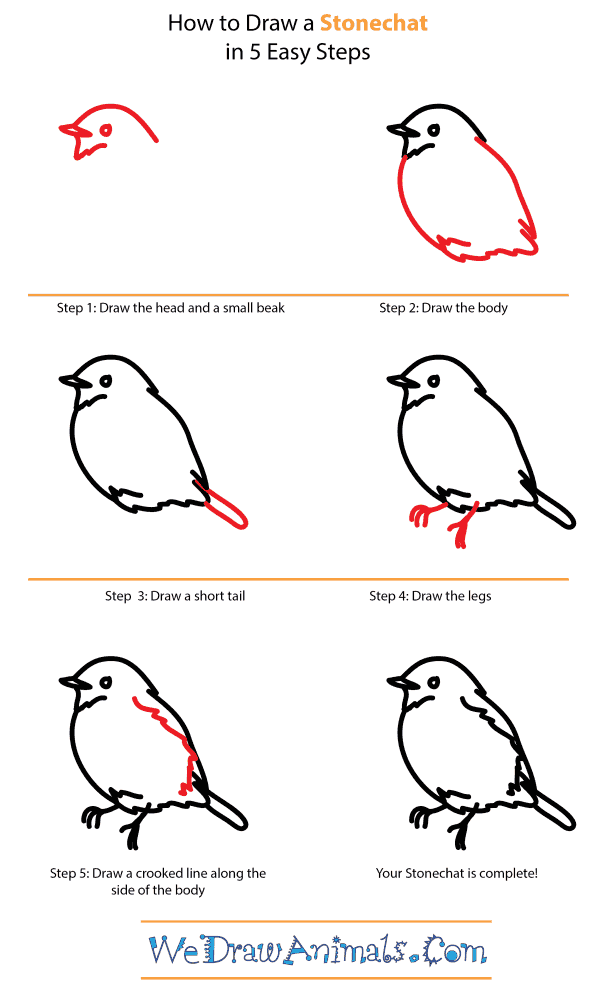