How to Draw a Sunfish 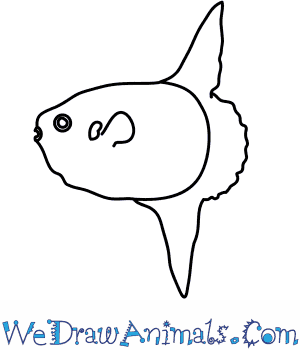 In this quick tutorial you'll learn how to draw a Sunfish in 6 easy steps - great for kids and novice artists.

At the bottom you can read some interesting facts about the Sunfish.

How to Draw a Sunfish - Step-by-Step Tutorial 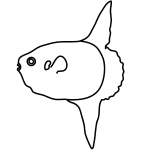 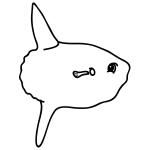 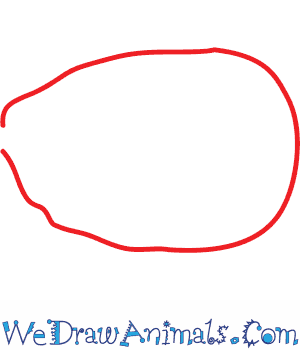 Step 1: To begin drawing the sunfish, you will first need to create the body. To do this you will need to draw an oval. Be sure to leave a space open for the mouth and create a few bumps on the side to give definition to the face. 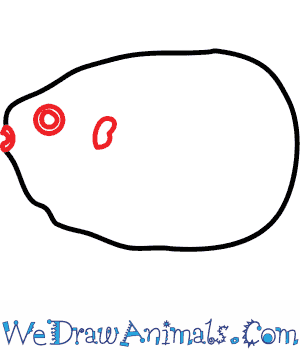 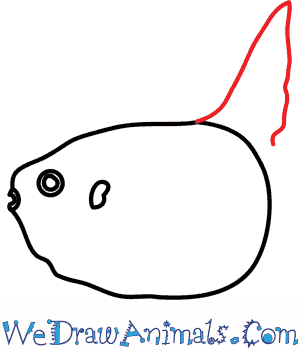 Step 3: For the next step you will need to add the upper fin. To do this draw the shape of a right triangle off of the back. Make the side a little bumpy and stop the line before it connects to the rest of the body. 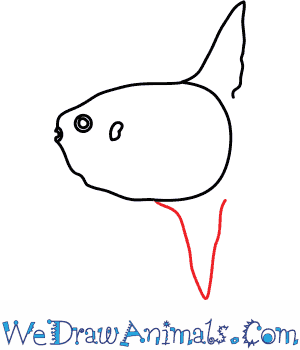 Step 4: To draw the lower fin, you will draw the same shape as the upper fin coming out of the bottom of the sunfish. 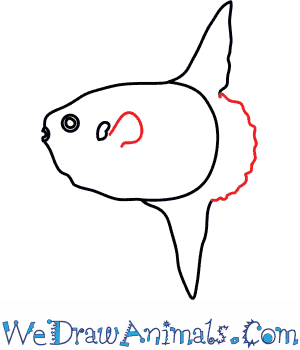 Step 5: For the next step you will need to draw the tail and the flipper. To draw the tail, draw a bumpy arc that connects the upper and lower fin together. Draw the flipper next to the spot on the face by creating a loop.

Interesting Facts about the SUNFISH

The Sunfish is a member of the fish family and the scientific term for them is Mola mola. This species gets its name because it’s usually seen bathing in the sun as it skims jellyfish on the surface of water. The name Mola is Latin for the word “millstone” which describes the rough, grey, and circular appearance of the animal.

Other popular names for this species are Moon Fish, Swimming Head, Head Alone, and Toppled Car Fish. It’s the heaviest bony fish in the world. They also have more babies than any other vertebrate. This animal is eaten by humans, killer whales, and sharks. Sea lions don’t eat them, but kill this fish for sport. This species can endanger humans when the leap onto a boat, or collide with it. 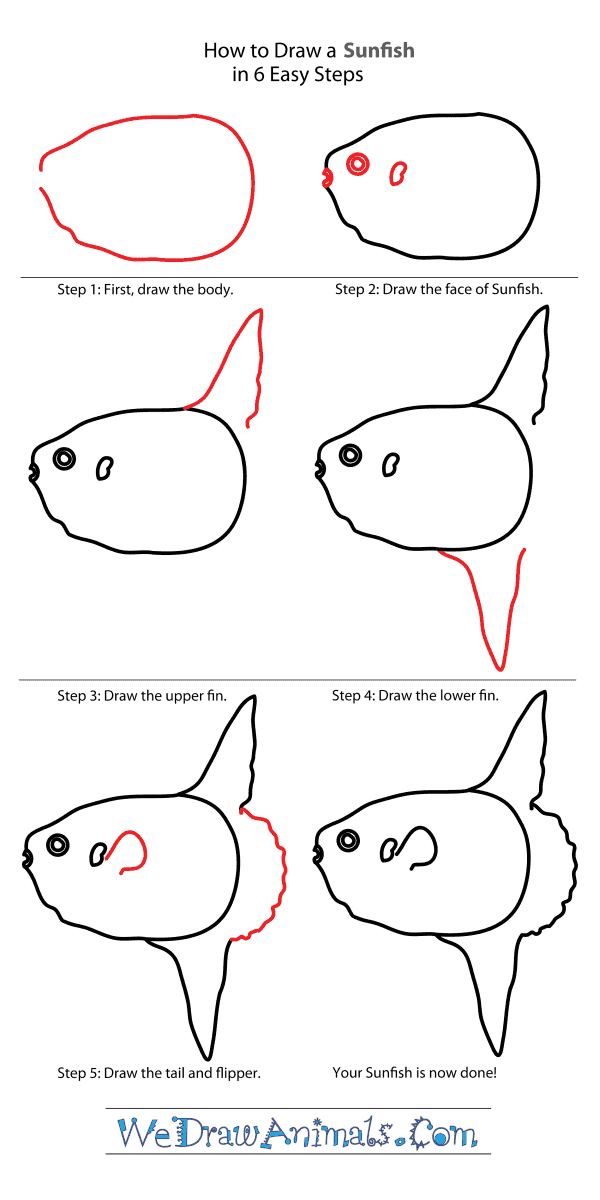 How to Draw a Sunfish – Step-By-Step Tutorial