How to Draw a Perch 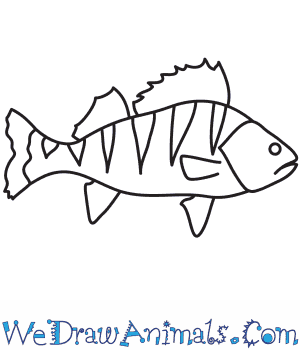 In this quick tutorial you'll learn how to draw a Perch in 7 easy steps - great for kids and novice artists.

At the bottom you can read some interesting facts about the Perch.

How to Draw a Perch - Step-by-Step Tutorial 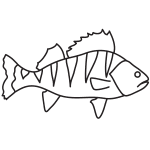 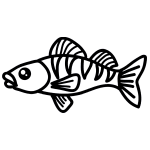 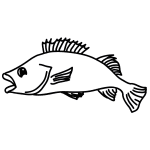 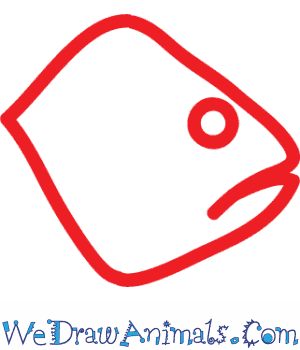 Step 1: Let's draw a Perch fish by starting with the head. For the head, draw a rounded diamond shape, making sure to leave a small curve in for the mouth. Also, add an eye by drawing a simple circle. 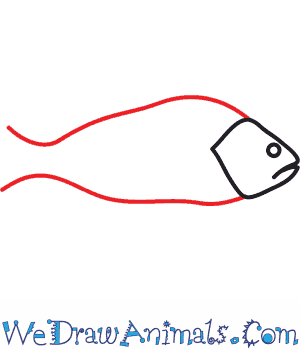 Step 2: Next, for the body, bring a long, curved line around the top that comes into a pinch at the end. This will be the tail. Next, draw another curved line along the bottom that closes is to meet mirror the top line. 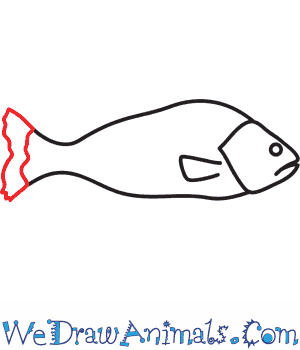 Step 3: For the tail, extend two lines outwards at the end. Then, add a few bumpy lines for the folds of the fin. 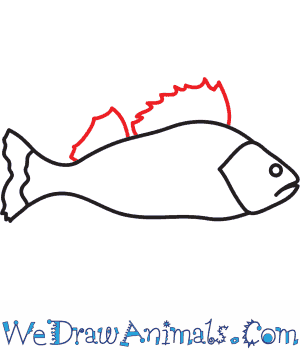 Step 4: To draw the upper fins, draw two curved lines upward and end them with some sharp points at the top. 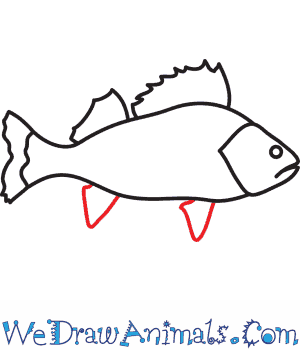 Step 5: Add the bottom two fins by drawing two triangles along the bottom of the fish. 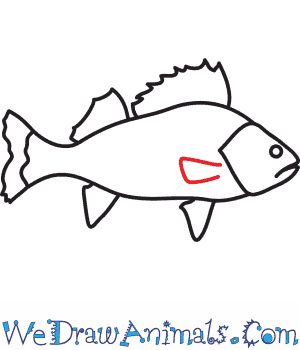 Step 6: Now, add a rectangular shape with a space open on the right where it connects to the body. 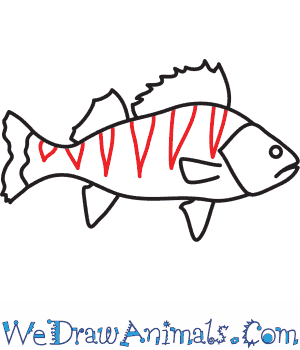 Step 7: For the pattern on the fish, draw a few pointed lines all the way down the side of the body. To color the Perch, color the fins orange and the body green.

Interesting Facts about the PERCH

The Perch is a member of the fish family and the scientific term for them is Perca fluviatilis. This species gets its name from the Greek word “perke” meaning spotted. Another common name for this animal is the European Perch, English Perch, and Redfin Perch. It’s a freshwater game fish found in Europe and Asia. This animal is typically greenish in color with dark vertical stripes on its sides and a red or orange coloring on the ends of its fins.

They have been imported to New Zealand and Australia where larger specimens have been bred. This species is easily caught by people, as they are attracted to most methods of fishing. There are many different types of perch, all being strictly carnivorous including eating fish, and they are cooked for food in a large variety of ways. 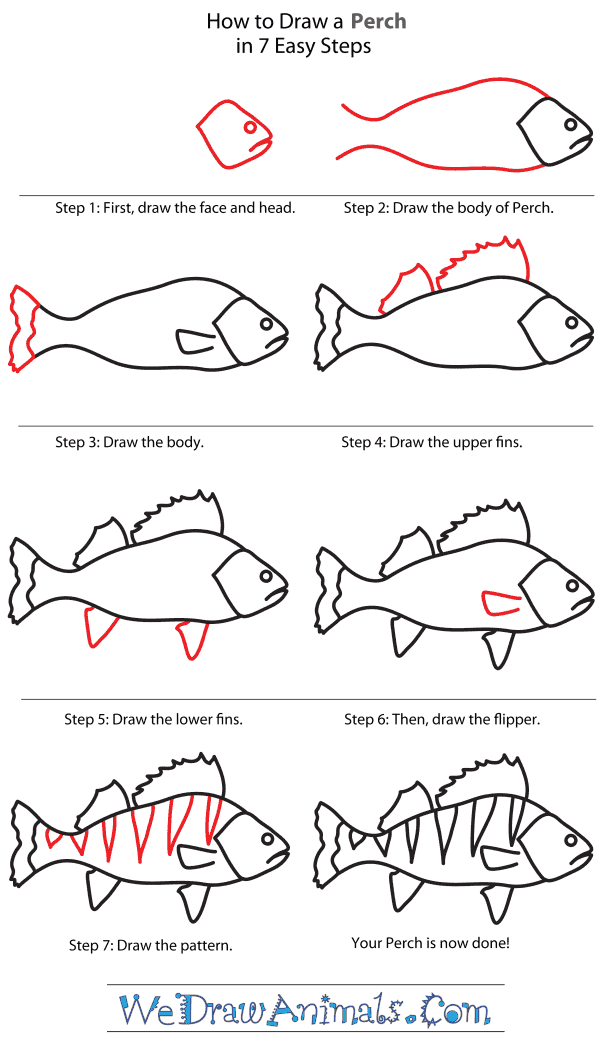 How to Draw a Perch – Step-By-Step Tutorial