How to Draw a Timber Wolf 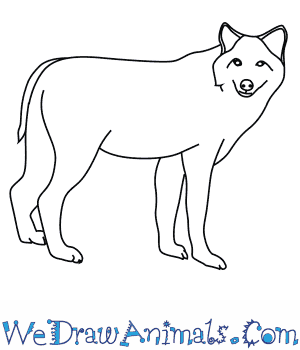 In this quick tutorial you'll learn how to draw a Timber Wolf in 8 easy steps - great for kids and novice artists.

At the bottom you can read some interesting facts about the Timber Wolf.

How to Draw a Timber Wolf - Step-by-Step Tutorial 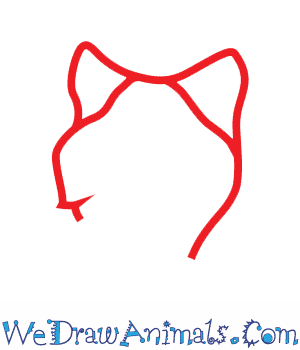 Step 1: Use a bumpy circle-like shape for the head, with two indents to put the ears into. Add two bumpy triangles for the ears. 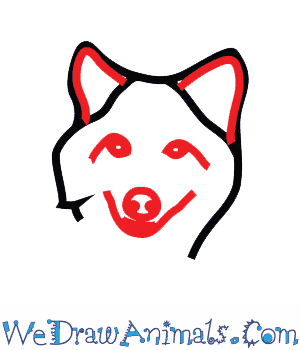 Step 2: Use two dots with lines extending from them for the eyes, trace the inside of the ears just a little bit more inside, and make the nose with a circle and two dots. Add a line for the mouth. 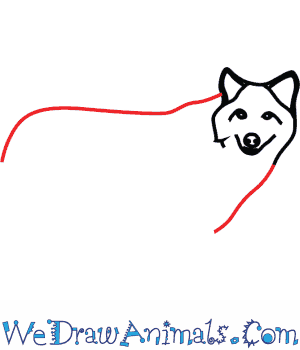 Step 3: Draw the draw continuing from the head, with a diagonal line on the right and a mostly horizontal line that curves down on the left side of the head. 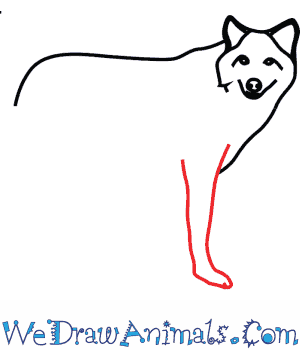 Step 4: Have two lines come down from the body to the foot to make the front leg. Have the foot extend out to the right and add a tiny line to make toes. 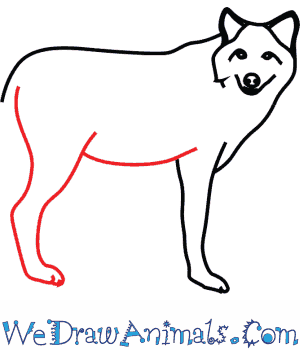 Step 5: Draw the hind leg a lot like the front leg, although you’ll want to add a curve where the knee would be. Also, draw the bottom of the body. 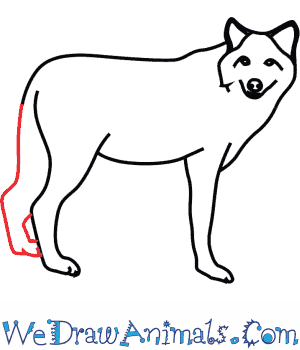 Step 6: Draw the other hind leg in nearly the same manner as the first, except that a small portion will be hidden behind the first hind leg. 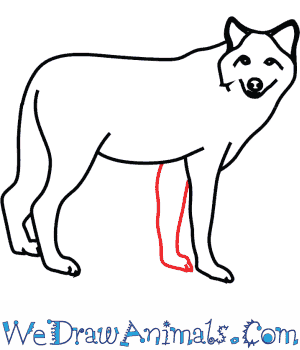 Step 7: Draw the other front leg just like the first, only to the left. 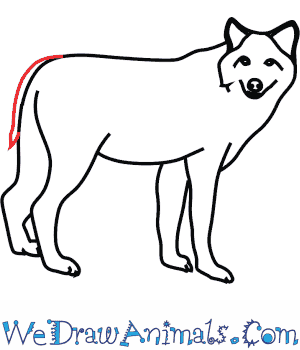 Step 8: Draw the tail with a single line on the left side of the drawing, and a tiny connecting line. Your Timber Wolf is now done!

Timber wolves are commonly called gray wolves. They used to live all across the United States. At one point history they were an endangered species, but humans saved them from extinction. They now live in parts of Canada, Alaska, Idaho, New Mexico, Arizona, Minnesota, Michigan, Wyoming, Montana, and Wisconsin.

Timber wolves are very social animals. They live in groups called packs. There are typically four to seven timber wolves in a pack. Each pack has an alpha male and an alpha female, which are the leaders of the pack. The alphas are the mothers and fathers of most of the pack members. Members of the pack show a lot of affection for each other and have strong bonds, much like human families. 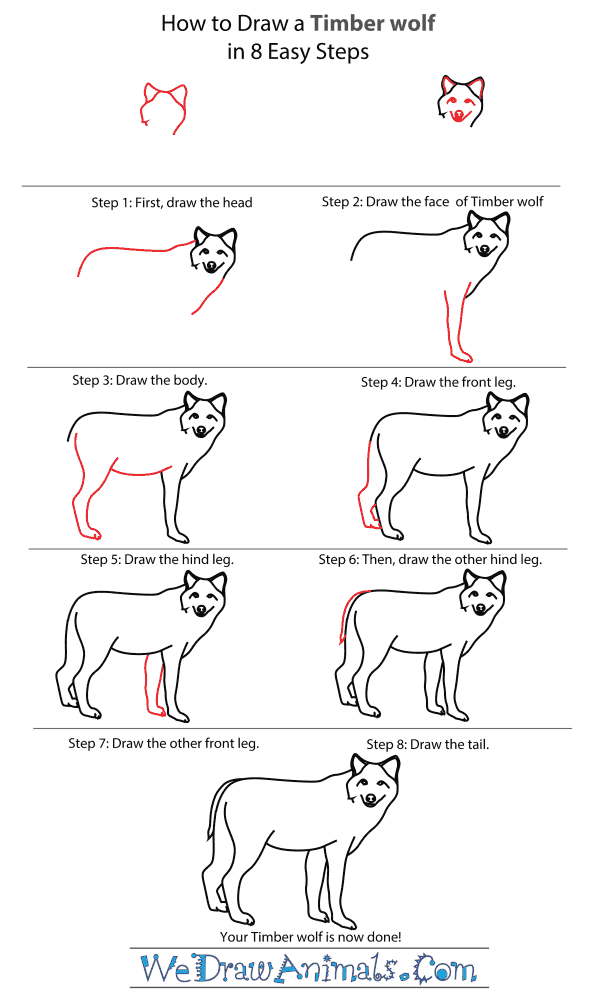 How To Draw A Timber Wolf – Step-By-Step Tutorial

Next post: How to Draw an African Wild Dog