How to Draw an African Wild Dog 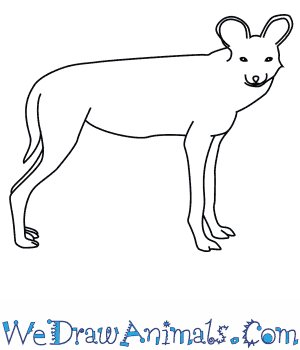 In this quick tutorial you'll learn how to draw an African Wild Dog in 8 easy steps - great for kids and novice artists.

At the bottom you can read some interesting facts about the African Wild Dog.

How to Draw an African Wild Dog - Step-by-Step Tutorial 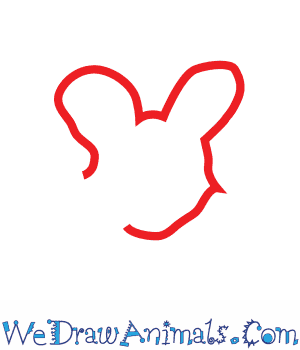 Step 1: To draw the head, start with a circle and add two arches for ears. Leave a gap for the neck. 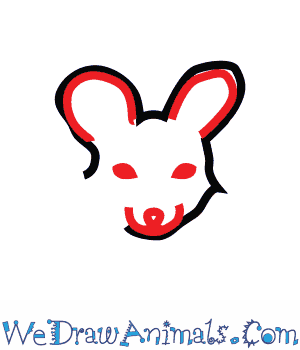 Step 2: Use two tiny ovals for the eyes, a tiny circle for the nose, and a line for the mouth. Copy the pattern of the ears except a tiny bit inside. 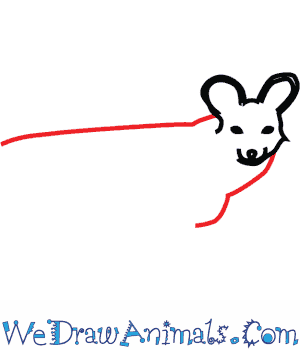 Step 3: Draw the body by drawing lines from the head, one forming the top of the body and the other the right side of the body. 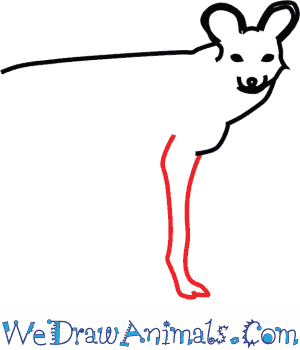 Step 4: Use two mostly vertical lines to form a leg, with the two lines connecting at the foot. Leave an indent for the toes. 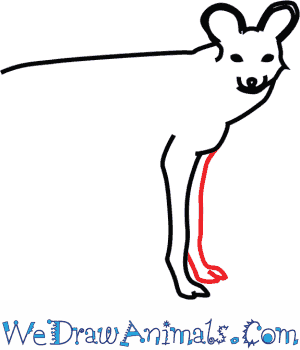 Step 5: Draw the other front leg just like the first, except hide a little behind the first leg. 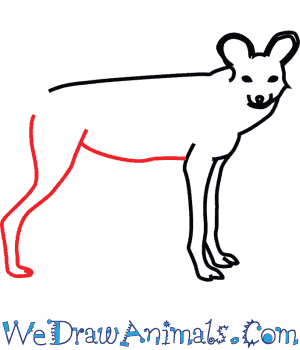 Step 6: Draw the bottom of the body, and then draw the hind leg thicker than the front and with a curve. Draw the foot the same as the front leg. 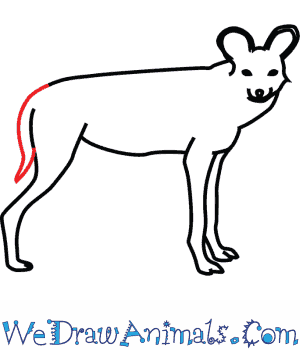 Step 7: To draw the tail use two lines that connect at a point that start on the left side. 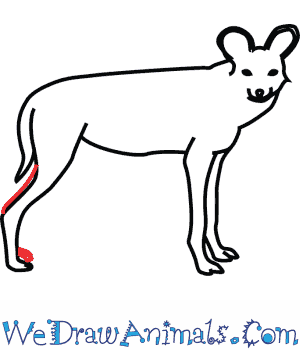 Step 8: The second hind leg will be mostly hidden by the first, so you only need to add a single line and a small bump to let people know it is there. Your African Wild Dog is now done!

The African wild dog is at risk of becoming extinct in certain parts of Africa. Throughout history, farms and rangers have tried to protect their own livestock by shooting African wild dogs, to prevent them from killing their farm animals. They were a popular target for hunters as well. Their population also declined due to rabies and other diseases. Humans are trying to conserve their population in parks and animal reserves.

Similar to snowflakes, no two African wild dogs look alike. All of them have brown coats with black and yellow patches. The patterns of the patches are different on each African wild dog. The African wild dog’s scientific name is Lycaon pictus, which means “painted wolf,” which appropriately describes the look of their coats. 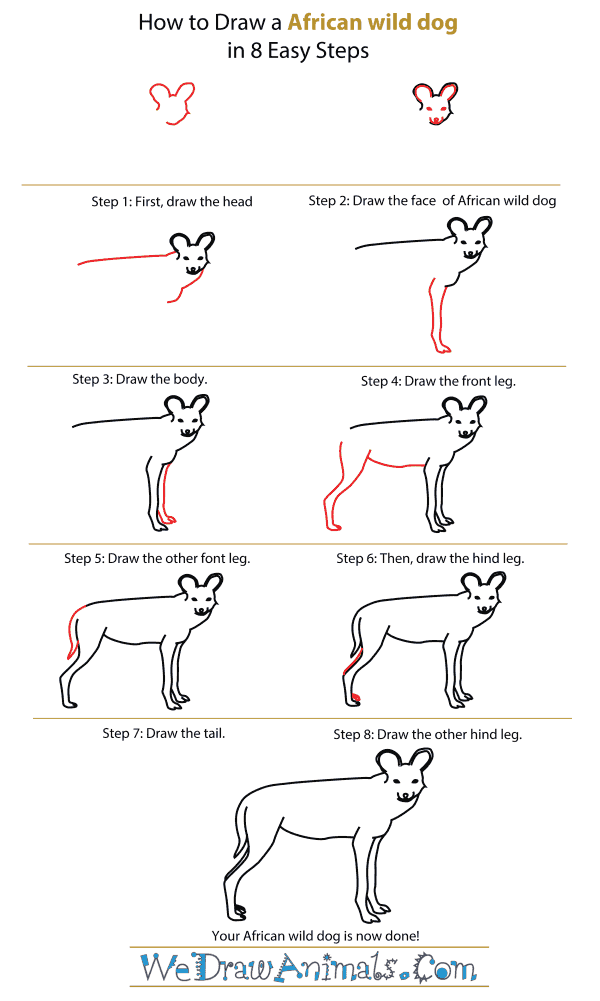 How To Draw An African Wild Dog – Step-By-Step Tutorial