How to Draw a Wall Gecko 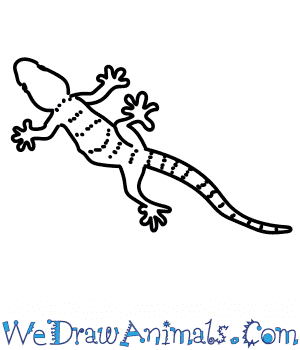 In this quick tutorial you'll learn how to draw a Wall Gecko in 7 easy steps - great for kids and novice artists.

At the bottom you can read some interesting facts about the Wall Gecko.

How to Draw a Wall Gecko - Step-by-Step Tutorial 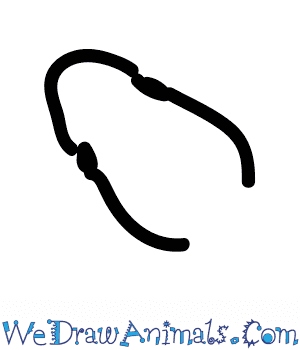 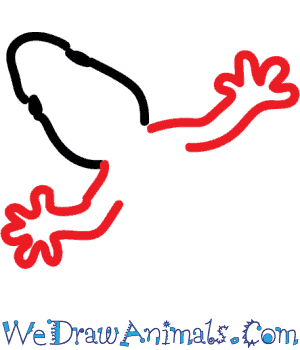 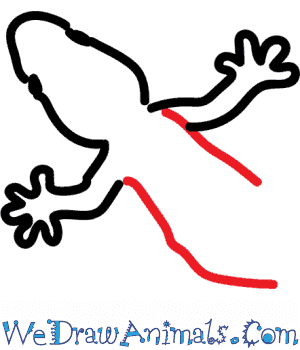 Step 3: Draw more of the body, with the bottom line being more curved than the top 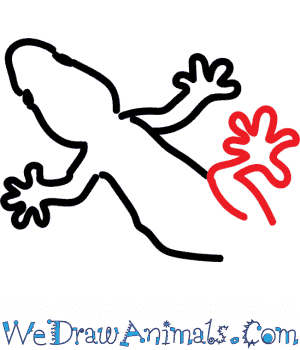 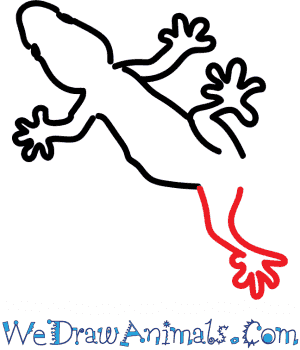 Step 5: Draw a stretcheed out hind leg (left side) 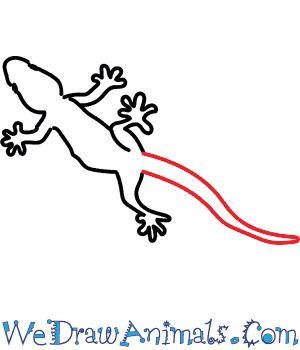 Step 6: Close off the body with a very long tail 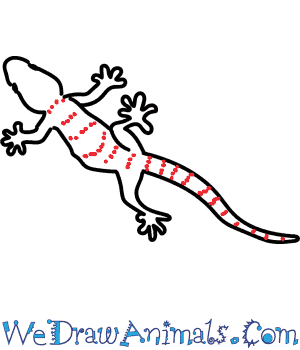 Step 7: Dotted lines along the back will show its realistic design

Interesting Facts about the Wall Gecko

The common wall gecko is the largest gecko in all of Europe, with a very plump body and flattened head. They are also known as the Moorish Gecko, and the Mauritanian Gecko, and there are three different subspecies of this particular kind of gecko. Their outer appearance makes them seem rather “spiky,” as their bodies are covered in bumps or “tubercles” that give it this look. They are brown, grey or white-ish in color, with dark bands of scales on their tails. But the color of this animal does not have to remain consistent, as they can camouflage themselves into their environment to hide from predators or sneak up on prey. The only visible difference between males and females of this species is that males are often bigger, heavier and possessing of larger heads. This size difference is impossible to detect when the gecko is still young. At full maturity, the length of their tail is equivalent to the length of the head plus the length of the body. The wall gecko is widely distributed through North Africa and the Mediterranean, with populations introduced to the United States, Argentina and Uruguay. They prefer rocky cliffs, stone walls and trees near warm coastal areas, but have been seen in urban habitats as well-even inside of houses. Did you know?

During mating season, the male gecko will get very territorial, and use loud calls to attract females to them. Once mating has occurred, the female will lay two to three clutches of one or two eggs at a time, usually laying them under stones or in the cracks and hollows of trees. Once these eggs are laid, it can take up to fourteen weeks for them to hatch. Hatchlings when first born are never longer than six centimeters. Though they are not a vulnerable or endangered species, they do exist in many pre-established conservation areas. 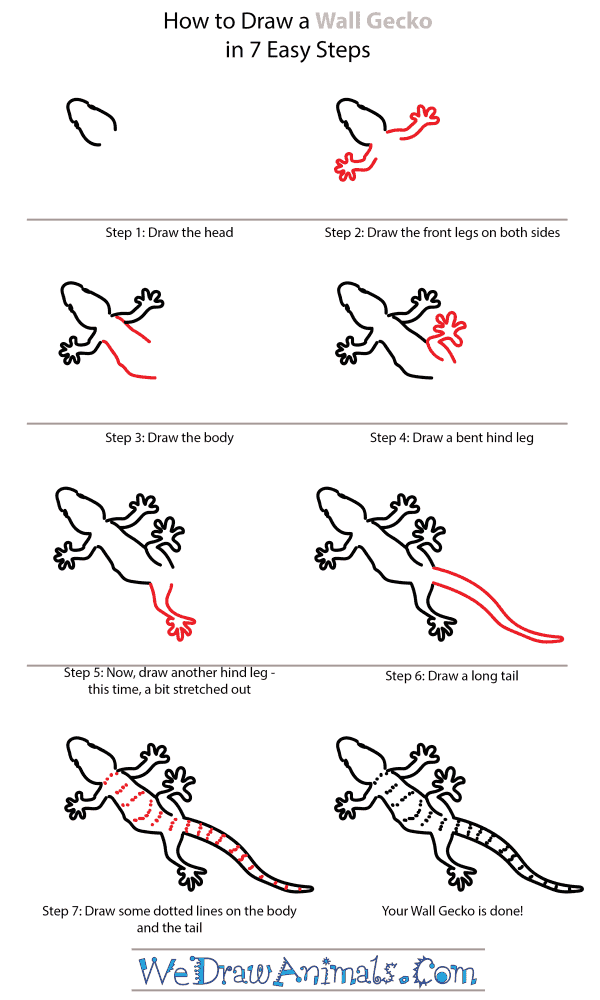 How to Draw a Wall Gecko – Step-by-Step Tutorial