How to Draw a Woolly Monkey 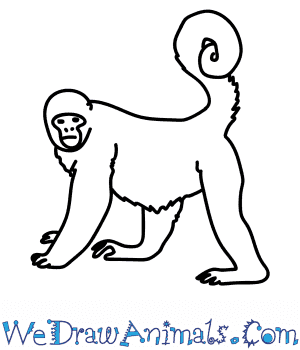 In this quick tutorial you'll learn how to draw a Woolly Monkey in 7 easy steps - great for kids and novice artists.

At the bottom you can read some interesting facts about the Woolly Monkey.

How to Draw a Woolly Monkey - Step-by-Step Tutorial 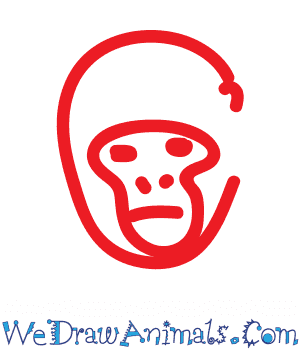 Step 1: Draw the head, be sure the face is framed in seperately from the fur 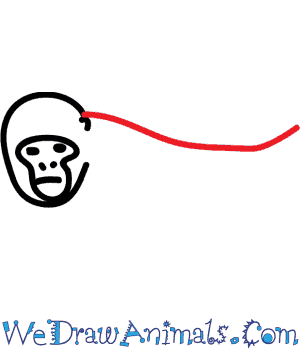 Step 2: Draw an arched line for the back 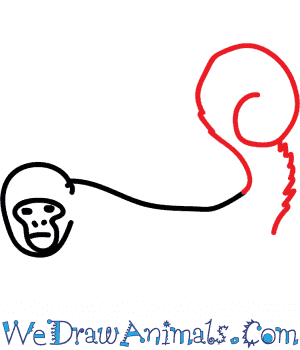 Step 3: Continue this up into a full curled tail 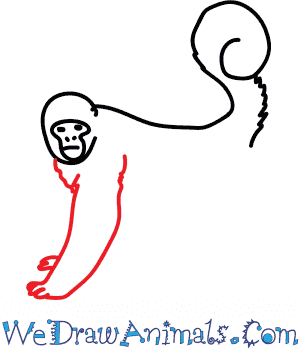 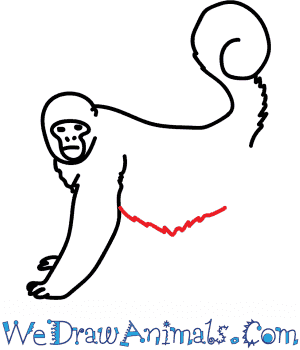 Step 5: Extend the furry belly line to the back 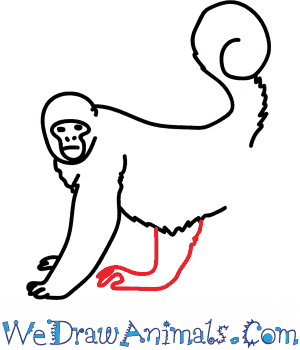 Step 6: Draw a hind leg directly in the middle of the monkey's belly 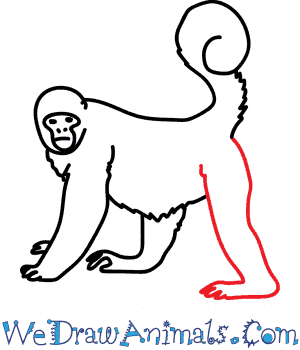 Interesting Facts about the Woolly Monkey

This South-American monkey is native only to that region, including all four of its varieties. The color of these simians varies between dark brown, reddish-brown, grey and olive, with their back sides being lighter in color than their bellies. Most every woolly monkey has a black face and pink palms, with a long and strong tail that acts as a fifth limb used for grabbing tree branches and other items in their habitat. Males are much larger than the females of this species, their average weight somewhere around seventeen pounds. The woolly monkey prefers humid and high-elevation areas to feed and make its home, and they are especially fond of flooded rain forests where humidity is a need that is easily met. This species of monkey is preyed upon by eagles and large feline species, which is why they tend to remain high up in the treetops.

The population of this species is considered to be in decline to due to the interference of humans in their environment. This species is polygamous, meaning that the males will often find more than one mate. Play serves numerous purposes for the young and older woolly monkey alike, as it helps to facilitate bonding as well as establish the “pecking order” of the group early on in the monkeys’ development. 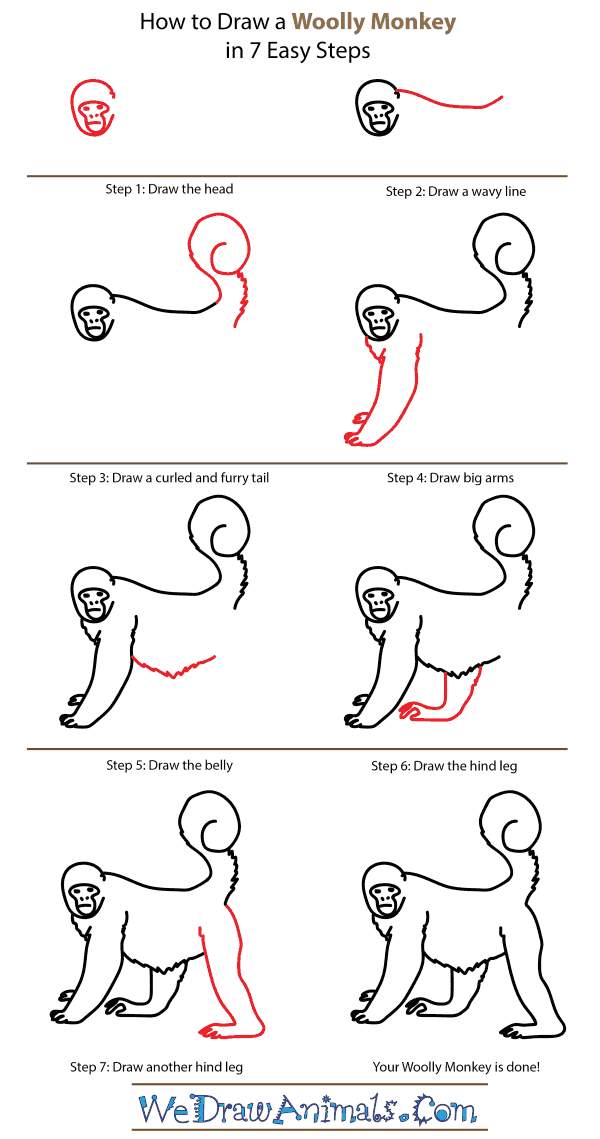 How to Draw a Woolly Monkey – Step-by-Step Tutorial