How to Draw a Worm 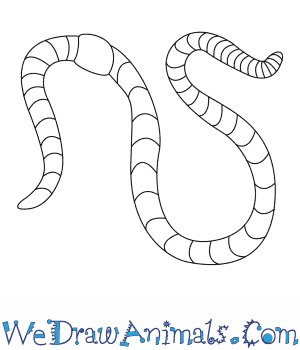 In this quick tutorial you'll learn how to draw a Worm in 4 easy steps - great for kids and novice artists.

At the bottom you can read some interesting facts about the Worm.

How to Draw a Worm - Step-by-Step Tutorial 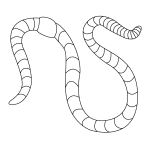 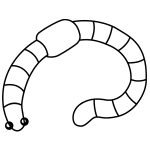 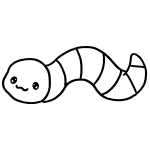 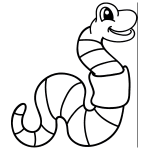 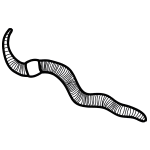 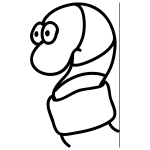 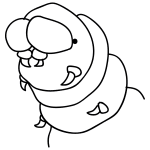 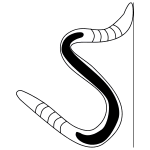 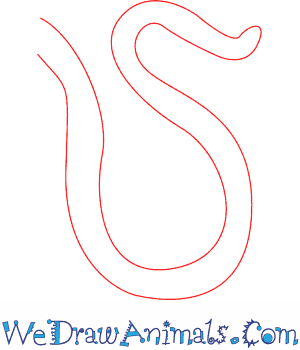 Step 1: Begin by drawing the first half of the body. Remember, worms are long and skinny and can bend many times, so draw two lines with lots of curves. 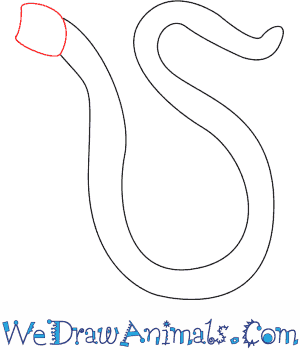 Step 2: Now let's add in a little detail to make your worm look real. Draw the piece that separates the first half of the body from the second. Think of a square with the edges rounded. 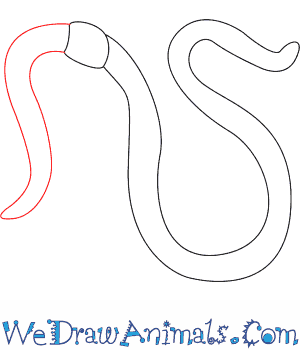 Step 3: Next, finish the body. Draw two curved lines like you did for the first half, but make them shorter. The lines come together in a rounded point at the end. 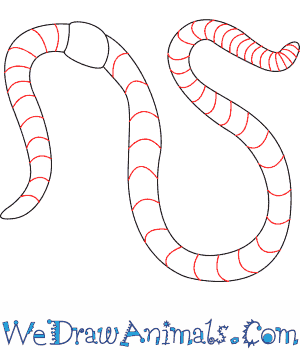 Step 4: For your last step, draw the extra details in the body. These lines are called "furrows" and they separate the different segments of the worm. Longer earthworms have more segments. The African giant earthworm can be up to 22 feet long! Did you know? Earthworms can make soil better to help plants grow, which is very good for farmers. They also do not eat the plants they are helping. Ask your students to pick their favorite fruit or vegetable and learn how it grows (e.g. potatoes grow in the ground, apples grow on trees, etc). Then have them draw a farm for their food and include earthworms in the soil.

There are hundreds of thousands of worm species. They live practically everywhere. Certain worms, such as earthworms, can improve the quality of soil in gardens and on farms. This is very helpful to farmers and gardeners, and the worms do not eat the plants that they help grow.

Worms are slimy! They do not have lungs, so they breathe through their skin. If a worm dries up and does not have slime on its skin, then it cannot survive. Also, worms do not like light. They shy away from sunlight, and too much ultraviolet light can kill them. They also do not like heat, and they will get sick if exposed to too much. 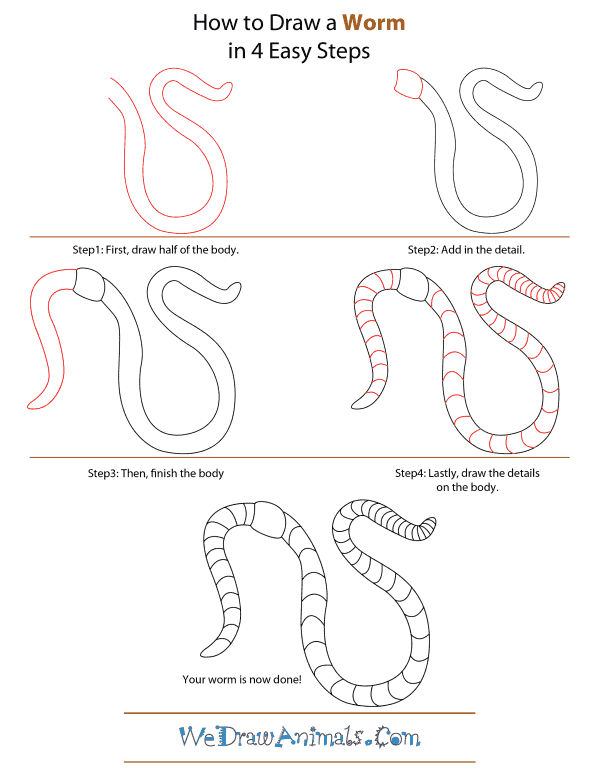 How To Draw A Worm – Step-by-Step Tutorial