How to Draw a Yellow-Banded Caecilian 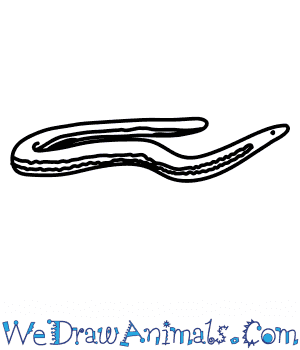 In this quick tutorial you'll learn how to draw a Yellow Banded Caecilian in 5 easy steps - great for kids and novice artists.

At the bottom you can read some interesting facts about the Yellow Banded Caecilian.

How to Draw a Yellow Banded Caecilian - Step-by-Step Tutorial 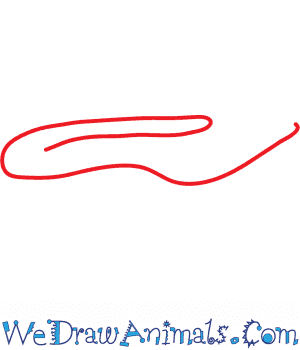 Step 1: Start with a wavy spiral 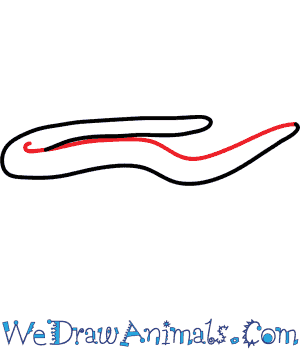 Step 2: Connect both open ends of the spiral with another line 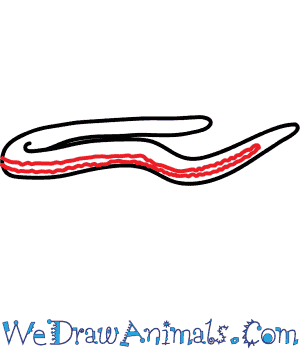 Step 3: On the lower edge of the front draw squiggled lines 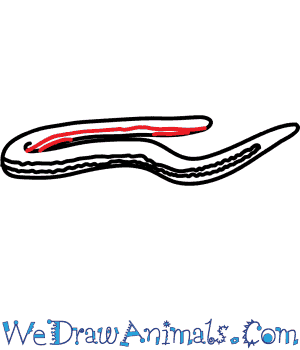 Step 4: Draw a crooked or Squiggley stripe on the lower part of the back half 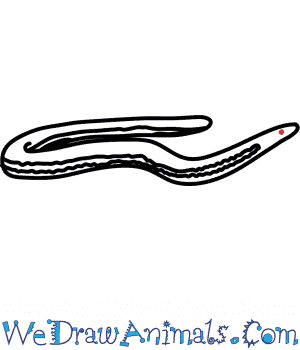 Step 5: Draw the eye by putting a small dot at the end of the head.

Interesting Facts about the Yellow-Banded Caecilian

The yellow-banded caecilian is a worm-like animal that is found in Sri Lanka and the Western Ghats of the Indian Peninsula. They are burrowing animals, and are not the least bit threatened by endangerment even though they can be quite difficult to see due to the way that they frequently hide out underground, only coming out at night. They are rarely encountered by anyone-human or other predator-unless after a heavy rain or some other event that has displaced the soil of their habitat. They have two sensory tentacles that come out of their heads, which they use for finding burrowing invertebrates that they share the ground with.

This bizarre-looking creature has a dark violet body that can at times appear to be brown. Ventrally, their skin will become a lighter brown shade over time. There is a long strip of yellow that runs from their head to the very tip of their tail and becomes wider at the neck. This is perhaps the most identifying mark of this creature. This stripe also extends to the upper lip and jaw of the animal as well. They have very “squished” faces, with their eyes, lips and nose all being within equal distance from each other. This would make their faces resemble triangles, If not for the fact that their faces are pretty flat. 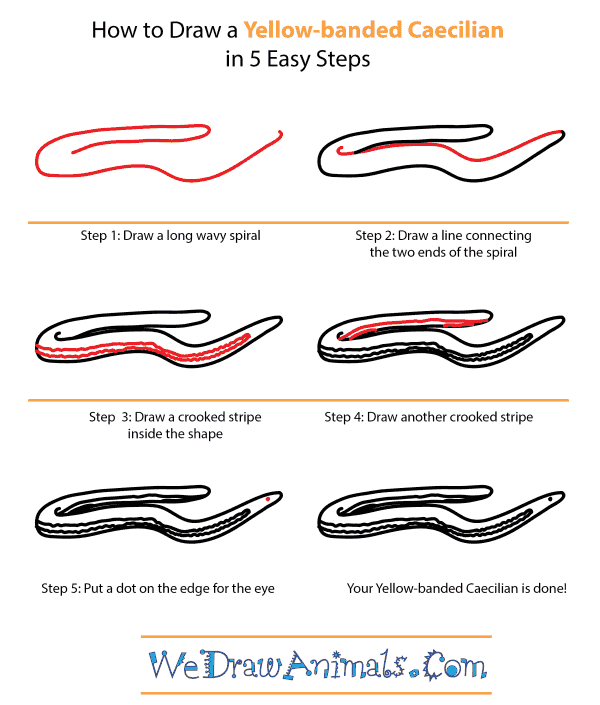 How to Draw a Yellow-Banded Caecilian – Step-by-Step Tutorial