How to Draw an Aardvark 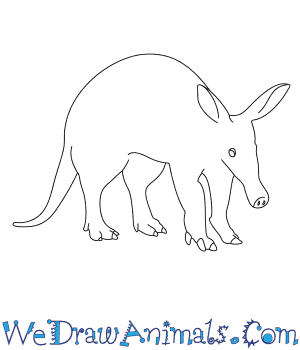 In this quick tutorial you'll learn how to draw an Aardvark in 10 easy steps - great for kids and novice artists.

At the bottom you can read some interesting facts about the Aardvark.

How to Draw an Aardvark - Step-by-Step Tutorial 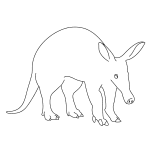 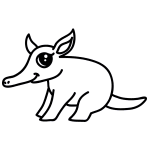 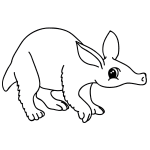 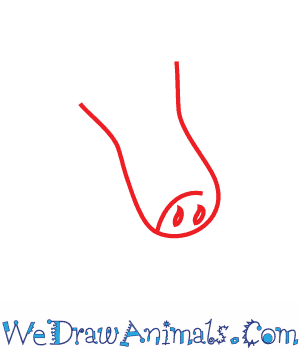 Step 1: Let's draw an Aardvark! To start, draw a funnel shape with a round end and add a small line to curve off the end. Add two teardrops colored black for the he nostrils. 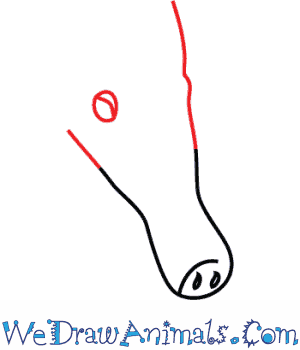 Step 2: Now continue the nose up on the left with a curved line. Also, add small almond shape and a circle on top of that for the eye. 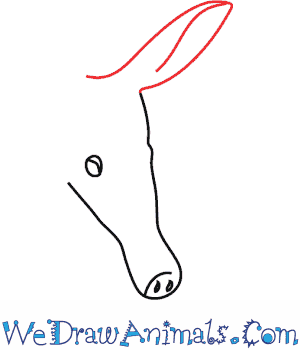 Step 3: Draw the first ear by drawing two ovals on top of the head. 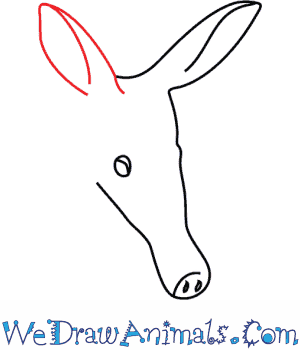 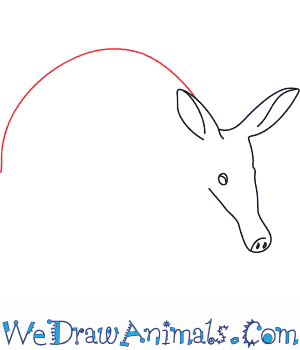 Step 5: Draw the back by adding a lone curved line on the left of head. 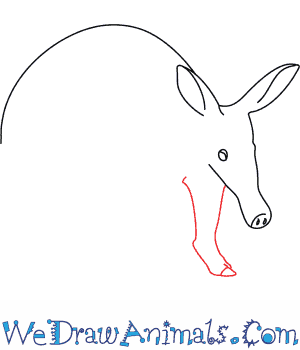 Step 6: Now draw the first front leg, which should be a bit longhand ending in a hoof. The nails on the toes are large and strong and shaped like mini-shovels to let the Aardvark dig better! 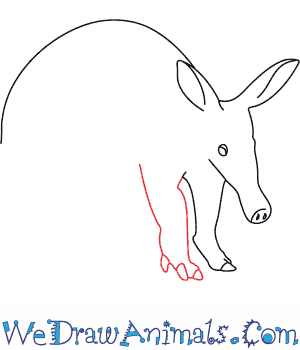 Step 7: Add the second front leg to match the first. 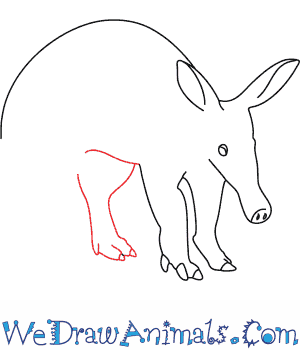 Step 8: Add the belly with a curved line and the hind leg by making two lines straight down. Curve the bottom to make the hoof shape and more nails for the feet. 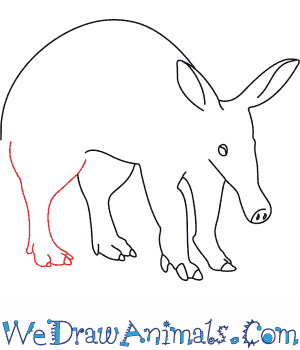 Step 9: Draw the final front leg just behind the first one you drew earlier. 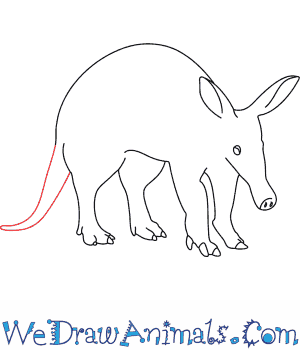 Step 10: Now add the long tail behind the Aardvark by bringing two curved lines down that meet at a round point.

Interesting Facts about the Aardvark

The Aardvark is a nocturnal animal that is natural to Africa. Maybe you have heard of this animal before as an “African antbear” or an “anteater”, which are two other names that it is often called. The scientific name of the aardvark is translated from Greek to mean “digging foot” which suits it well since these animals are often burrowing.

How to Draw an Aardvark – Step-By-Step Tutorial