How to Draw a Bonobo 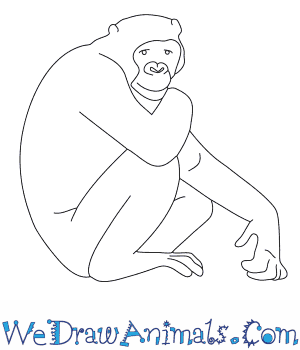 In this quick tutorial you'll learn how to draw a Bonobo in 9 easy steps - great for kids and novice artists.

At the bottom you can read some interesting facts about the Bonobo.

How to Draw a Bonobo - Step-by-Step Tutorial 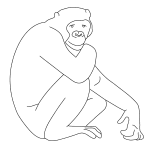 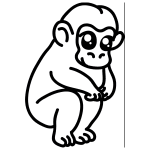 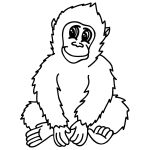 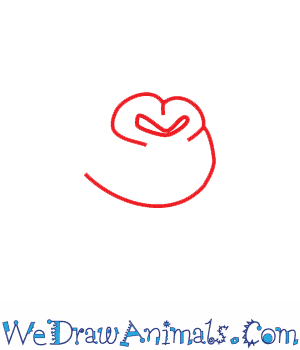 Step 1: The Bonobo is a type of great ape and is closest living relative to mankind. Let's draw one by starting with the nose and mouth. Draw two small teardrops for the nostrils with two semicircles outside of them. Now add another curve underneath for the mouth. 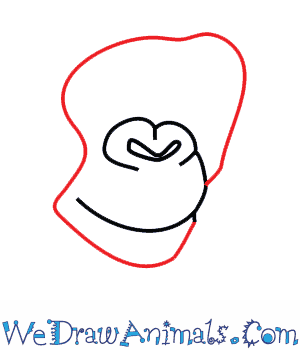 Step 2: To start drawing the face of the Bonobo, draw a wavy line around the nose and mouth to make a tall round face shape. 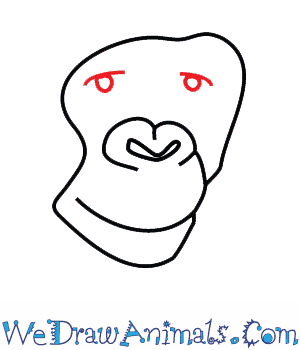 Step 3: Add in the eyes by drawing two small lines at small angles. Add two semi-circles underneath the lines for the pupils. 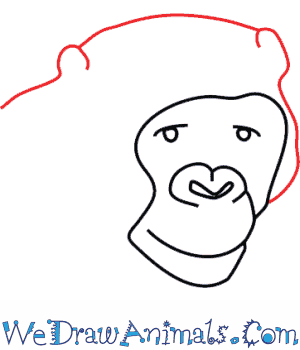 Step 4: Now, extend the face shape up with a curve and add in a small circle for the ear. Now, draw an arc across to the left and add the second round ear. Then add one more small line behind that ear for the neck. 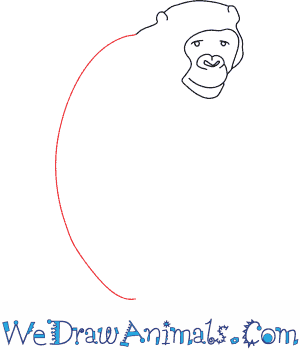 Step 5: Draw a long curve down for the back. 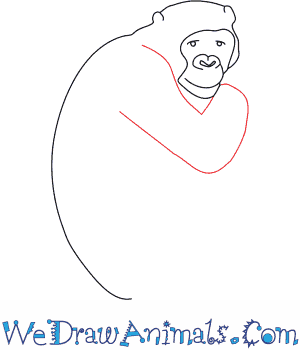 Step 6: Now draw the right arm by making two v shapes, one under the face and then another for the elbow. Use a small round line to close of the right side. 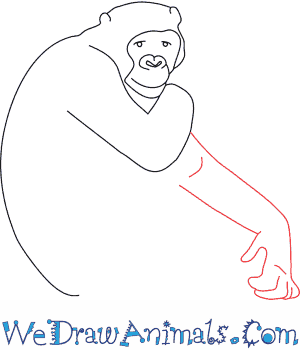 Step 7: Now add the left arm by bringing two lines all the way down at an angle and create a few fingers at the end of the hand. Notice how similar it is to the arm, hands and fingers of a person! 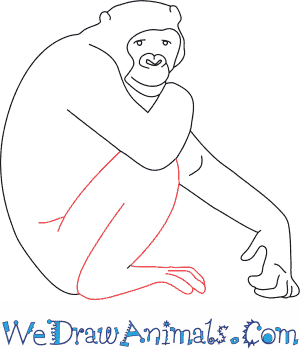 Step 8: To draw the right leg, make a long round curve that goes down under the arm. Than, create the long foot at the bottom by drawing a long tube shape. Add the long toes at the end as well. 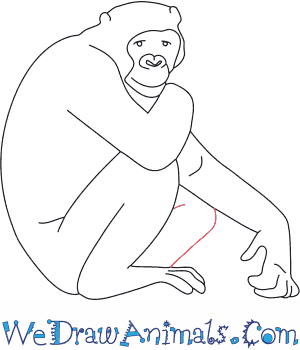 Step 9: Finally, draw a curved line to create the last back leg behind the first.

Interesting Facts about the Bonobo

The bonobo is a type of great ape and is actually man’s closest living relative alone with the chimpanzee. Bonobos can only be found in the Democratic Republic of Congo, in one small area that is a humid lowland rainforest. Bonobos are often discussed as the pygmy chimpanzee because it has s smaller body shape in comparison to its relatives.

The bonobo is considered to be on the endangered list and has been places on the IUCN Red List as well as the Appendix of CITES. Due to the fact that these apes aren’t so widespread in many areas they are threatened by habitat loss since large parts of rainforest are being cleared. Now bonobos are being protected by laws.

How to Draw a Bonobo – Step-By-Step Tutorial