How to Draw an African Buffalo 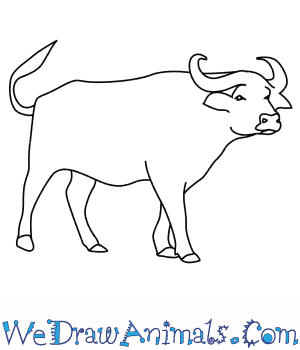 In this quick tutorial you'll learn how to draw an African Buffalo in 8 easy steps - great for kids and novice artists.

At the bottom you can read some interesting facts about the African Buffalo.

How to Draw an African Buffalo - Step-by-Step Tutorial 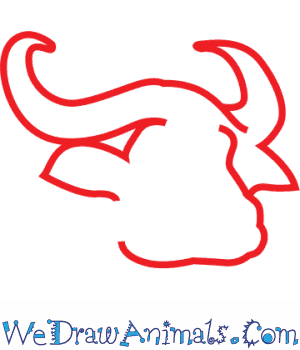 Step 1: Let's draw an African buffalo! Start by tracing two long, pointy horns that curl toward each other. Continue with the rectangular-shaped ears. Here's a tip: make sure the corners aren't pointy but curved. Finish with the face, and remember that the lines aren't perfectly straight! 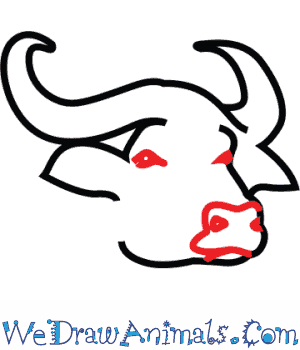 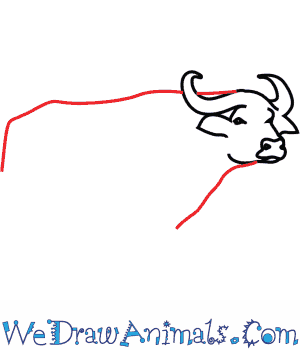 Step 3: Trace a line going across the back and curving down. Then, draw a line from the front coming down. There's the body! 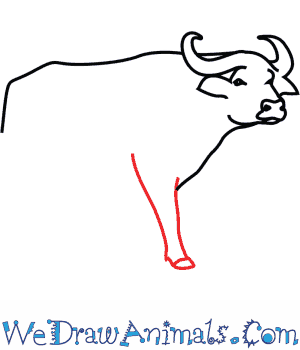 Step 4: From there, draw the first front leg, making it short and skinny. Draw a line across the bottom of the leg for the paw. 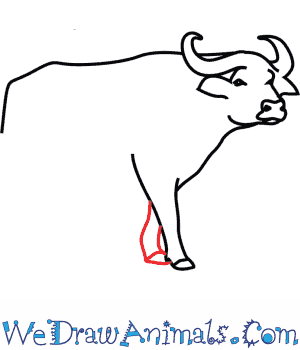 Step 5: Draw only the bottom of the other front leg, since it's peeking out from behind the first. Don't forget to trace that small line for the paw! 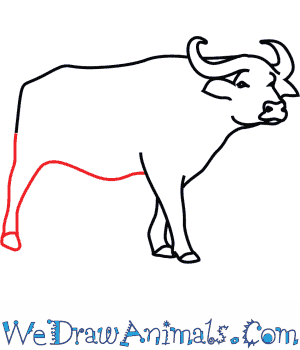 Step 6: Now, draw a line across the bottom for the belly and finish with the first hind leg. This one is skinny too! 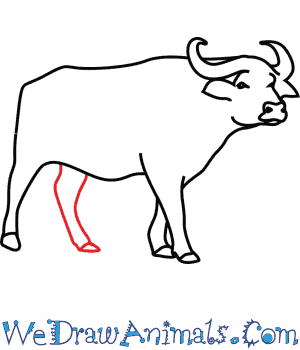 Step 7: Draw the other hind leg, next, much like you did the others. 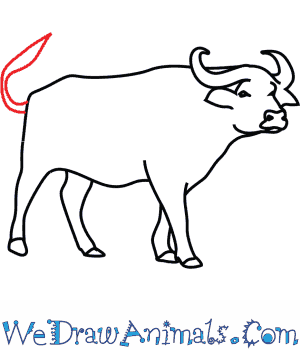 Step 8: Last is the tail! Trace two lines curling up to create a short tail. Make sure the end is pointy! There's your African buffalo!

Interesting Facts about the African Buffalo

One of the most interesting features of an African Buffalo is its horns. The base of the adult bull’s horns is so strong that you wouldn’t even be able to penetrate it with a rifle’s bullet!

It is very common for the African Buffalo to become infected with diseases like foot and mouth disease or bovine tuberculosis. Because of this, “disease-free” buffalo herds are highly valued. Buffalos that do not have any diseases have been sold for up to $130,000 in South Africa. 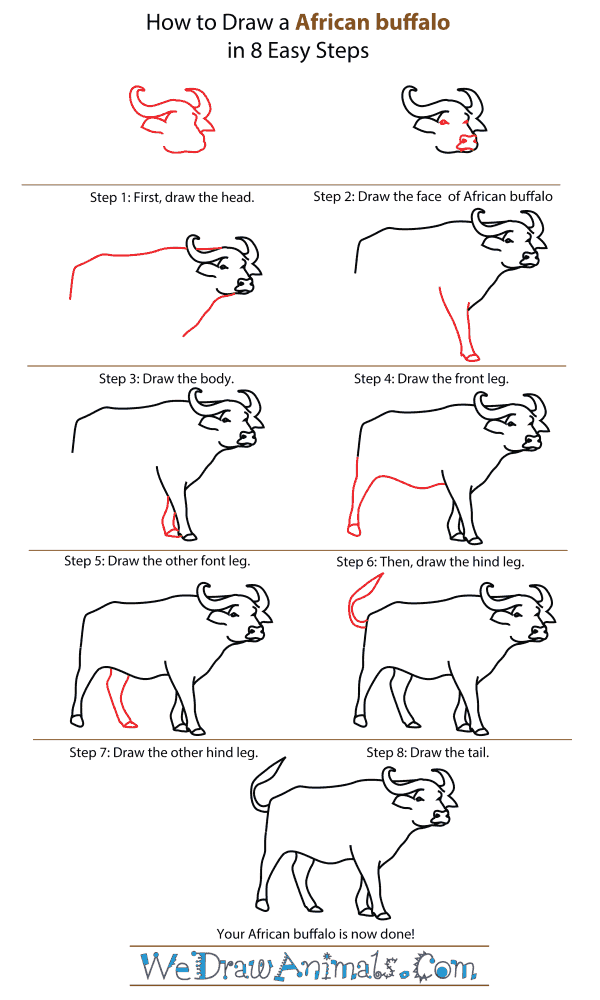 How To Draw An African buffalo – Step-By-Step Tutorial

Next post: How to Draw an African Bush Squirrel

Previous post: How to Draw an African Black Crake