How to Draw an African Fish Eagle 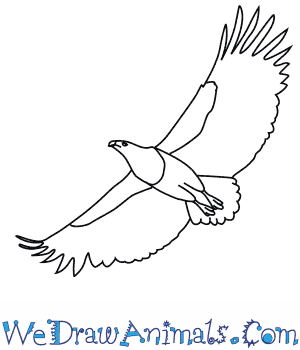 In this quick tutorial you'll learn how to draw an African Fish Eagle in 7 easy steps - great for kids and novice artists.

At the bottom you can read some interesting facts about the African Fish Eagle.

How to Draw an African Fish Eagle - Step-by-Step Tutorial 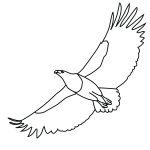 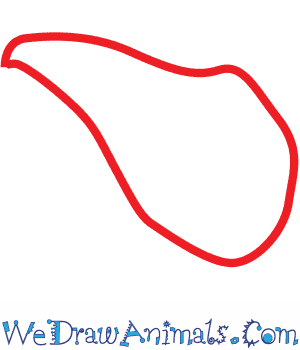 Step 1: Let's draw an African fish eagle! For the head, draw what looks like a large, pointy beak. Make sure the lines aren't perfectly straight. 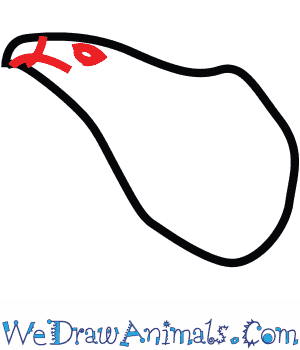 Step 2: At the pointy end, draw a line across the middle. Then, draw a circle for the eye. 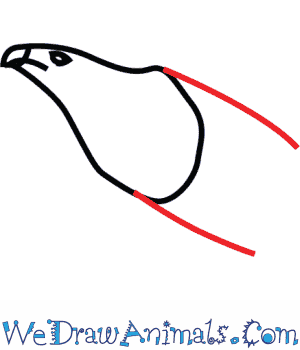 Step 3: On either end of the head, now, trace two lines going back, and there's the body! 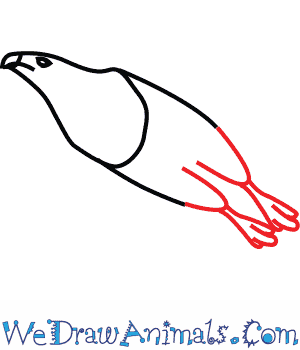 Step 4: Draw the legs, next, by drawing two small letter Vs alongside each other. Then, at the ends of the Vs, draw the claws. 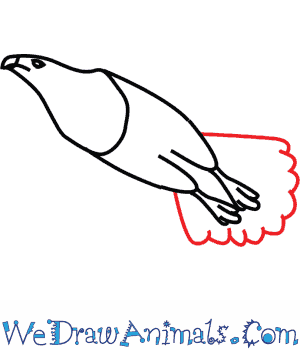 Step 5: Next, draw the tail, starting at the top of the legs and spreading the lines out apart. Trace small letter Us along the bottom of the tail to showoff the feathers! 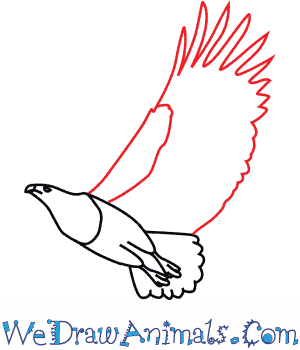 Step 6: For the first wing, start at the top of the body and trace a long line upward, angling it toward the back. Draw long feathers at the top and shorter ones along the back of the wing. Add a squiggly line across the middle of the wing. 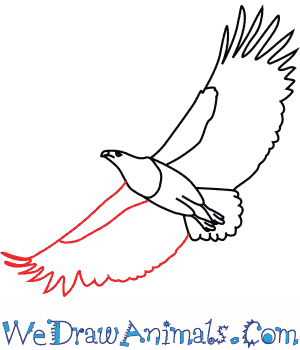 Step 7: Trace the other wing exactly like you did the first, but make sure to angle it downward and toward the front. Here's a hint: when the wings are angled, your eagle looks like it's really flying! There's your African fish eagle!

The African Fish Eagle lives in Africa, as its name would suggest, and it prefers to stay close to large bodies of water. It isn’t picky, just so long as the area has a good perch, as well as a steady and dependable food supply.

The African Fish Eagle actually looks a lot like the Bald Eagle, but the Bald Eagle lives only in North America. It has also been known to feed on other species of birds, as well as ducks, small turtles, and even baby crocodiles! 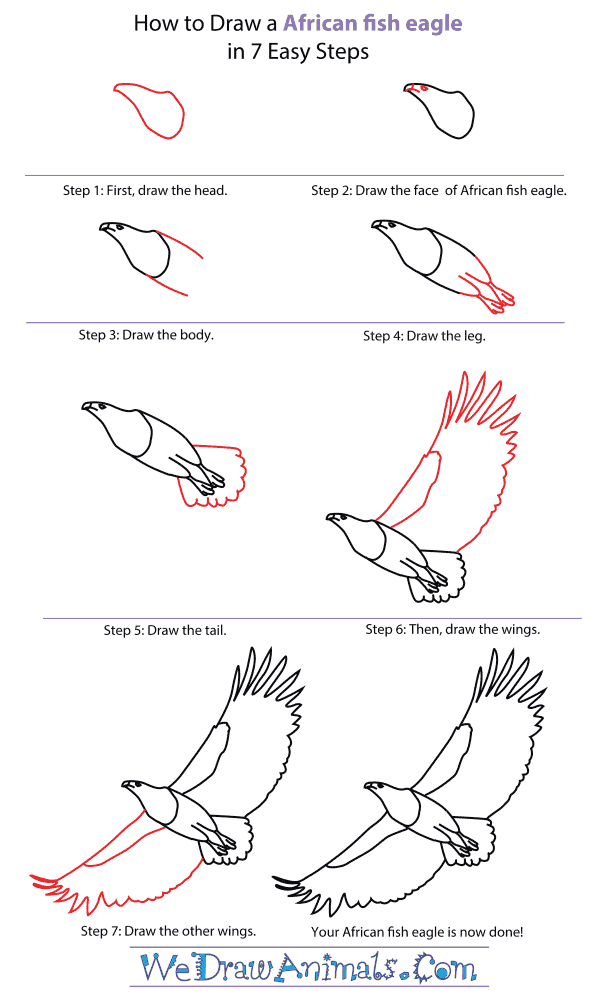 How To Draw An African fish eagle – Step-By-Step Tutorial