How to Draw an African Jacana 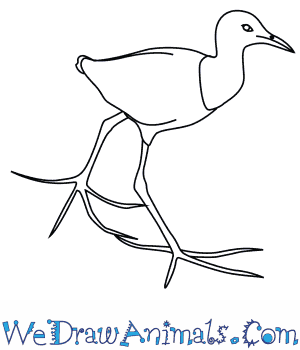 In this quick tutorial you'll learn how to draw an African Jacana in 7 easy steps - great for kids and novice artists.

At the bottom you can read some interesting facts about the African Jacana.

How to Draw an African Jacana - Step-by-Step Tutorial 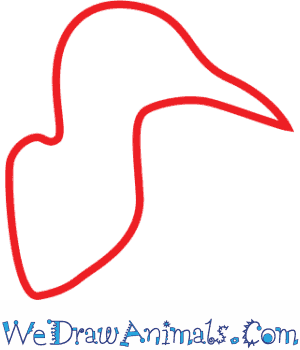 Step 1: Let's draw an African jacana! Start with a small circle for the head and a small pointy beak at the end. Then, add a short neck that starts out skinny at the top but then curves and gets thicker toward the end. 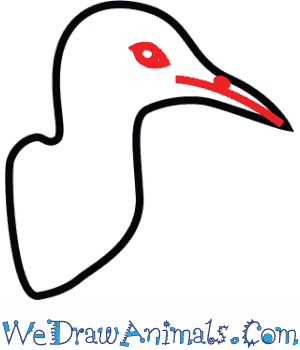 Step 2: Draw a line across the middle of the beak for the mouth. Now, draw a small oval for the eye. 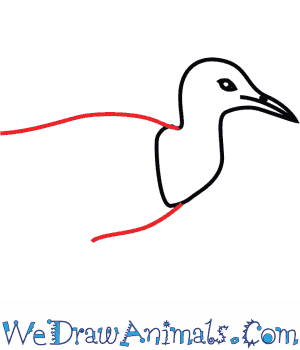 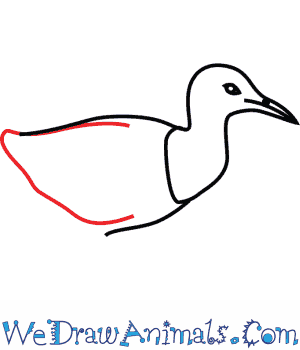 Step 4: From the top of the body, now, start tracing a line outward toward the back, then bring the line back down, making sure to angle it toward the front as you go. There's your wing! 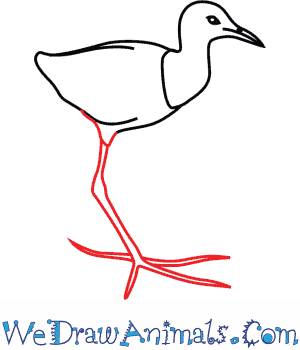 Step 5: Next, trace a very skinny leg, angling the top of the leg toward the back, and the bottom toward the front. Now, trace very long toes, one facing the back and the others facing the front. 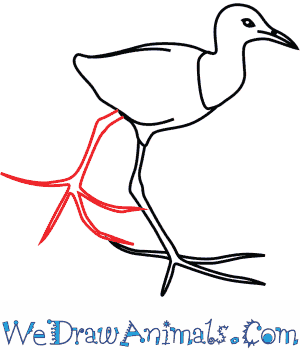 Step 6: Draw the second leg like you did the first, except that it's a bit shorter. Also, two of the toes are pointed toward the back and the other two toward the front. 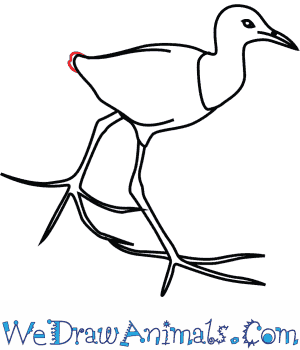 Step 7: Last, trace a tiny tail at the back of the body. There's your African jacana!

Interesting Facts about the African Jacana

You can tell when you’re looking at an African Jacana because they have long toes with long claws. These allow them to walk around on vegetation that may be floating around in shallow bodies of water, usually lakes, where they like to live. The African Jacana can usually be found in tropical areas.

African Jacanas are very skilled swimmers and divers. They can usually be seen walking around on lily pads, and their feet and claws make them easy to distinguish from other wader birds. 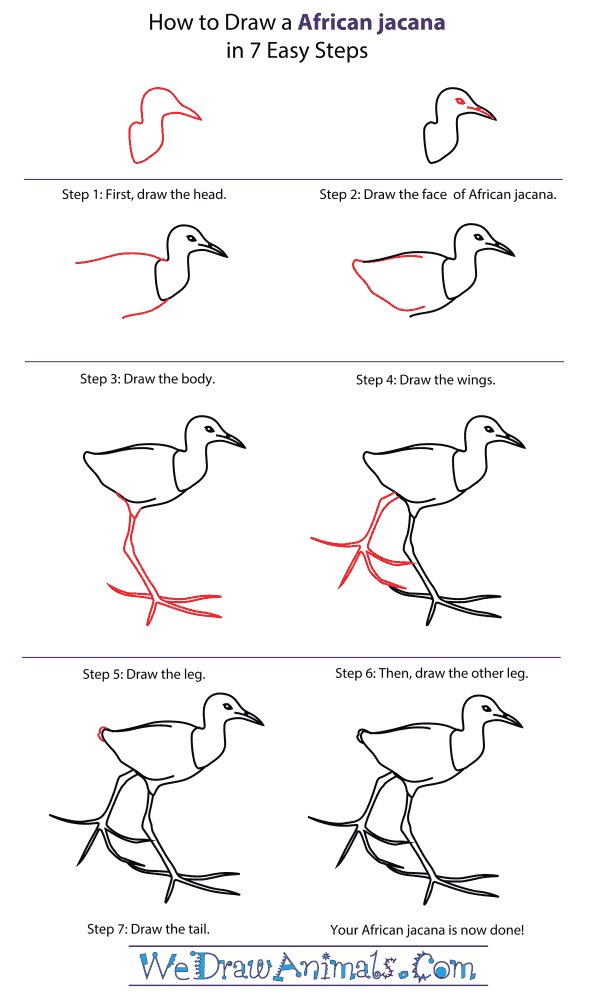 How To Draw An African jacana – Step-By-Step Tutorial

Next post: How to Draw an African Pied Wagtail

Previous post: How to Draw an African Fish Eagle