How to Draw an American Kestrel 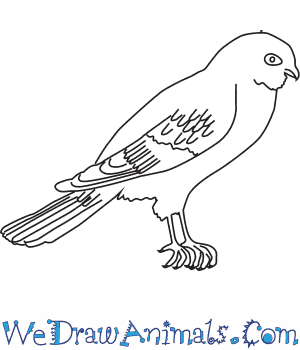 In this quick tutorial you'll learn how to draw an American Kestrel in 8 easy steps - great for kids and novice artists.

At the bottom you can read some interesting facts about the American Kestrel.

How to Draw an American Kestrel - Step-by-Step Tutorial 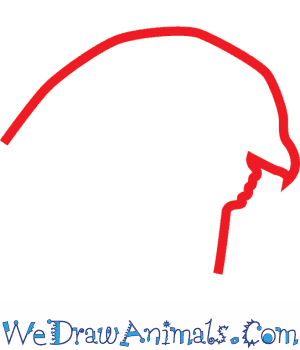 Step 1: First, draw the head with a smooth, rounded line. Leave a small notch for its beak. The kestrel is a type of falcon and uses its small, hooked beak for hunting. 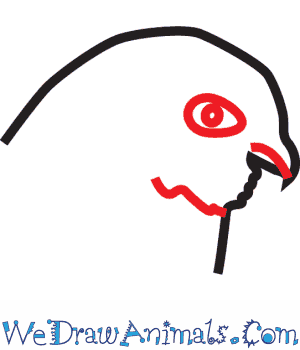 Step 2: Draw the face with a short, wavy line to show where the neck meets the body. Use a small circle inside a larger egg-shaped circle for the eye, and then add a curved line along the middle of the beak for the kestrel’s mouth. 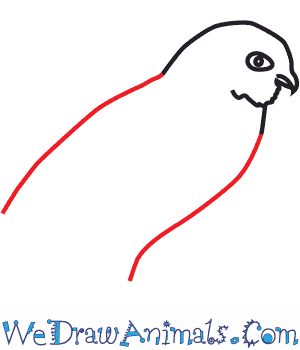 Step 3: Draw two long, smooth lines to make the kestrel’s back and chest, down to its tail and legs. 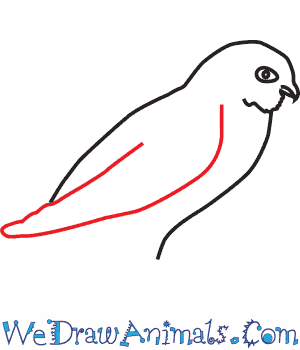 Step 4: Draw the wing with a long, curved line, starting near the neck, down past the end of the back, and join it with a shorter, straight line above it. 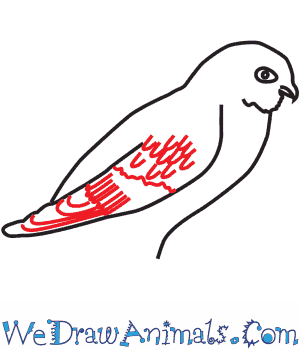 Step 5: Then, draw the wing detail. Use group of small, flat, C-shaped lines of different sizes to show the kestrel’s layers of feathers. 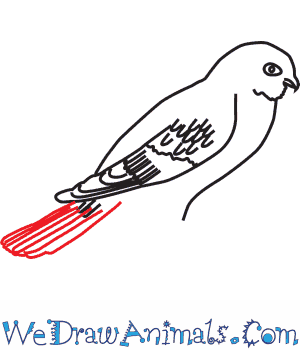 Step 6: Draw the tail using a series of long lines like a paper fan, starting from the bottom tip of the wing. 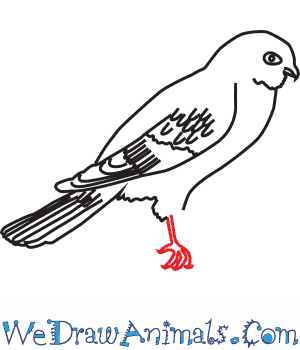 Step 7: Draw the right leg. Kestrels have narrow legs with sharp, strong, hooked talons, like their beaks, for catching prey. 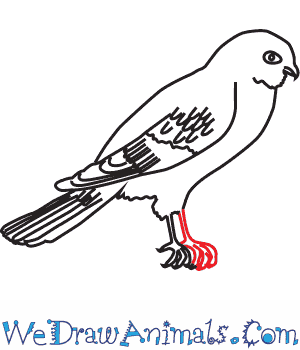 Step 8: Draw the left leg the same as the right. Be sure to connect the tail to the body and legs.

Interesting Facts about the American kestrel

The American kestrel is a type of falcon that is the only type of kestrel that can be found in the Americas, as well as being the most commonly found falcon in all of North America. Kestrels are commonly a warm brown color with black spots on their backs with grayish blue wings for the males and brown for the females. 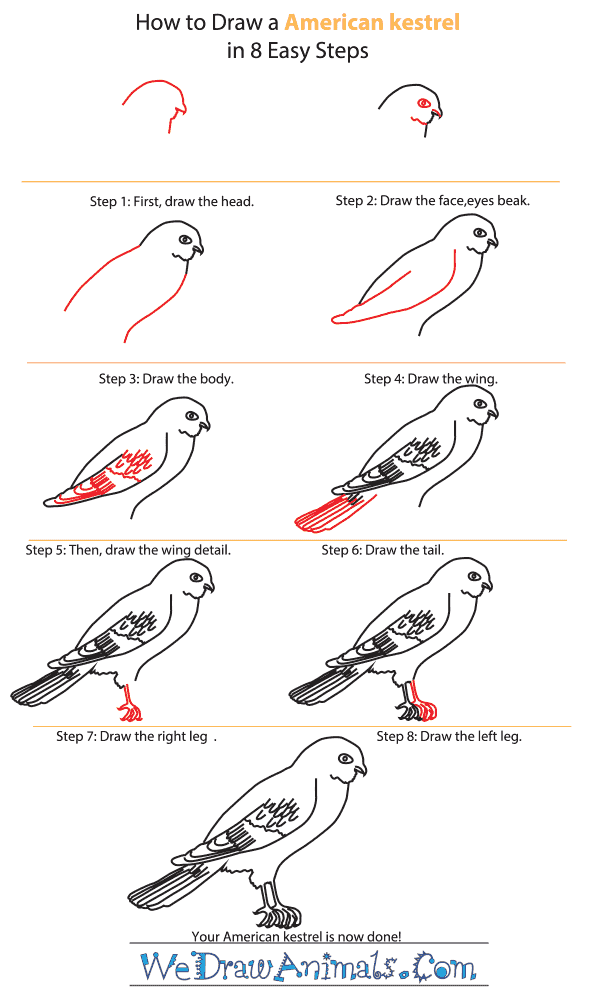 How to Draw an American Kestrel – Step-by-Step Tutorial