How to Draw an Australian Brush Turkey 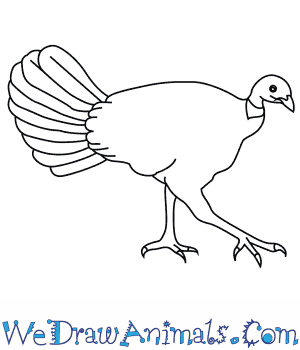 In this quick tutorial you'll learn how to draw an Australian Brush Turkey in 7 easy steps - great for kids and novice artists.

At the bottom you can read some interesting facts about the Australian Brush Turkey.

How to Draw an Australian Brush Turkey - Step-by-Step Tutorial 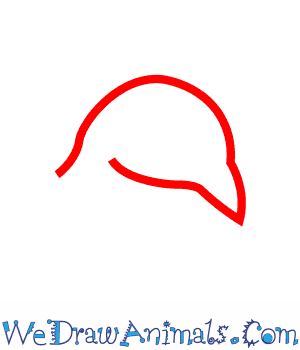 Step 1: The Australian Brush Turkey has a bright red head and neck, and dark black feathers. To draw one, start by drawing a roundish shape with a small sharp beak. 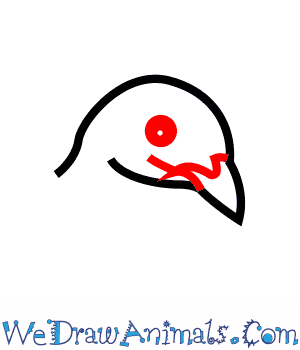 Step 2: Add a small squiggly to add feathers at the end of its beak, and a circle for the eye. 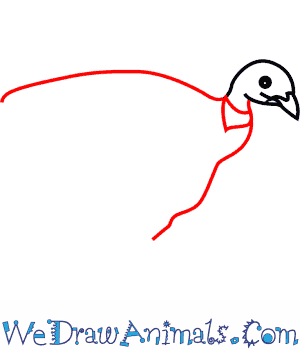 Step 3: At the base of the head, draw a line going back for the turkey’s back. Then, draw a squiggling line downwards on the other side to make the chest and belly. Then add a small triangle shape at the neck. This is an extra flap of skin called the wattle, and it is usually yellow or purple on a brush turkey. 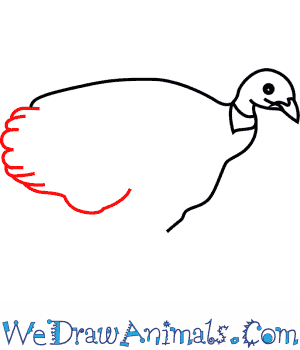 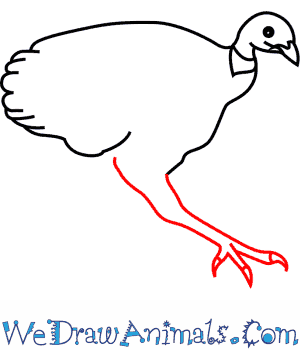 Step 5: The turkey has very strong long legs to help it run fast from predators. Draw one of the turkey’s legs by making a long ‘V’ shape. Add three long toes with short claws at the end. 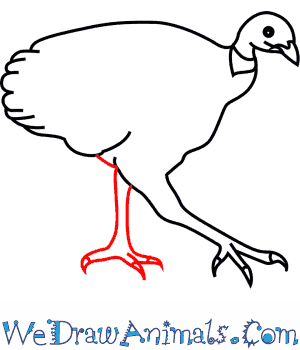 Step 6: Now draw the other leg behind the first. This one will be smaller, and straight. Again, add three toes, with one of pointing backwards. 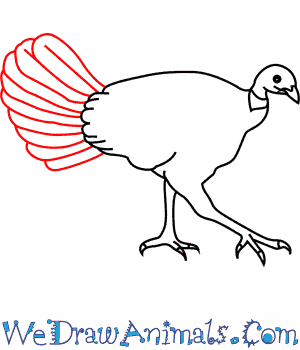 Step 7: Last, draw the turkey’s tail feathers. They spread out like a fan behind him. Now you’re done!

Australian brush turkeys are native to the eastern region of Australia. They are the largest members of the megapode family (Megapodiidae). This family also includes quails, peafowls, junglefowls, and other turkeys. They can be found in highlands and lowlands. They inhabit rainforests and dry scrublands.

Australian brush turkeys are solitary animals that act aggressively toward each other. Males mate with several females at a time. Females lay about 16 to 24 eggs at a time. Males build mounds where the eggs are kept until they are hatched. The mounds are usually used by more than one female that mated with the same male, and the same ones are used year after year. When they hatch, the newborns take about two days to dig themselves out of the deep mounds. As soon as they are born, they have to fend for themselves. 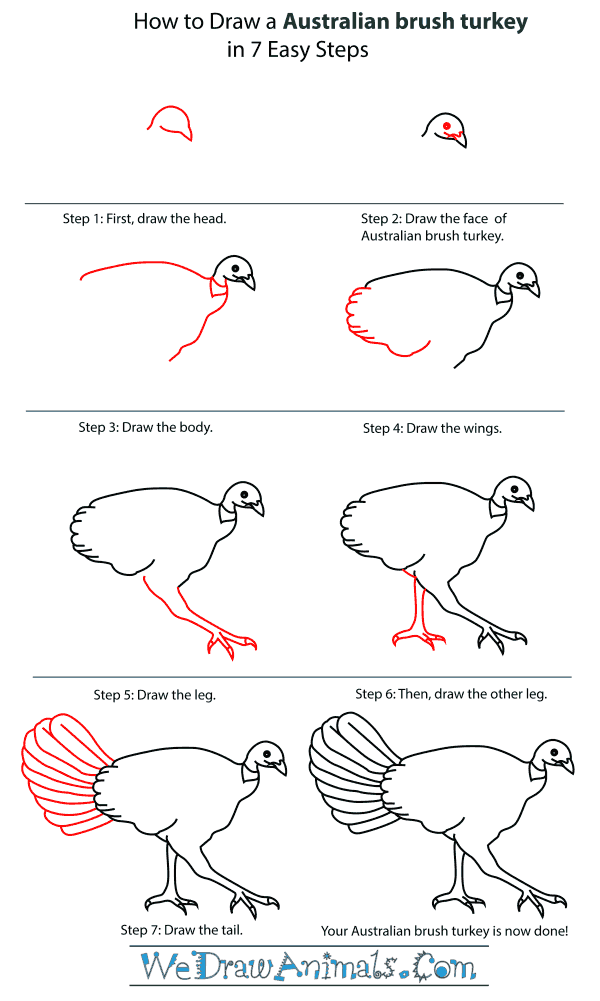 How To Draw An Australian brush turkey – Step-By-Step Tutorial