How to Draw an Australian Masked Owl 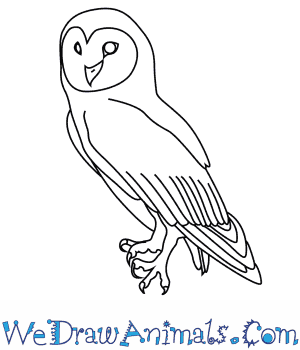 In this quick tutorial you'll learn how to draw an Australian Masked Owl in 7 easy steps - great for kids and novice artists.

At the bottom you can read some interesting facts about the Australian Masked Owl.

How to Draw an Australian Masked Owl - Step-by-Step Tutorial 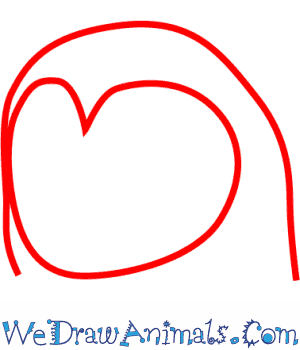 Step 1: The Australian Masked Owl is a nocturnal bird that lives in Australia. That means it comes out at night! To start, draw an upside down ‘U’ for the head and a rounded heart shape for the face. 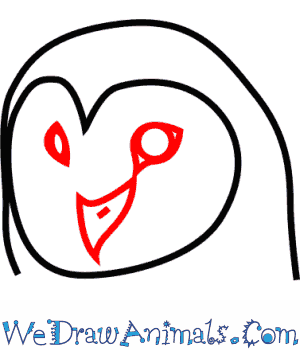 Step 2: Add two small circles for the eyes, and an upside down triangle for the beak. 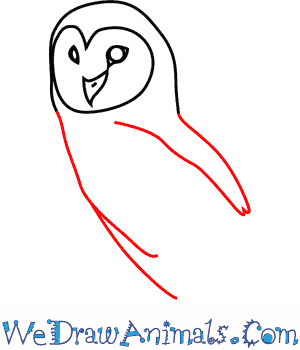 Step 3: Draw a narrow V shape for the back, and a long line sloping down and back for the chest and belly. 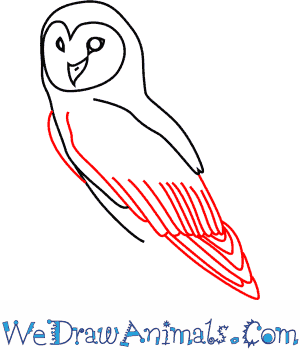 Step 4: Add in the wings. The owl has lots of thin feathers that help it stay quiet when it swoops down on its prey. They like to eat mice and other small rodents. 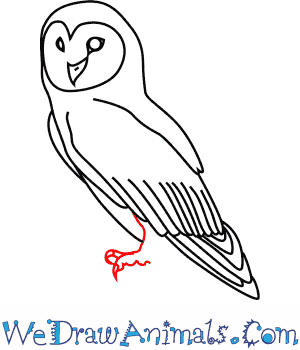 Step 5: Draw one of the owl’s legs. They are short and narrow, with long curving talons for its ‘fingers’. These short claws help it catch its food. 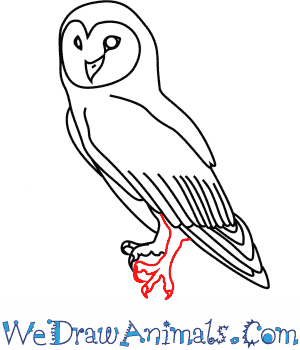 Step 6: Draw another leg, this time in front of the first one. 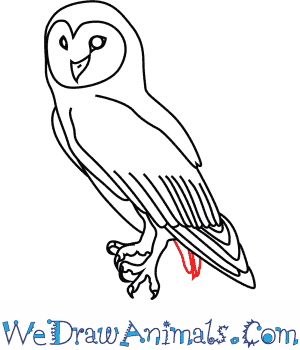 Step 7: Add a couple of small feathers for the owl’s tail and you’re done! The Australian Masked Owl is a light brown color with dark speckles or spots. Its heart shaped face is white and looks like a mask, hence its name. Owls are very quiet when they sneak up on their prey; can you sneak up on someone without them knowing?

Australian masked owls are members of the family Tytonidae, or barn owls. They are called “masked” because their face looks as if it is covered by a white heart-shaped mask. These birds are native to Southern New Guinea and, of course, Australia.

There is no set breeding season for Australian masked owls. Females usually lay three eggs at a time. The father gathers food for the nesting mother until the eggs hatch. The eggs are kept warm in nests that are built in bushes or shrubs near the ground, or high up in the hollows of trees. The newborns are able to fly after three months. A few weeks after mastering this skill, they start to take care of themselves. 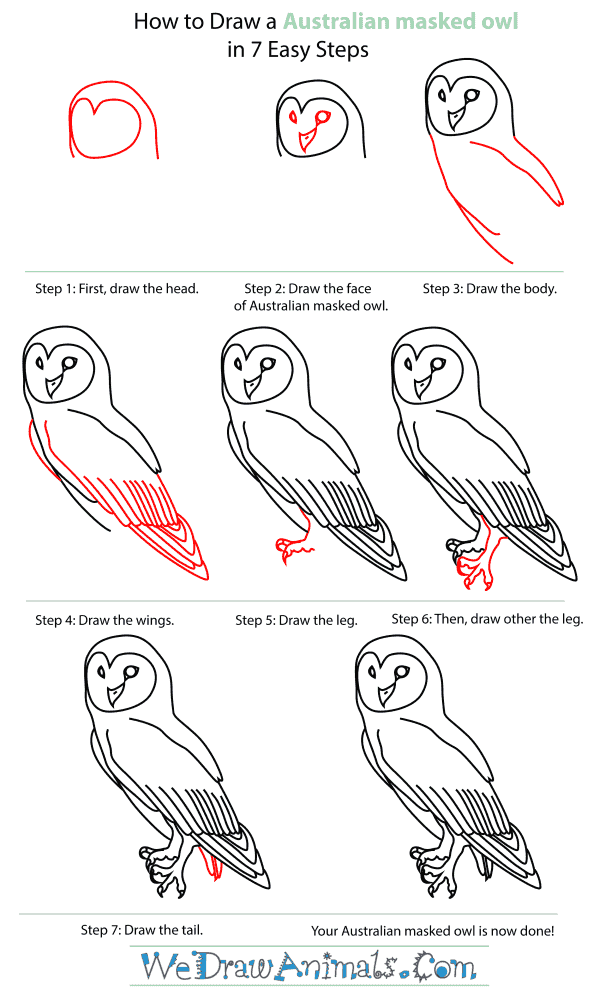 How To Draw An Australian masked owl – Step-By-Step Tutorial