How to Draw an Australian Pelican 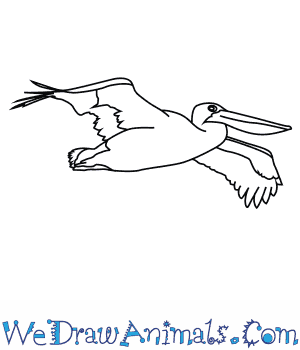 In this quick tutorial you'll learn how to draw an Australian Pelican in 7 easy steps - great for kids and novice artists.

At the bottom you can read some interesting facts about the Australian Pelican.

How to Draw an Australian Pelican - Step-by-Step Tutorial 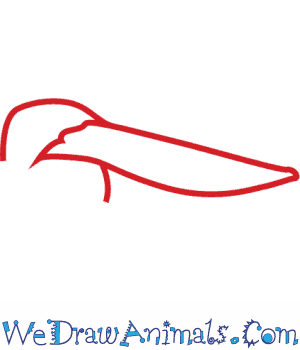 Step 1: The Australian Pelican is a large water bird that lives on the coasts of Australia. It is known for its large bill, or mouth, which it uses to scoop up fish and other food from the water. Start by drawing the pelican’s head. Make a small upside down ‘U’ and add a long bill to it. Did you know that the pelican has the longest bill of all birds? Inside his bill is a pouch that he uses to hold the water and fish before he eats it. 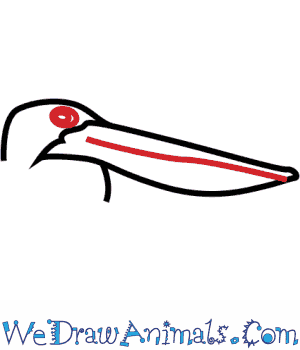 Step 2: Next, add a line to its bill for the mouth. Add a circle for his eye. 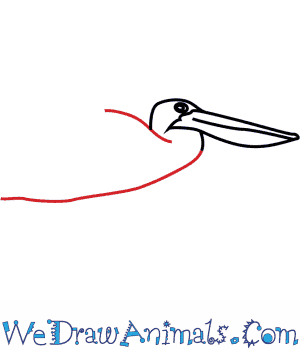 Step 3: Draw a short curving line to make his back, and a longer line underneath for his belly. 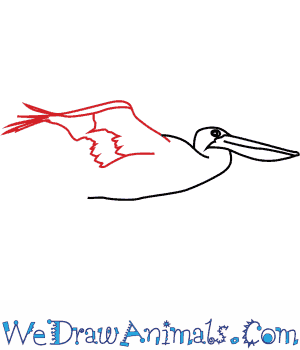 Step 4: To draw the wing, start by drawing a curved upside down ‘L’ shape. Add some feathers ‘fingers’ to the end, and draw some jagged lines to make more feathers. The pelican’s wingspan can reach from 7.5 to 8.5 feet! 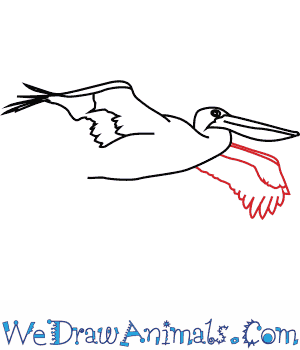 Step 5: Draw another wing on the opposite side, under the belly. 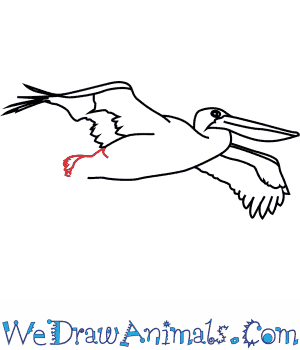 Step 6: Add some more lines to make his tail. 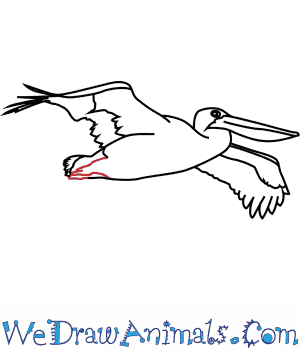 Step 7: Last, add a narrow sideways ‘V’ shape to create his legs. The pelican is mostly white with black markings, and his bill is a pink color.

Australian pelicans are the largest of all seven pelican species. They weigh about 15 pounds and are about 5 feet tall. They have an 11-foot wingspan! These birds are found throughout the entire continent of Australia, as well as Papua New Guinea, New Zealand, and western Indonesia.

Australian pelicans are in The Guinness Book of World Records for having the longest bills out of all of the birds in the world. They are about 1.5 feet long. Their bills have a throat patch that can hold up to three gallons of water. During breeding season, their bill and pouch changes color. They become pink, yellow, and blue in certain parts. 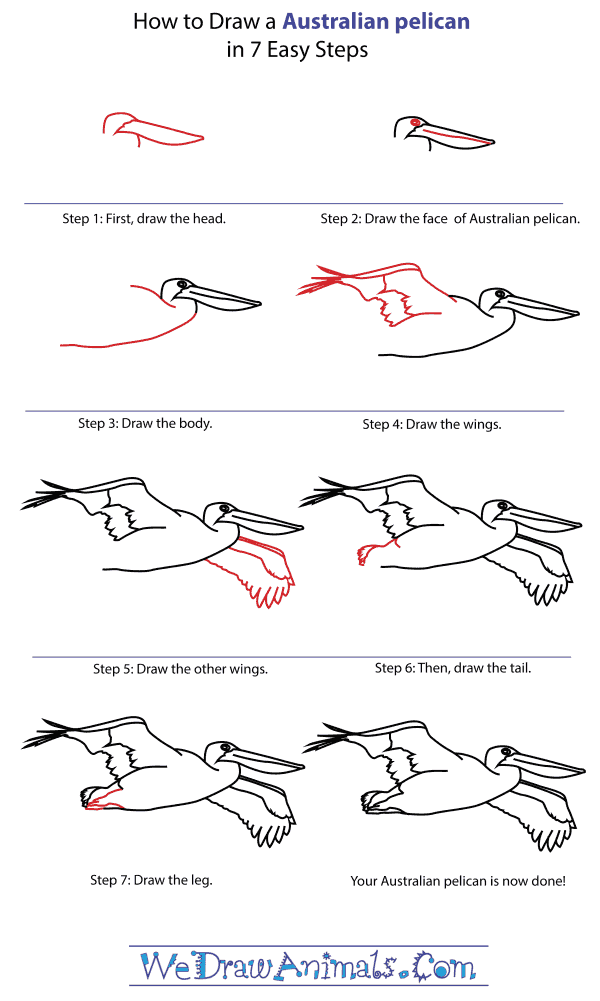 How To Draw An Australian pelican – Step-By-Step Tutorial

Next post: How to Draw an Australian Sea Lion

Previous post: How to Draw an Australian Masked Owl