How to Draw an Australian Spiny Anteater 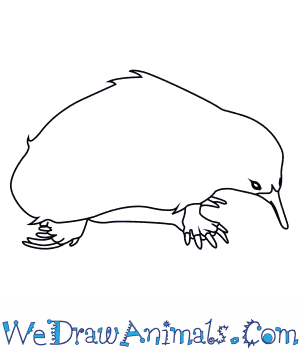 In this quick tutorial you'll learn how to draw an Australian Spiny Anteater in 6 easy steps - great for kids and novice artists.

At the bottom you can read some interesting facts about the Australian Spiny Anteater.

How to Draw an Australian Spiny Anteater - Step-by-Step Tutorial 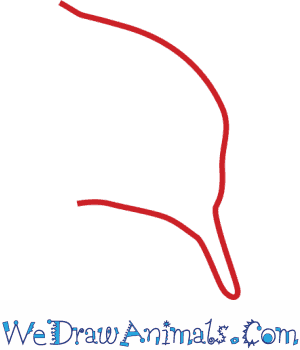 Step 1: The Australian Spiny Anteater is a mammal also known as an echidna. Most mammals give live birth to their young, but a spiny anteater lays eggs instead! The spiny anteater is only found in Australia and New Guinea. To draw one, start by making a backwards ‘C’ shape for the head. Add a long point snout. This long snout is what helps the anteater find its favorite food – ants! 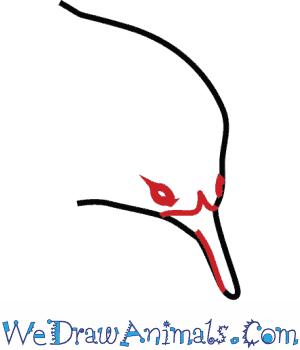 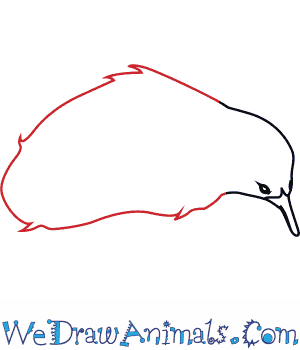 Step 3: Draw the body – it will look like a sideways ‘U’ shape with jagged edges for the spines. 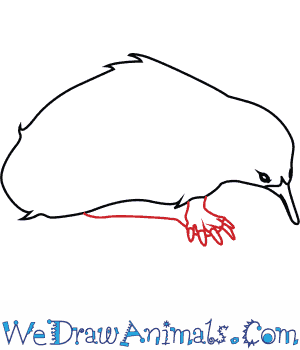 Step 4: Now draw one of the anteater’s front legs. His front legs are short and little, and end in five ‘fingers’ with long sharp claws at the end. 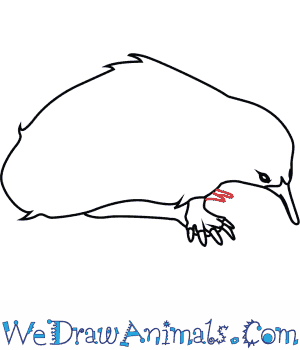 Step 5: Draw some extra claws behind the first ones to make the other front leg. 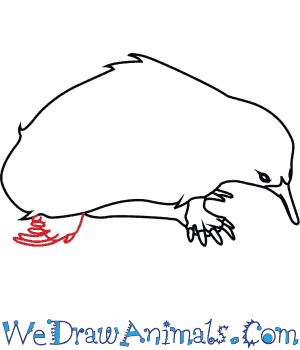 Step 6: Draw the back leg. The claws on his back leg are longer than those on his front. Now your spiny anteater is done! Did you know that baby spiny anteaters are called puggles? Like a kangaroo, their mothers keep them in a pouch until they are ready to venture out on their own.

The Australian spiny anteater, simply called the spiny anteater, is native to Australia and New Guinea. They are called spiny because of the sharp spines, which make them look like hedgehogs or porcupines. They are one of only two monotremes in the world; the other is the platypus. Monotremes are the only mammals that lay eggs.

Female Australian spiny anteaters lay one egg at a time in their pouch, which is located on their belly. The egg hatches after 10 days. Like kangaroos, the mothers carry and nurse their young (called puggles) in their pouch. The puggles stay there for almost two months, at which time they are big enough to leave. 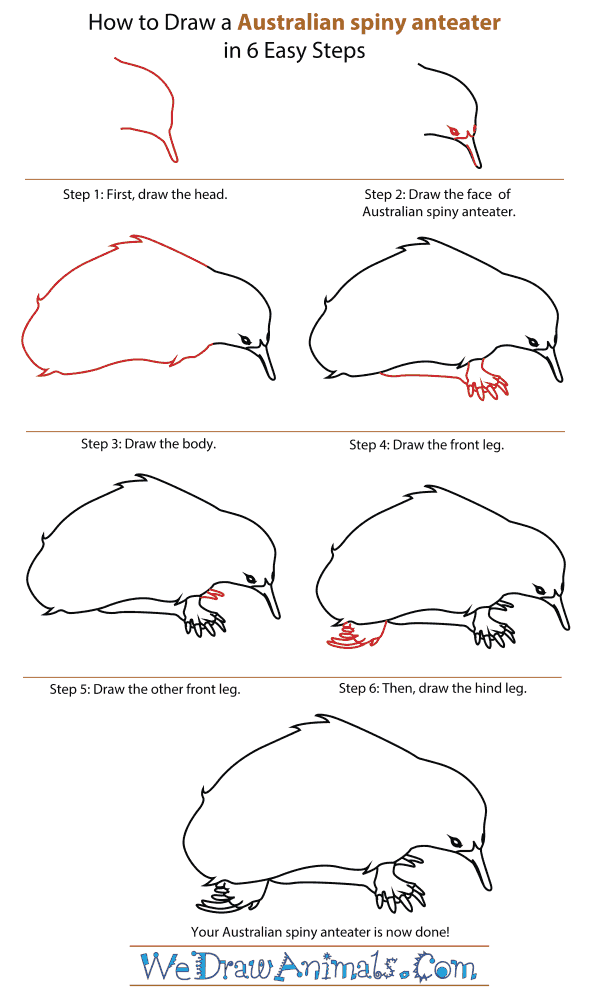 How To Draw An Australian spiny anteater – Step-By-Step Tutorial

Previous post: How to Draw an Australian Sea Lion