How to Draw an Azara’s Zorro 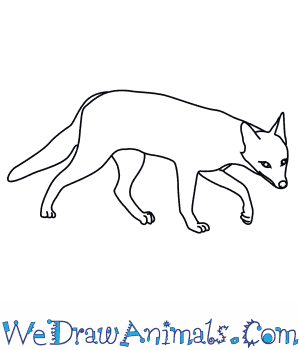 In this quick tutorial you'll learn how to draw an Azaras Zorro in 8 easy steps - great for kids and novice artists.

At the bottom you can read some interesting facts about the Azaras Zorro.

How to Draw an Azaras Zorro - Step-by-Step Tutorial 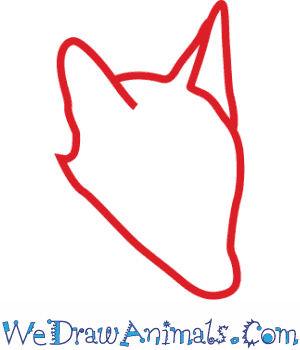 Step 1: Did you know that in Spanish, the word ‘zorro’ means fox? Azara’s Zorro is a fox like animal that lives in South America. It is not a true fox, which is why it’s called a zorro! To draw an Azara’s Zorro, start by drawing the head. It will be triangle shaped, with two ears. Add a small ‘L’ shaped line to one of the ears to give it more detail. 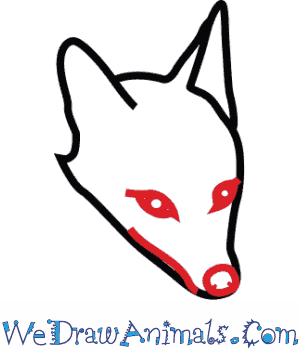 Step 2: Next, add two eyes, a circle for the nose, and a line for the mouth. 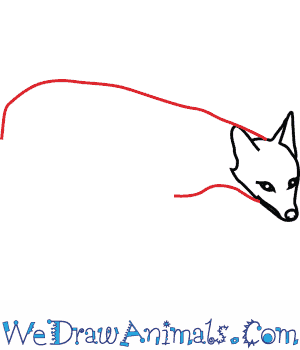 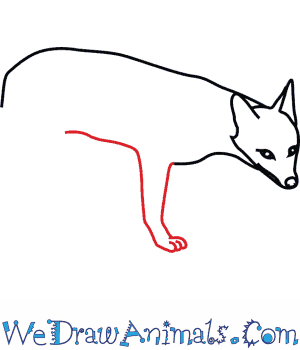 Step 4: Next to the shorter line, draw two lines parallel to each other to make the leg, and add another line for the belly. Don’t forget to add a paw and small lines for the toes! 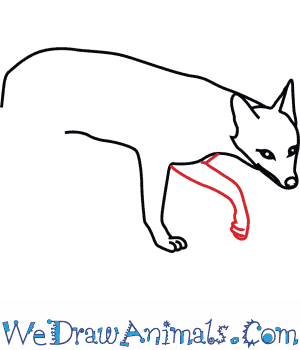 Step 5: Draw two parallel curving lines to create the other front leg. Again, add a paw and lines for the toes. 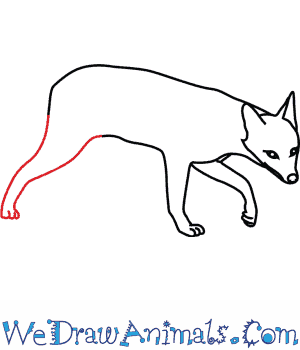 Step 6: Add a large, narrow ‘V’ shape ending in a paw for one of the hind legs. 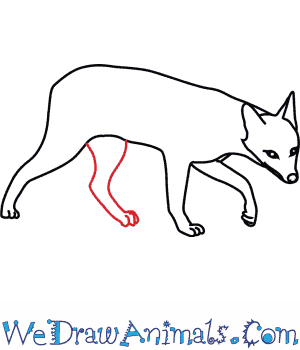 Step 7: Draw a two curving lines that come together and end in a paw for the other hind leg. 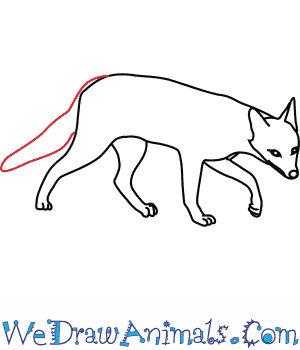 Azara’s zorros are also called pampas foxes or Azara’s foxes. Zorros are “false” foxes because, despite their name, they are not true foxes. They are in the dog family and are related to wolves, jackals, coyotes, and dogs. Azara’s zorros are native to the South American countries Brazil, Uruguay, Paraguay, Argentina, and Bolivia.

They live solitary lives, coming together only during breeding season. They are monogamous, meaning that they mate for life. After about two months, a vixen gives birth to litter that has up two eight kits. The kits start hunting for food alongside their parents when they are three months old. 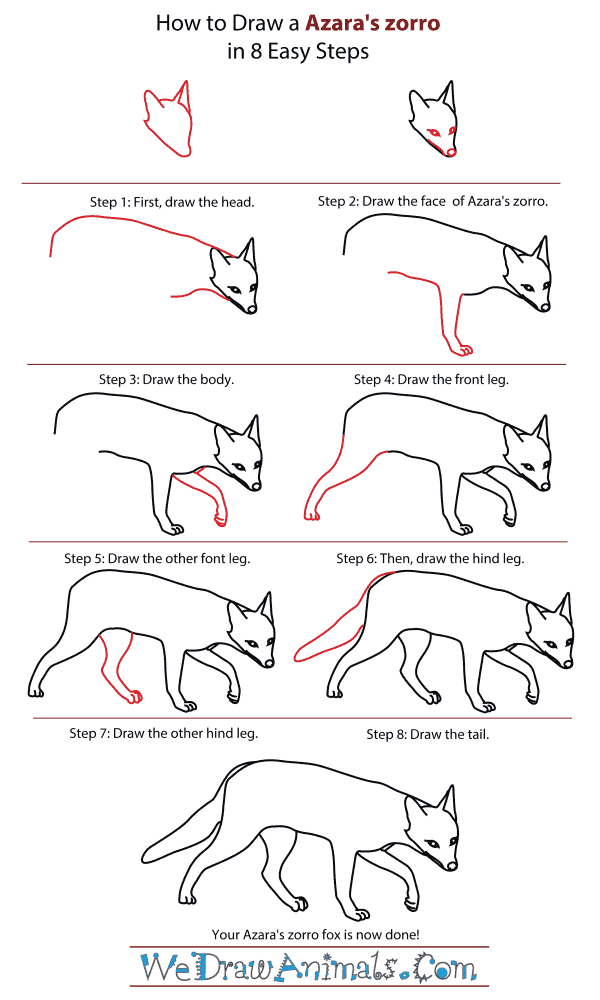 How To Draw An Azara’s zorro – Step-By-Step Tutorial

Previous post: How to Draw an Australian Spiny Anteater