How to Draw an Indian Krait 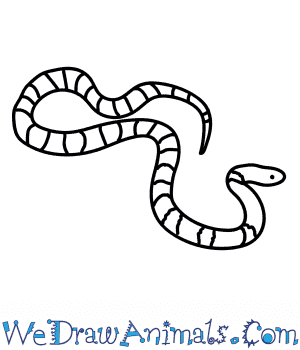 In this quick tutorial you'll learn how to draw an Indian Krait in 4 easy steps - great for kids and novice artists.

At the bottom you can read some interesting facts about the Indian Krait.

How to Draw an Indian Krait - Step-by-Step Tutorial 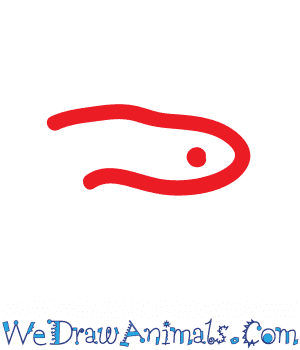 Step 1: Draw a small, oval shaped head, with a dot for an eye 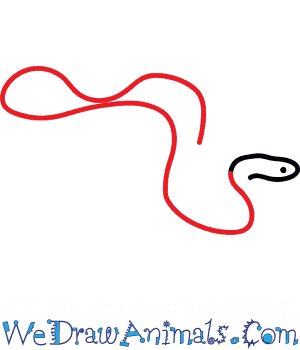 Step 2: Draw a long, wavy, curve, squiggley line for the body. Make it as long as you want 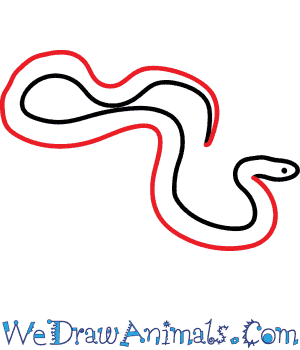 Step 3: Repeat this line beside the first, leaving space between and connecting at the end for the tail 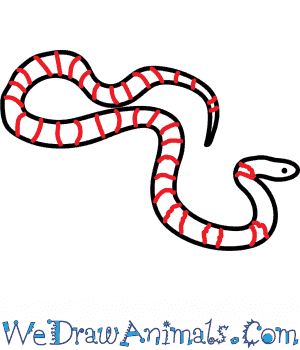 Step 4: Fill in the body with several stripes (lines)

Interesting Facts about the Indian Krait

The Indian krait, also called the blue krait, is a snake that ranges from three feet to five feet, nine inches in length. Males tend to be significantly longer, with proportionately longer tails than females. All krait have a rounded tail, small eyes and polished-looking scales that occur in up to seventeen rows, usually blue or black in color while their upper lips and belly are typically white. This species is found in Peninsular India, as well as Pakistan, Sri Lanka and Bangladesh. They can usually be found in or near water, and are not uncommonly seen in areas populated by humans.

Arts and Crafts Activity Notes: Draw the krait and produce enough copies for each participant to have one. Don’t draw the scales when creating the krait, because the participants will then draw their own scale pattern on their snakes, which will then be colored with markers, colored pencils or crayons. Once the kraits are colored in, instruct participants to cut them out carefully and with safety scissors. Using glue, then fix the snakes onto an urban backdrop-or alternatively, have students bring in pictures of their homes to give this project a personalized touch. 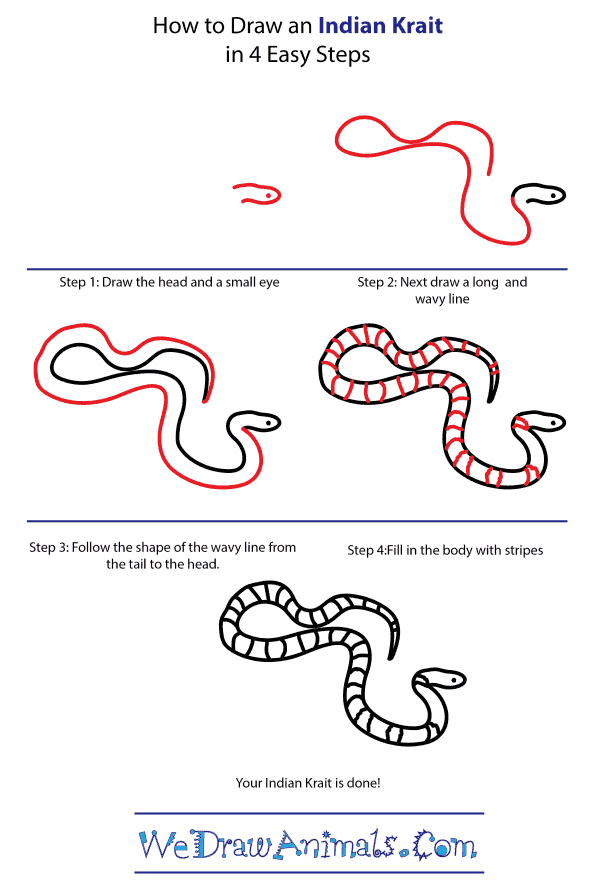 How to Draw an Indian Krait – Step-by-Step Tutorial