How to Draw Geodude Pokemon 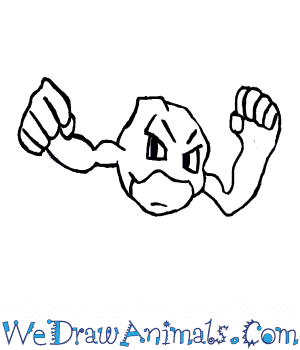 In this quick tutorial you'll learn how to draw Geodude in 5 easy steps - great for kids and novice artists.

At the bottom you can read some interesting facts about the Geodude.

How to Draw Geodude - Step-by-Step Tutorial 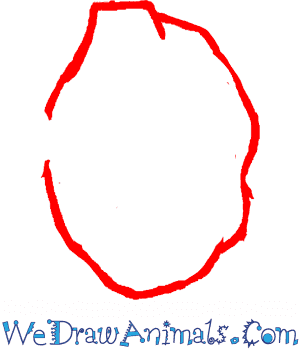 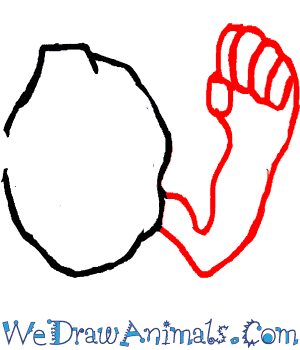 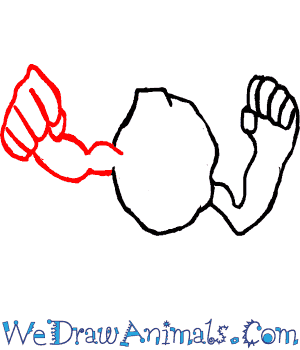 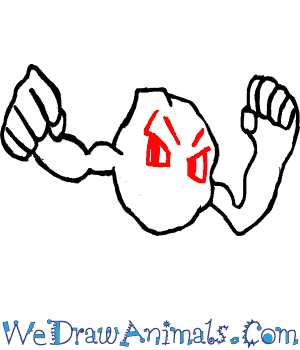 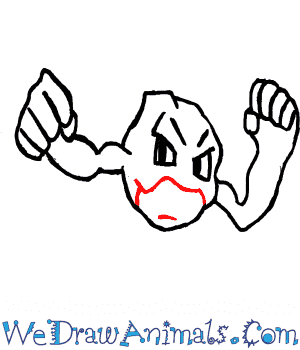 Interesting Facts about the Geodude

This one-foot-tall Pokemon is of the ground-rock variety, though it does have an Alolan variant that is rock-electric. This gray boulder Pokemon has muscular arms and five-fingered hands, but no legs. The original variant of the Geodude has no additional features to its body, but the one from the Alola region possesses eyebrow-like and hair-like deposits of iron sand that stick to it because of the magnetic rock that composes some parts of its body. This Pokemon uses its strong arms to climb mountains, and is very proud of its physique. Geodudes will compete with one another in a contest of who’s body is the strongest, by ramming into each other repeatedly. Over time, the body of this Pokemon will become more and more chipped away, even to the point of causing the Geodude’s surface to become smooth. These are a mountain-dwelling Pokemon, that rolls downhill in search of food when it wakes from a slumber, usually taken place deep within the ground.

Additional Facts about Geodude: This Pokemon first made its appearance in the anime as a Pokemon belonging to Brock, whom he traded to his brother after some time. Geodude and its other evolutions have been seen as quite loyal in the past, once even coming the faithful servants to King Onix. In the manga series, it is shown that six Geodude Pokemon formed a belt around Brock’s jacket. They were all named Geoone, Geotwo, all the way up to Geosix. They have also been shown on numerous occasions showing empathy and consideration for other people and Pokemon. 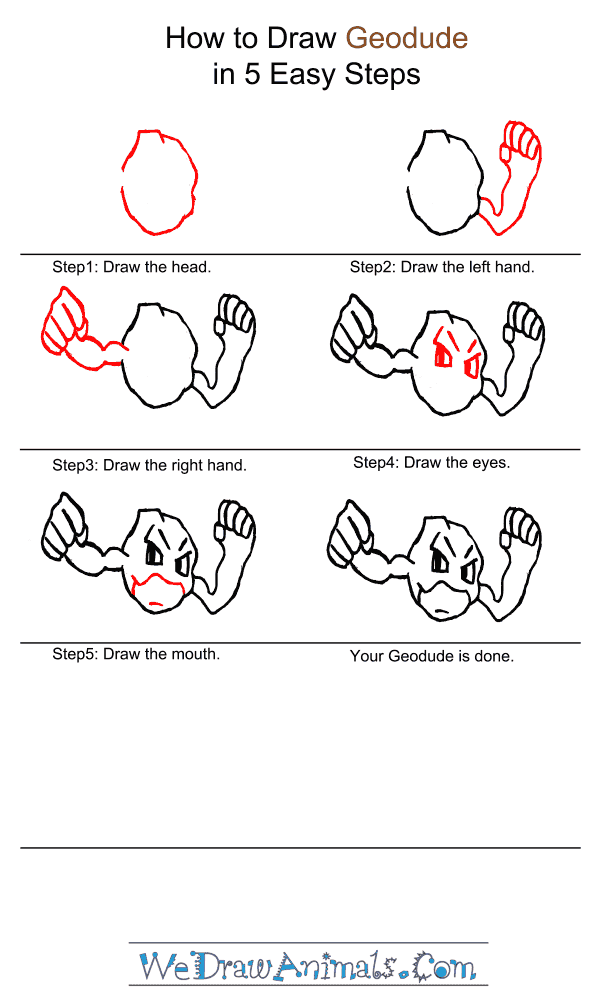 How to Draw Geodude – Step-by-Step Tutorial

Next post: How to Draw an Indian Krait Pokemon