How to Draw Tentacruel Pokemon 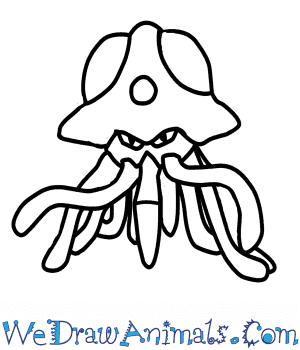 In this quick tutorial you'll learn how to draw Tentacruel in 7 easy steps - great for kids and novice artists.

At the bottom you can read some interesting facts about the Tentacruel.

How to Draw Tentacruel - Step-by-Step Tutorial 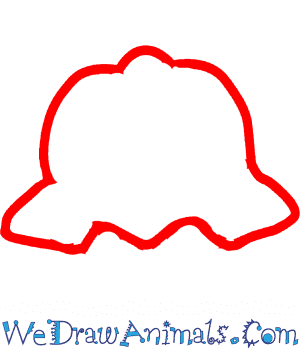 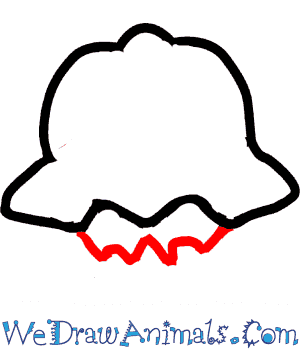 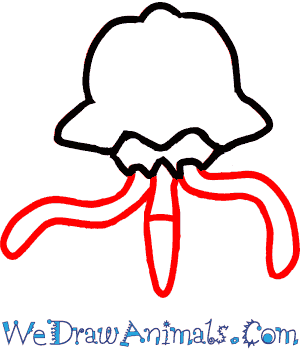 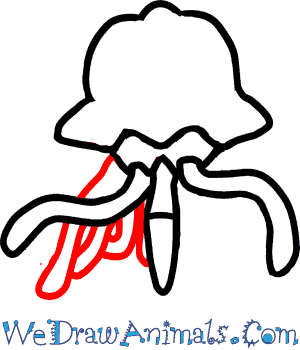 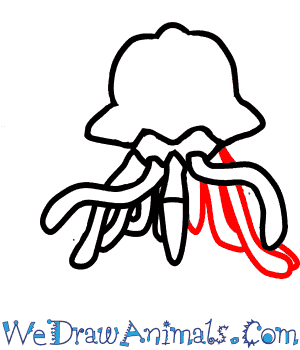 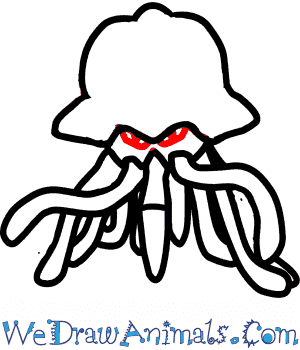 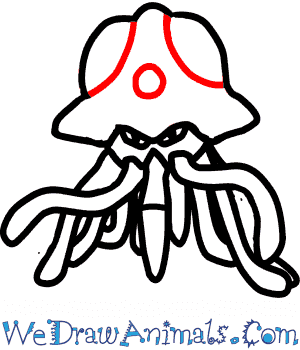 Interesting Facts about the Tentacruel

This five-feet-tall evolution of the Tentacool, likes its previous evolution, bears a striking resemblance to a jellyfish. It has two large, red crystals on its body that serve the purpose of refracting light and cstoring energy for the use of energy beams later on. It has a round lower body that appears to be black, and this is where its up to 80 tentacles extend from. Normally, when the Tentacruel is just swimming around, these tentacles are short. But when they are in the throes of hunting, they can extend significantly. In addition to its tentacles, Tentacruel has two beak-like appendages that extend from its lower body as well. They are known to weaken other sea prey with their toxin while holding them in place with its many limbs.

Arts and Crafts Activity Notes: Cut foam blue balls in half, enough for every participant to have one, and distribute them among those participating in this activity. Carefully using scissors or a dull knife, have them cut out the overall shape of the Tentacruel’s body so that the remaining half of the ball looks like the upper head section of the Pokemon. Using non-toxic paint, have them color the underside of the Pokemon black. This is where its tentacles will be glued or taped on. Fashion these tentacles out of torn pieces of fabric, in blue or white color, and add to the bottom. You can then insert a small hook into the top of the foam piece and hang your Tentacruel from the ceiling to help defend your territory! 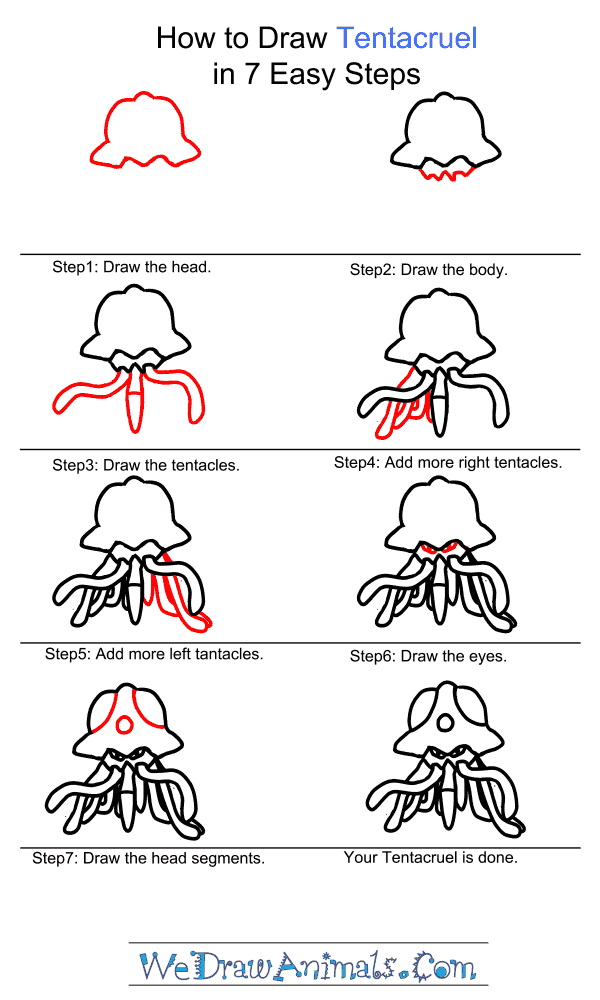 How to Draw Tentacruel – Step-by-Step Tutorial