How to Draw Earthworm Jim 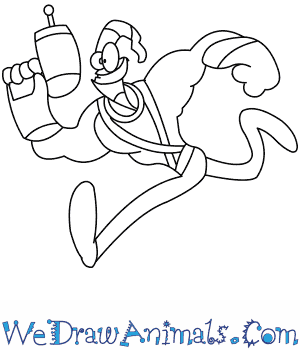 In this quick tutorial you'll learn how to draw Earthworm Jim in 7 easy steps - great for kids and novice artists.

At the bottom you can read some interesting facts about the Earthworm Jim. 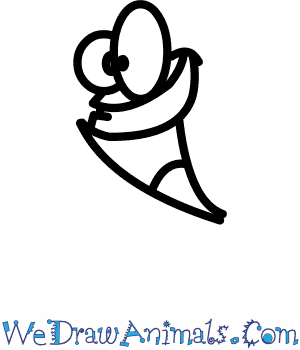 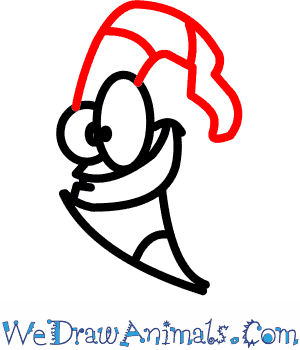 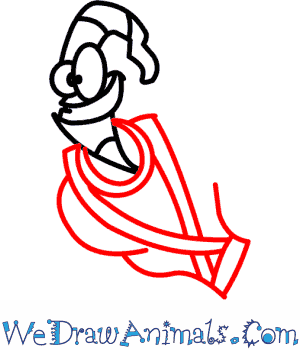 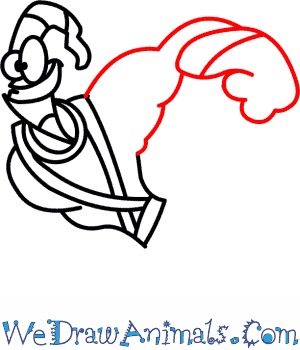 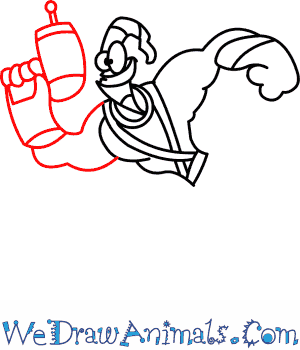 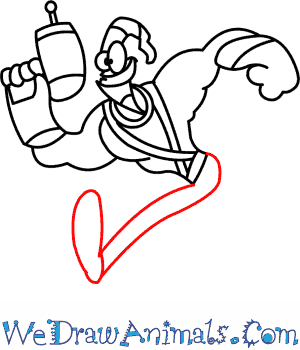 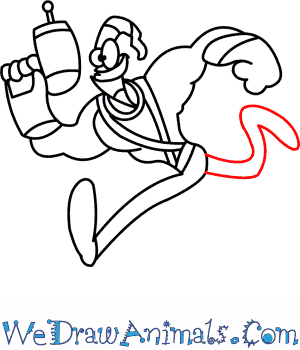 Earthworm Jim is a member of the Earthworm Jim casting group from the animated television series. The characters were created by Doug TenNapel, originally produced by Universal Animation Studios, and released during 1995 by the Kids’ WB! channel. This cartoon was inspired by the video game called Earthworm Jim that was created in 1994.

Other storylines include him seeking a power source for his suit, or comes to Earth for returning a neighbor’s kitchen item. Also, characters talk to the audience and the narrator. Endings to the show may comprise the princess being crushed by a cow. Since then, there have been action figures, comics, VHS, and DVD, some of which are available on the website Amazon.com of the internet. 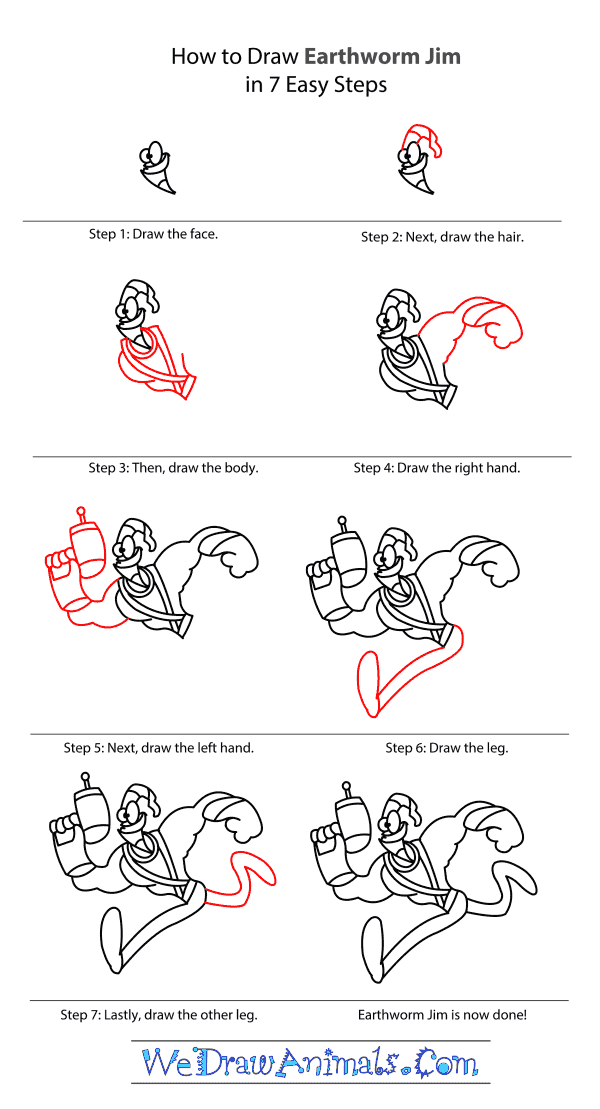 Next post: How to Draw Wolf O’Donnell From Star Fox