How to Draw Felix The Cat 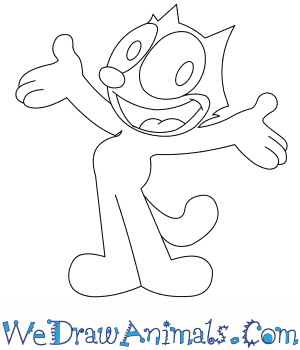 In this quick tutorial you'll learn how to draw Felix The Cat in 8 easy steps - great for kids and novice artists.

At the bottom you can read some interesting facts about the Felix The Cat.

How to Draw Felix The Cat - Step-by-Step Tutorial 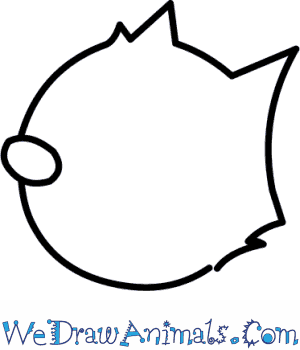 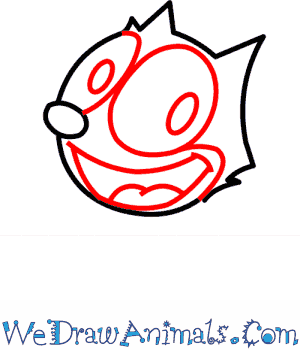 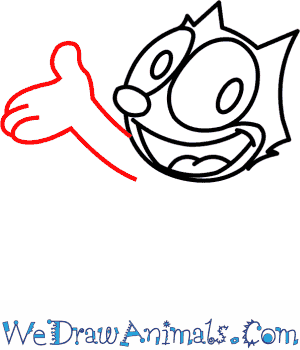 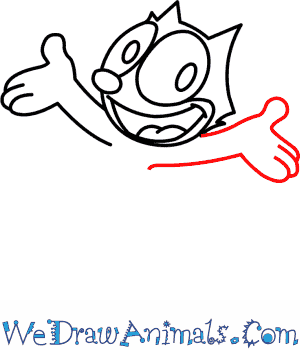 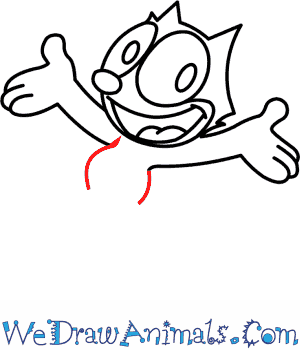 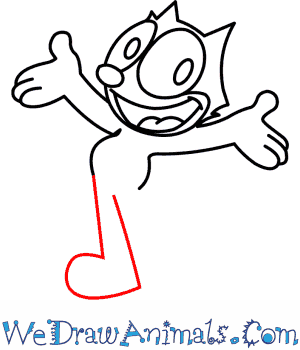 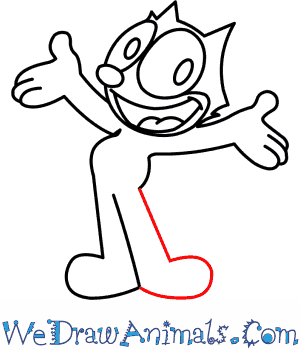 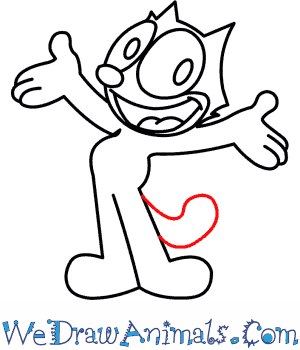 Interesting Facts about FELIX THE CAT

Felix the Cat is a member of the Felix the Cat casting group from the animated television series. The characters were created by Otto Messmer, originally produced by Pat Sullivan’s studios, and released during 1919 by the Trans-Lux channel. He began in a silent film and has since become the first character from cartoons to become popular enough to attract movie audiences.

In the 20s as television was experimental, the first image observed was Felix the Cat. He is a mascot to a car dealer in Los Angeles, New York Yankees, Charles Lindbergh, Aviation Museum, U.S. Navy’s Bombing Squadron, Indiana high school, music band The Queers, and has cameos and references in the general media. 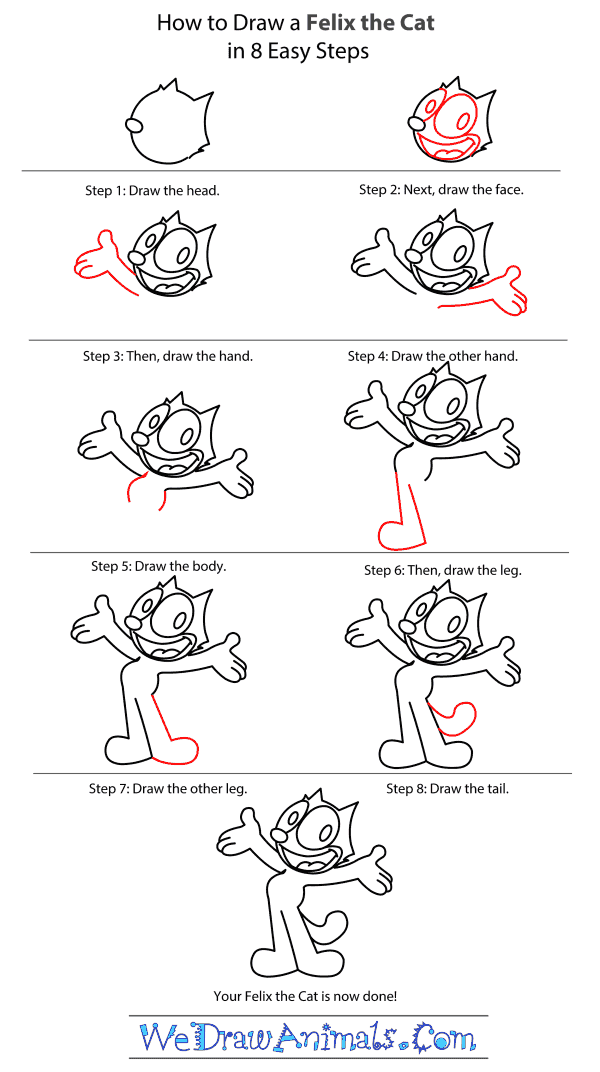 How to Draw Felix The Cat – Step-by-Step Tutorial