How to Draw Garfield 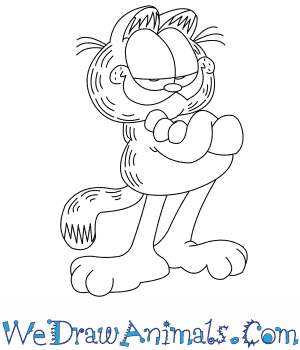 In this quick tutorial you'll learn how to draw Garfield in 8 easy steps - great for kids and novice artists.

At the bottom you can read some interesting facts about the Garfield.

How to Draw Garfield - Step-by-Step Tutorial 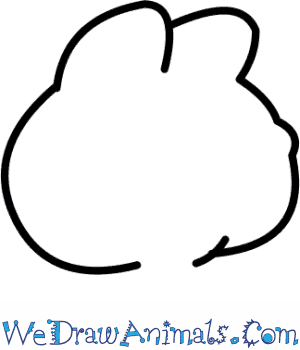 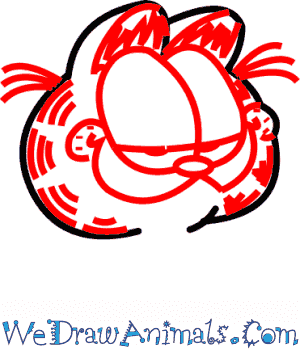 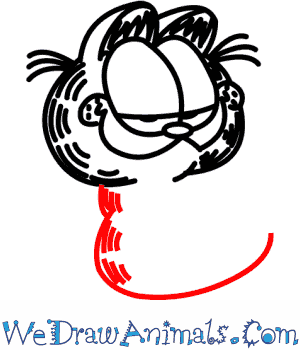 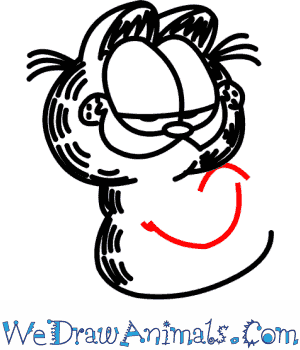 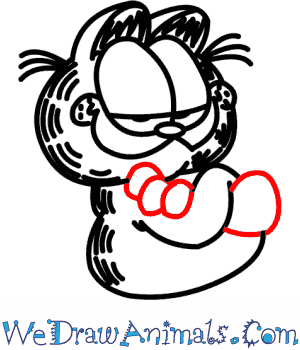 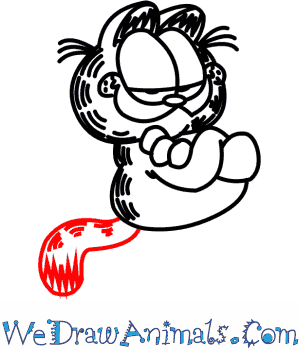 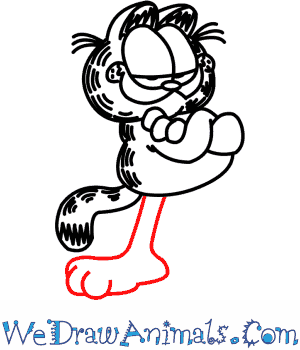 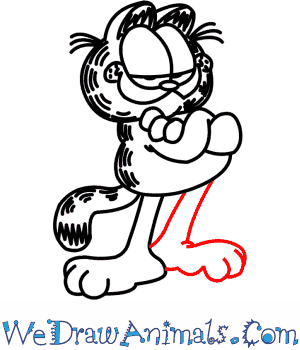 Garfield is a member of the Garfield casting group from the animated television series. The character was originally made in a comic strip, released during 1978, created by Jim Davis, and published by Random House. The name was inspired by the creator’s grandfather, Garfield Davis. The series is distributed in about 2,580 journals and newspapers, awarding it a place in the Guinness Book of World Records.

Since 1982 there have been 12 cartoon specials and 1 documentary at the character’s 10th anniversary. One of the animated television shows, Garfield and Friends, began broadcasting in 1988. He has earned $750 million to $1 billion annually in merchandise alone. The character is also seen in direct to DVDs, stage performances, video games, internet media, clothing, toys, dolls, Caribbean cruises, and credit cards. 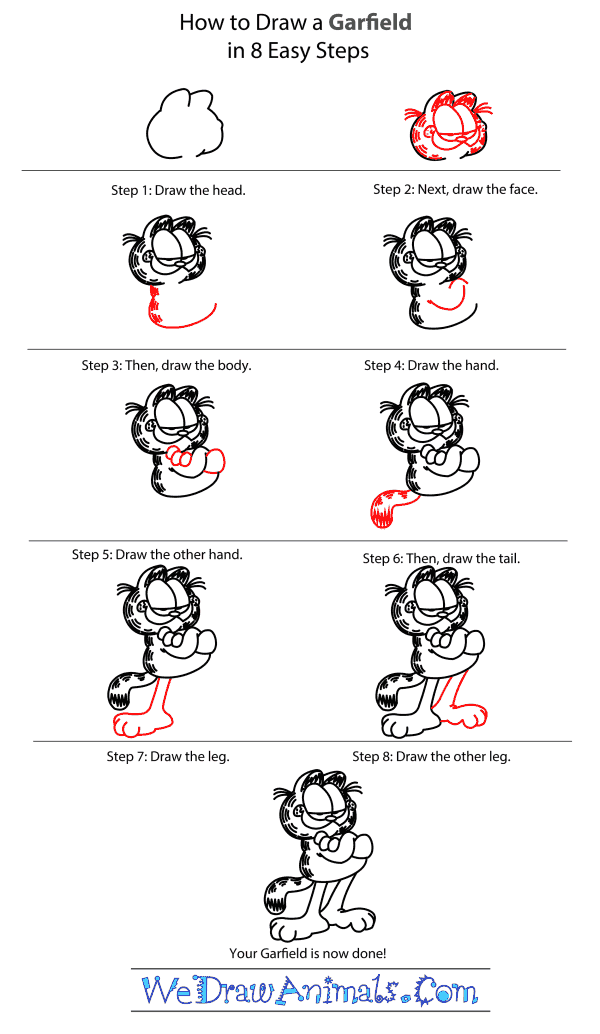 How to Draw Garfield – Step-by-Step Tutorial

Previous post: How to Draw Nemo From Finding Nemo