How to Draw Ninetales Pokemon 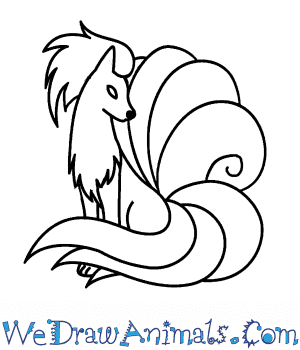 In this quick tutorial you'll learn how to draw Ninetales in 5 easy steps - great for kids and novice artists.

At the bottom you can read some interesting facts about the Ninetales.

How to Draw Ninetales - Step-by-Step Tutorial 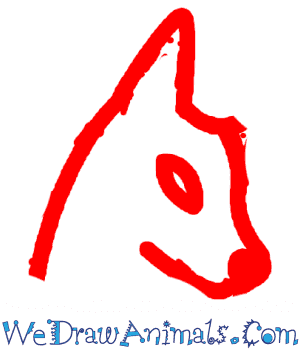 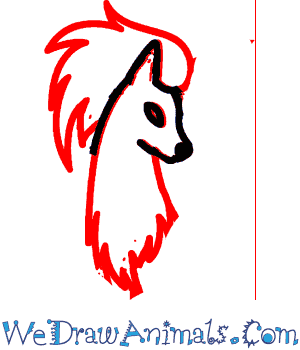 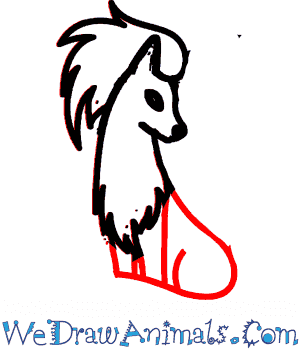 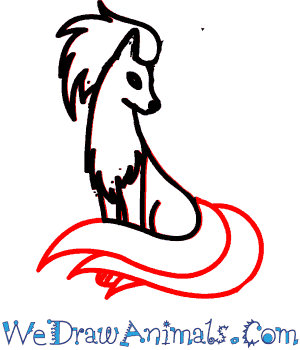 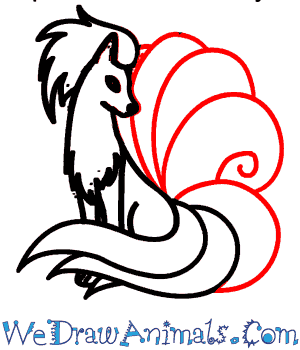 Interesting Facts about the Ninetales

Ninetales is a fox-like Pokemon that is known for its high intelligence and named for the nine red-tipped tails that it boasts. The coloring of the Ninetales is a soft buttery-golden color, except for the red on its tails and the redness of its eyes-which are said to be able to control the minds of humans. This Pokemon has a fierce memory and is also known for being vengeful, as it will remember those who harm it and will curse them for revenge.The Ninetales of the Alola region, however, is a light blue in color with white tips on its tails, each of which are rumored to be imbued with different magical powers. This blue incarnation of the Pokemon is capable of producing crystals of ice with its fur, which it uses to defend itself or hurls toward opponents in the defense of itself or its land, the mountains of Alola. Because of the presence of this beautiful and powerful creature in that particular region, its snow-capped mountain habitat is considered something of a sacred ground. Like the other Ninetales, the Alolan Ninetales is capable of being quite vengeful, as it will fiercely defend its territory and the humans that it has come to care about. Both versions of the Ninetales are known to be able to understand humans with far greater ease than other Pokemon.

Arts and Crafts Activity Notes: Draw the Ninetales on a large sheet of paper (with the exception of its tails), and divide students into nine pairs or small groups, depending on the size of the class. Draw the tails separately, by making eight copies of one that you have drawn to fit the size of the original drawing. Have your students work on writing facts about the Ninetales on the tails while in their groups/pairings, making sure that they leave the tips of each tail to be colored orange. When your students are done, have them fix the tails onto the back end of the Pokemon with glue stick or tape, and display their work on a grassland backdrop. 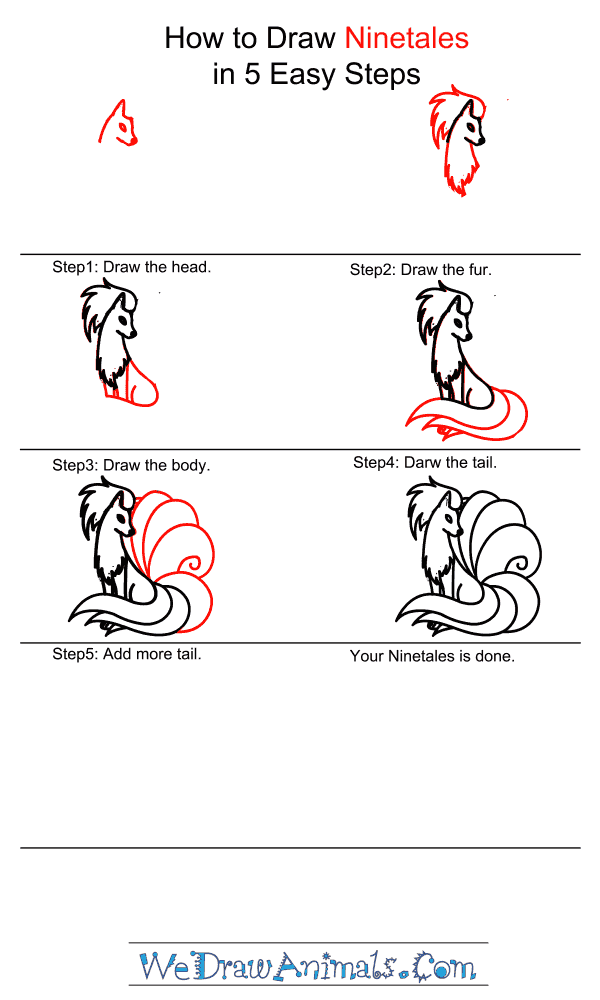 How to Draw Ninetales – Step-by-Step Tutorial