How to Draw Ponyta Pokemon 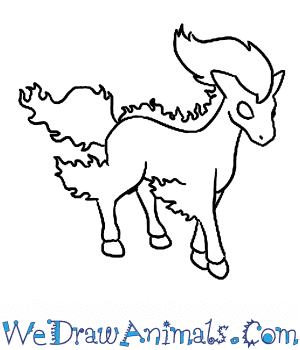 In this quick tutorial you'll learn how to draw Ponyta in 7 easy steps - great for kids and novice artists.

At the bottom you can read some interesting facts about the Ponyta.

How to Draw Ponyta - Step-by-Step Tutorial 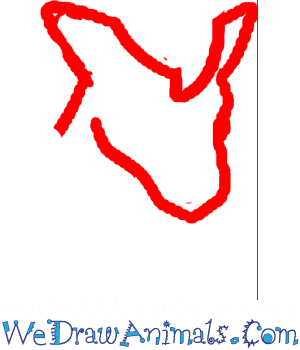 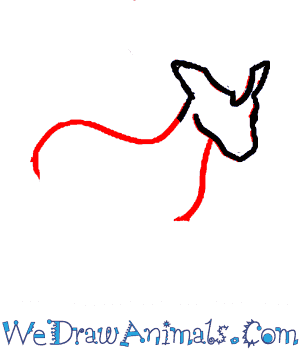 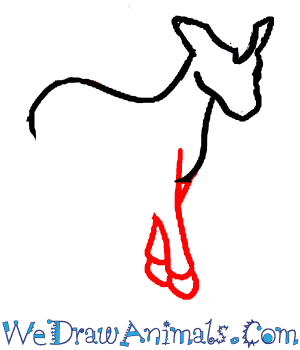 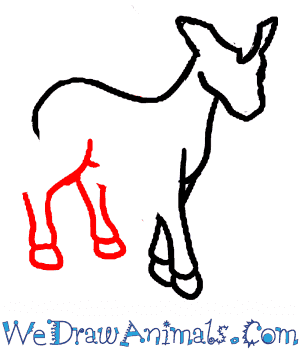 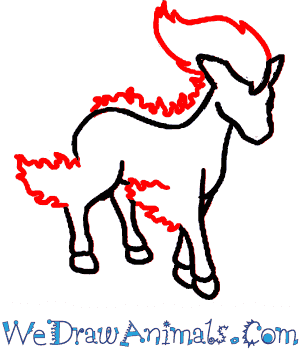 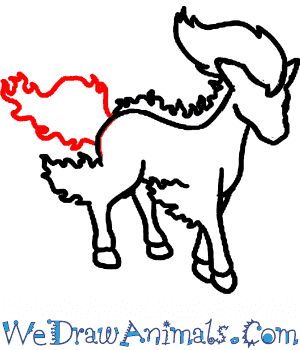 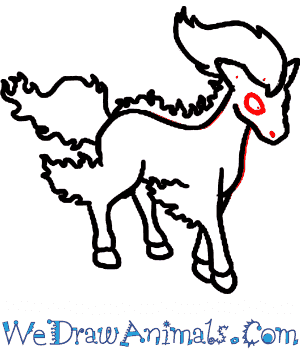 Interesting Facts about the Ponyta

This horse Pokemon is a fire-type, which can be plainly demonstrated by its mane of actual red-orange flame. Its coat is mostly a cream color that ends at the gray hooves on its feet, which are believed to be even harder than diamonds. An hour after being hatched, a Ponyta’s mane will begin to grow out. A newborn Ponyta can barely stand for some time, but once it is able to, it is capable of a great many feats-including leaping over buildings. Their parents help them to gain strength and speed in their legs by being chased by their young. They live in grasslands, fields and plains, where they can run for as far and as fast as they’d like to.

Arts and Crafts Activity Notes: For this project you will need to draw and make copies of the Ponyta for each participant. You will also need at least two small Matchbox-style cars, or anything of a similar structure that the Pokemon can be fixed to with tape. Have everyone color in their Pokemon with crayons, markers or colored pencils, and proceed to instruct them to cut them out with safety scissors. Using bright orange and red pieces of felt, or torn strips from other repurposed material, have everyone use glue to fix these strands of material onto the mane of the Ponyta, giving it a 3D fiery appearance. Once this is done and the glue has dried, use tape to fix your Ponyta to the side of Matchbox cars. If you don’t have many such cars around, just do two to three at a time, and host Ponyta races! Have participants race their Pokemon in a tournament-style showdown until one Ponyta is declared the winner! 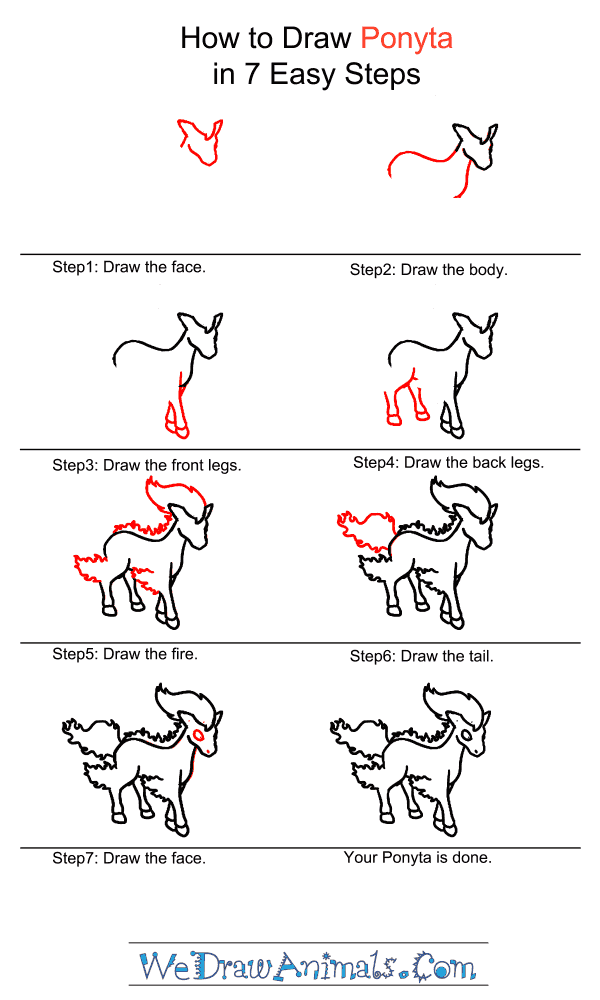 How to Draw Ponyta – Step-by-Step Tutorial

Next post: How to Draw a Mist Frog Pokemon

Previous post: How to Draw a Dwarf Mongoose Pokemon