How to Draw Rainbow Dash From My Little Pony 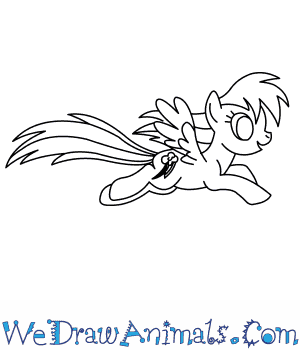 In this quick tutorial you'll learn how to draw Rainbow Dash From My Little Pony in 8 easy steps - great for kids and novice artists.

At the bottom you can read some interesting facts about the Rainbow Dash From My Little Pony. 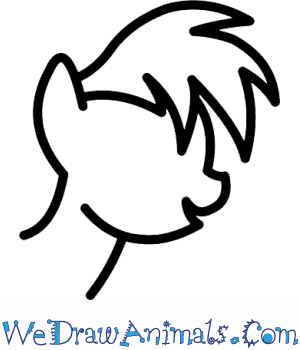 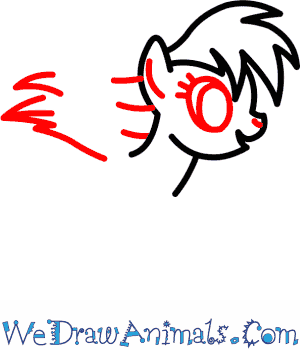 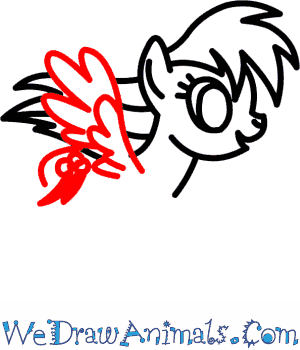 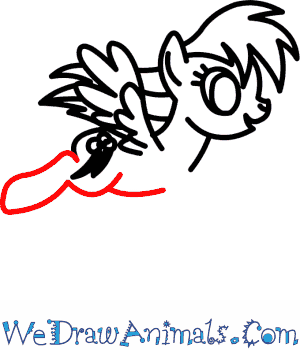 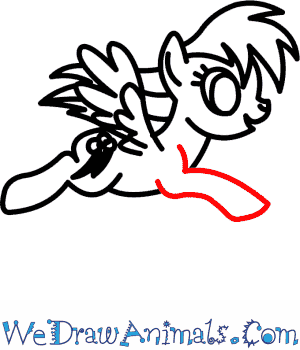 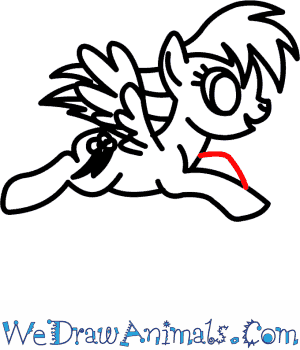 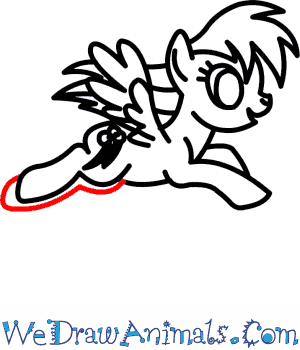 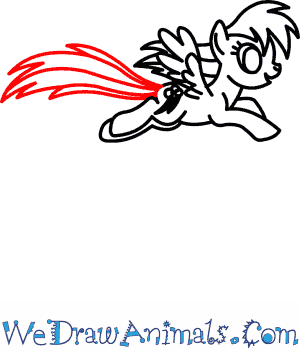 Interesting Facts about Rainbow Dash from My Little Pony

In 1982 a toy company called Hasbro released a line of toy pony figurines. Bonnie Zacherle was the creator of the first rubber figurines in 1981. The toy line lead to an animated series called “My Little Pony Tales.” The most recent incarnation of My Little Pony is “My Little Pony: Friendship is Magic.” The 2010 series a character named Rainbow Dash. Rainbow Dash is the tomboyish Pegasus who is a skilled athlete. She is an aqua colored Pegasus with a rainbow striped mane.

Effect on Pop Culture: The show Friendship is Magic has created a huge fan base. Not only do young girls, the target audience enjoy the show, but adults have embraced it as well. Adult female fans refer to themselves has “Pegasisters.” While male fans call themselves “Bronies.” 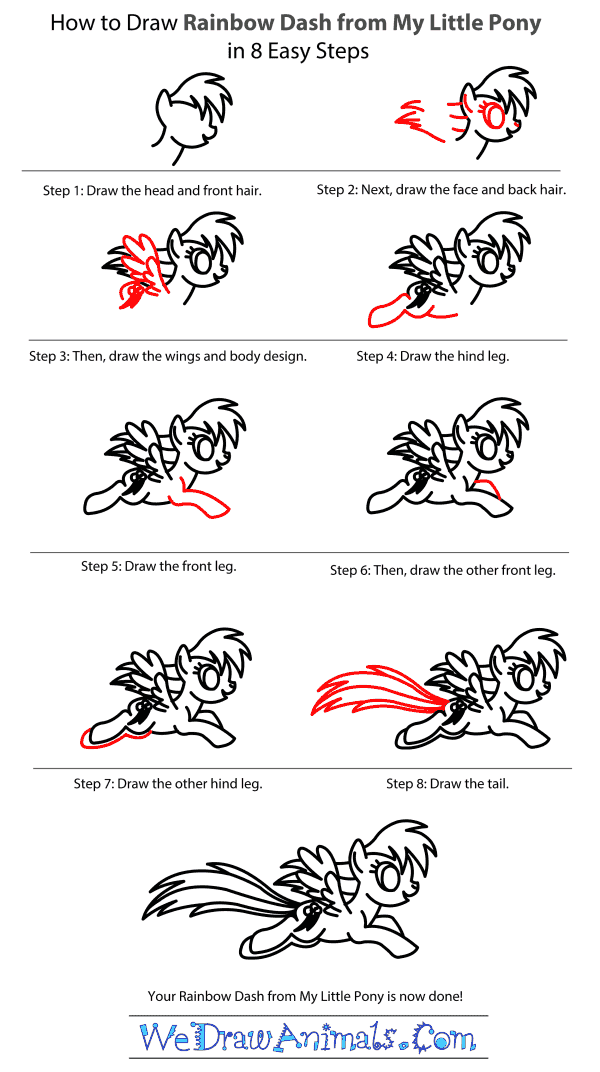 Previous post: How to Draw Blinky Bill From The Adventures Of Blinky Bill