How to Draw Robot Chicken 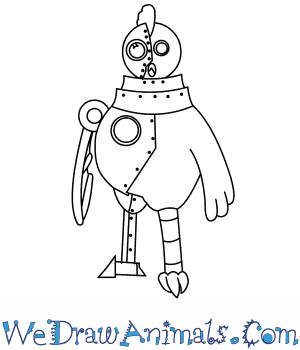 In this quick tutorial you'll learn how to draw Robot Chicken in 7 easy steps - great for kids and novice artists.

At the bottom you can read some interesting facts about the Robot Chicken. 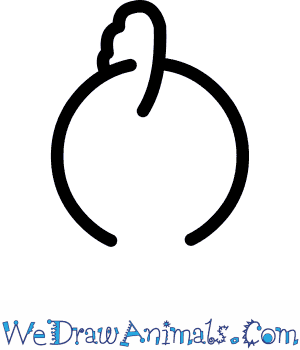 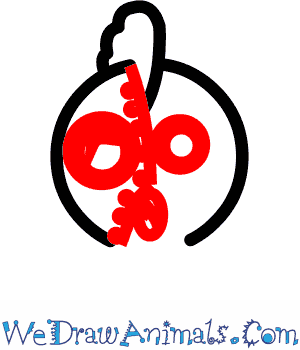 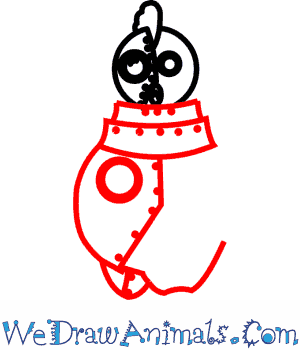 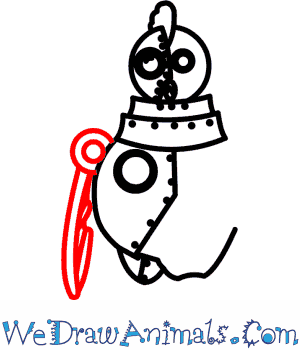 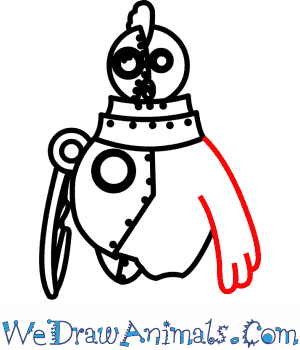 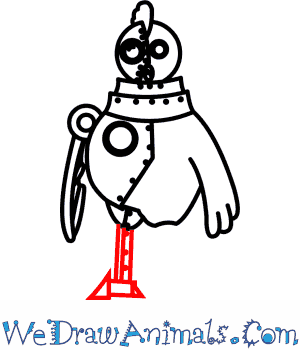 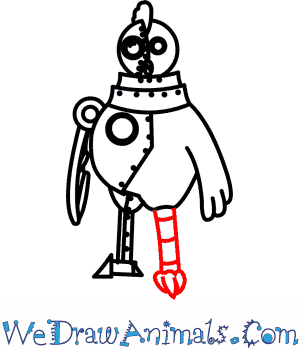 Robot Chicken is a stop-motion animated series that has run on Adult Swim since 2005. Produced by Seth Green and Matthew Senreich, it has proven to be wildly popular and created interest in several older cartoon series that had gone out of style. The show always opens with the same sequence, of the namesake “Robot Chicken” being created by a mad scientist and being forced to watch a bank of TVs, which is likely showing the sketches that the viewer is watching.

Robot Chicken is part of the boom of “adult” cartoons that began with the Simpsons and Ren and Stimpy. Since that period, there has been increasing interest and acceptance of using cartoons in adult story-telling and comedy situations. Adult Swim has grown in popularity and power due to catering to this interest. 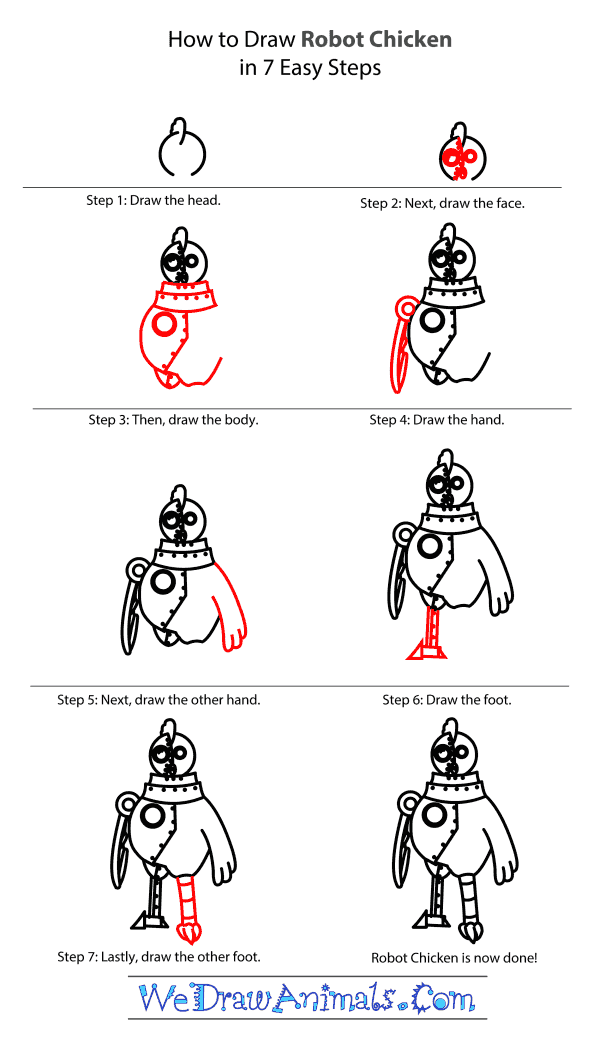