How to Draw Snagglepuss 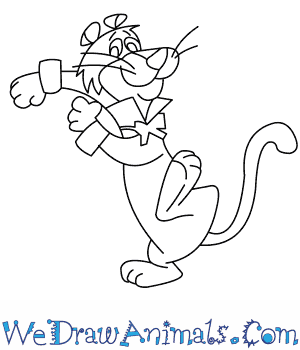 In this quick tutorial you'll learn how to draw Snagglepuss in 8 easy steps - great for kids and novice artists.

At the bottom you can read some interesting facts about the Snagglepuss.

How to Draw Snagglepuss - Step-by-Step Tutorial 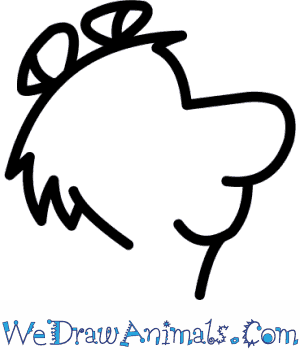 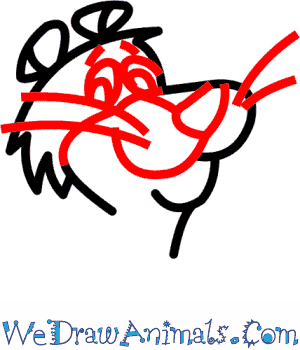 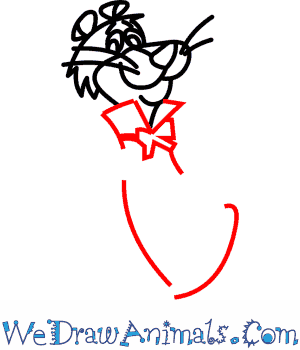 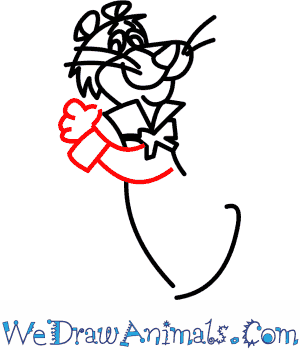 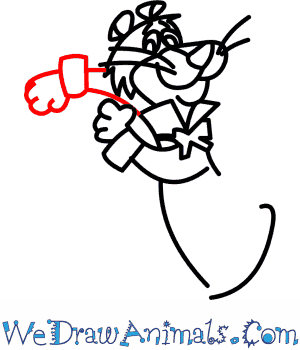 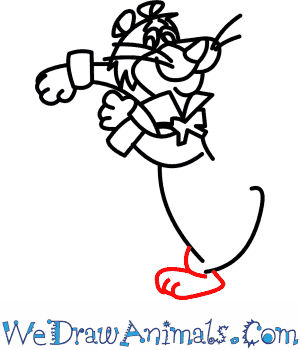 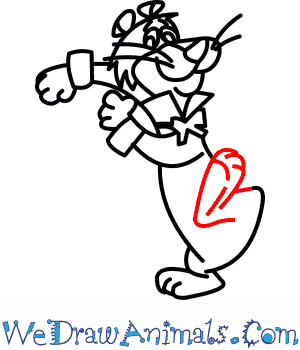 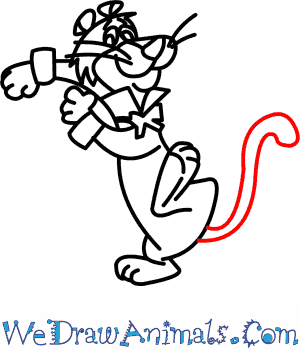 Snagglepuss is a Hanna-Barbera character who first appeared in “The Quick Draw McGraw Show”, starting in 1959. He is shown as being quick-witted, but soft-spoken and easily surprised. Because he is a tiger, he lives in a cave that he is constantly trying to make nicer for himself, although his often fails. Like many Hanna-Barbera characters, he is an animal that also wears pieces of clothing, specifically shirt cuffs, an upturned collar, and a string necktie. Aside from this, he is a relatively “normal” pink tiger.

Catch Phrases: Snagglepuss is known for many catch phrases, unlike other cartoon characters that only have one. “Heavens to Murgatroyd!” is his most famous, but “Exit, stage left!”, is also commonly used. He also has a habit of adding the word “Even” to the end of sentences.

How to Draw Snagglepuss – Step-by-Step Tutorial